The Dutch role model of change 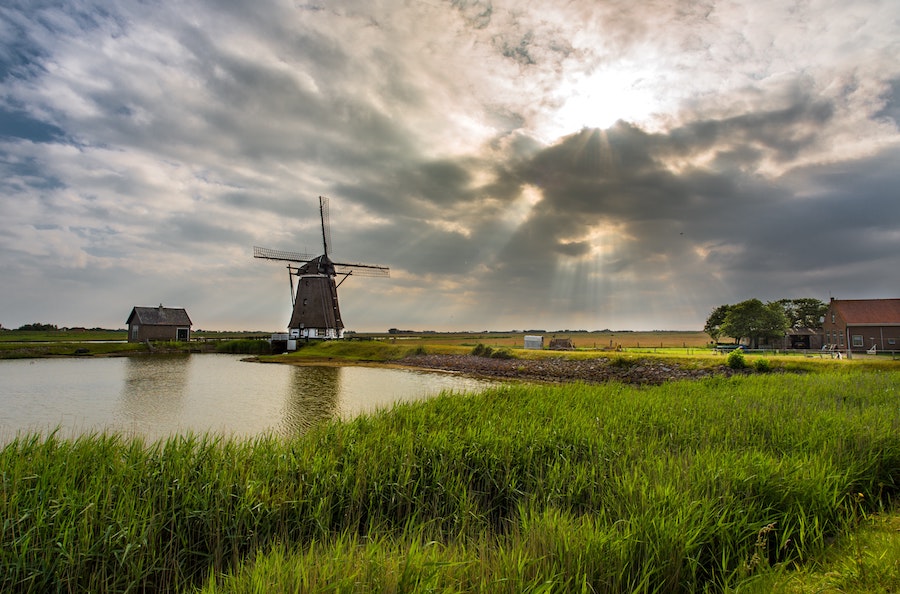 The Netherlands and Indonesia share a special relationship as they were connected for centuries in times of colonialism, separated after the horrible years of Indonesian struggle for independence and later then they have found together again into a respectful and close relation based on strong pillars of common history and development, intense economic and political ties, and so many deep interpersonal relationships among the two countries.

For me living in Bandung, the former Paris van Jawa, a modern Indonesian metropole where the government of West Java is located, it is always surprising to see the respect Indonesian people have towards European countries and the Netherlands in specific. It is maybe part of the open and friendly culture among its citizens in general but maybe also part of a quite realistic view that such huge country can be developed only with ongoing support and expertise from outside.

In regards of industry this support interestingly comes more and more from the North East Asia, from Korea, Japan and from China, while western countries are loosing ground. USA is successfully managing its moral and economic outsider position under its current administration, and Europe is in view of its unity weak, it still gives a diversified picture of small nations on their own who all act via isolated representations in Indonesia.

In the eyes of Indonesia, however, Europe is strong in three areas: democracy, technology and the environment. While the first may be a source for many fascinating articles and books, I would like to focus on the other ones – and here especially on the different meaning and understanding of the environment in the context of a highly industrialized economic conglomerate and a developing nation – to support a changing leadership perspective and vision of one European role model which may guide both continents hopefully soon in future.

We speak about the fact that the Netherlands – based on a broad political consensus – are on the way to implement the toughest climate law in the world. 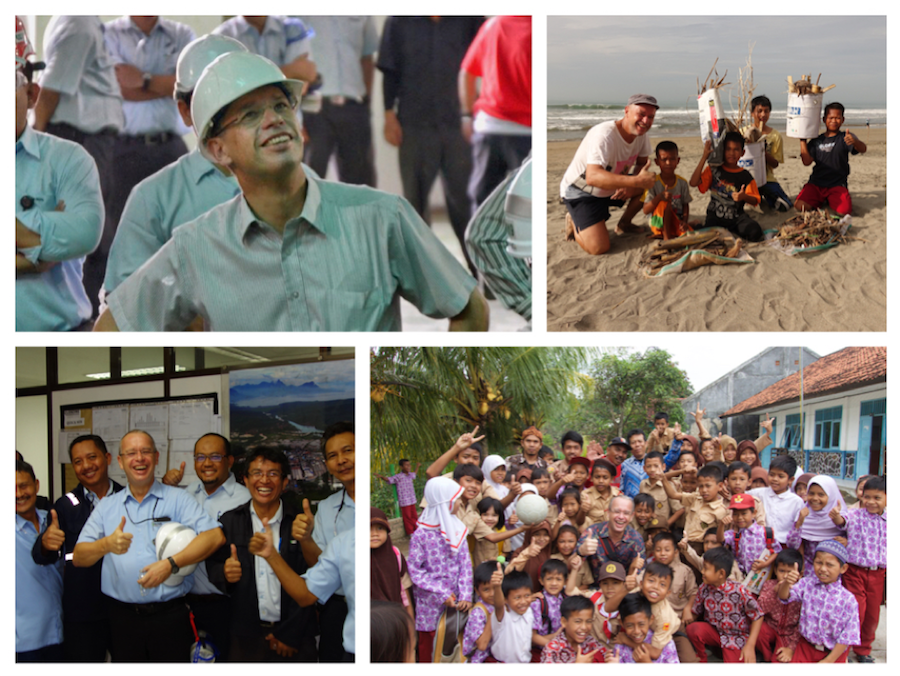 WOOW, this is great, isn’t it! But … is this really needed?

This may be the main question in a controversial global (not only European!) discussion and an ambivalent public opinion process where everybody, and here I mean really everybody seems to have an expert position with strong believes fed by certain sources of doubtful information. I rarely experienced so many bull shit info told to me even by good friends than in this field of changing climate and its impact on humans, our living conditions and life itself.

Lets make clear at this point that there is no doubt about science, all findings which indicate that we are growing to fast, that we are consuming the resources of the planet too fast and that we are polluting and destroying our own basis of existence with a speed and degree of complexity which makes it difficult to interfere.

The Paris Agreement 2015 was a miracle in a mostly confused and disoriented world, a light moment of mankind when under the guidance of the United Nations a milestone agreement regulating global greenhouse gas emissions with impact on Climate Change was negotiated, ratified and adopted by consensus of 196 state parties at the 21st Conference of the Parties of the UNFCCC in Le Bourget, near Paris, France, in December 2015.

Even the US declared its intention to withdraw in meantime in June 2017, the fact that such an agreement was declared and committed by so many countries proves that there is something ongoing, huge and beyond our imagination.

We are losing control over the planet, a disturbing and frightening reality which does not affect all in the same way at the same time. Those who created the miserable situation, mostly the industrial nations of the west built their wealth on the foundation of a global disaster which is coming closer. “Wealthier people produce more carbon pollution – even the green ones” was a great article straight to the point by David Roberts in December 2017. So its not about left or right, its about the rich and the poor and in a wider sense about fairness of distribution. This fairness is very unfair when it comes to the consequences of climate change which mostly hits the poor ones around the world. Even in Asia and here in Indonesia in specific a new middle to high income population is forming which – unaware of the unlucky spiral of economy and consumption – transfers and copies same patterns of inequality into the nation. While those who become wealthy are flexible and can move and enter a better life, those who live a the limit to poverty have to bear the consequences.

“We are doomed” is the logic consequence of scientists and thinkers like Mayer Hillman or David Wallace-Wells. All not that worse will be the answers of those who benefit from sucking the resources and living in a quite safe harbor. Maybe there will be a better wine in Belgium [beside a soccer semifinalist title…

People in my home in central Europe really don’t care that much about global warming, yes there are more heavy thunderstorms visible, but we can insure and our real problems indeed are refugees who want to enter our country. That this is increasingly a consequence of Climate change people are unaware or not really interested in. National politics serve theme, but also catalyzes the problems as they promote their industries only and by doing so they ignore climate change as a crucial political issue created by themselves. Climate change induced migration is – sorry to say – a more or less a welcome argument of fear to be voted again. 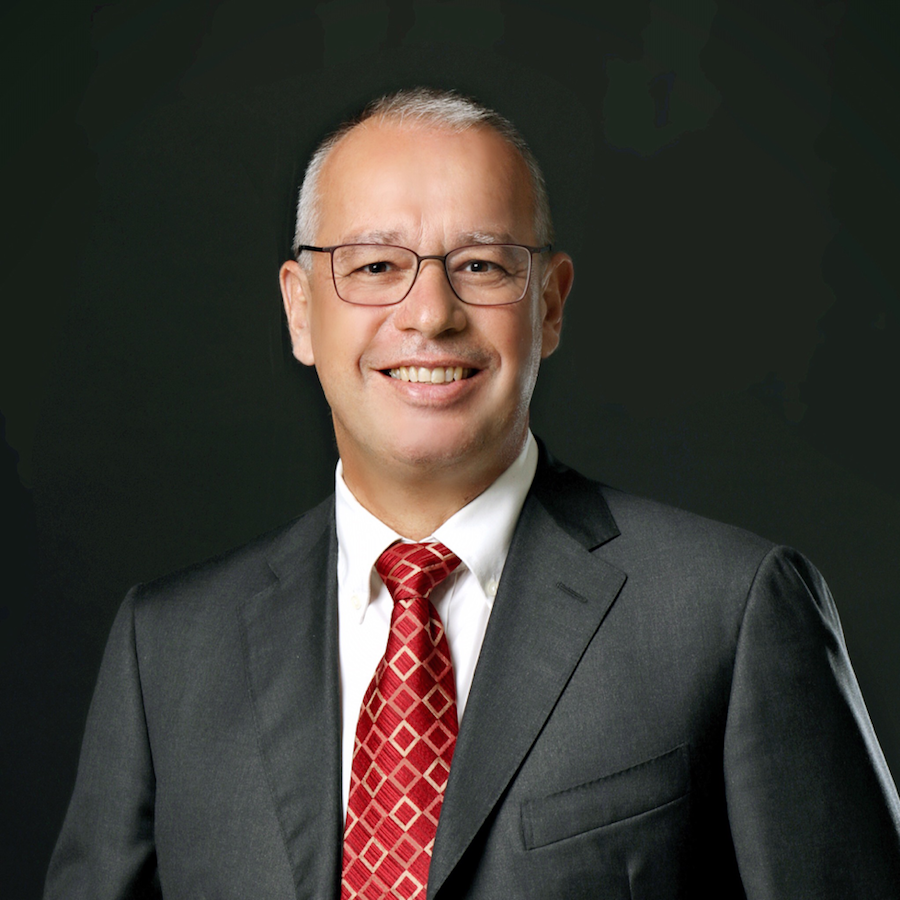 No wonder that implementation of national climate actions plans to mitigate global warming lack behind and will end up in a story of delays and excuses soon. Even warming of 2C will be ‘substantially’ more harmful than 1.5C as per a draft UN report national action plans will be by far too slow.

Its’ a matter of psychology that people and politicians don’t care enough at the moment. As Kate Stein points out in a recent interview with researcher Galen Treuer from University of Connecticut “It’s Human Nature Not To Think About Rising Seas”.

As long as we don’t have a personal threat people have other issues that are very important: affordable housing or Transportation for example. Those are the things that seem to motivate more than the consequences of an impact which may come.

In such situation of excuse and delayed industry serving implementation of measures it is outstanding noticeable to look at the ambitious role model of Netherlands. Maybe people in the Netherlands are feeling the increasing sea levels more than others, or whatever, they are guiding the show, and even the country is not participating in recent soccer world championship, they show an outstanding championship behavior we all can learn from. The Oranjes guide necessary developments and ways into a better future. Whether their positioning and action will be enough I don’t know.

Just a side remark: 18 years ago I learned about the importance of a role model when I argued (for first time in history) an Austrian company towards an European winner enterprise for sustainable technologies. A great success but what I received in between is, that this may be not enough! We need to understand the relevance of local frameworks in Europe when we look to Asia. While discussing the relevance of emissions of 20 or 50 cars with running motors from the chimney of a factory in clean Europe we got stuck in daily traffic jams of big cities like Jakarta with million of cars standing around and emitting CO2 in useless non operation mode every day. As we have the same heaven we share the consequences of effort same as of standstill.

The role model of the Netherlands inspires and gives hope but finally its the leadership learning of all of us (in Europe and Asia) which will make the difference. Do we recognize the urgency for our society to act and maintain the life foundations of next generations?

Even national developments are somewhat disillusioning at the moment I strongly believe into such a role model like offered from the Netherlands. It is guiding leaders in Europe and in Asia to spearhead a more sustainable development, ton take action on our future. True leaders foresee it, they address issues early and they work out plans to counteract. On this stage wise countries like Indonesia also have to enforce positive leadership and international cooperation. The West-East relationship between Netherlands, the European Union and Indonesia may become a recognized shiny example on this important way forward.

Long-serving CEO of one of the largest viscose facilities of the southern hemisphere, visionary green-economy practitioner and entrepreneurial guru.

Independent strategy advisor for business and institutions with 20+ year of excellence in industrial enterprise build up and transformation of emission intensive industry towards sustainability leadership in Europe and Asia.