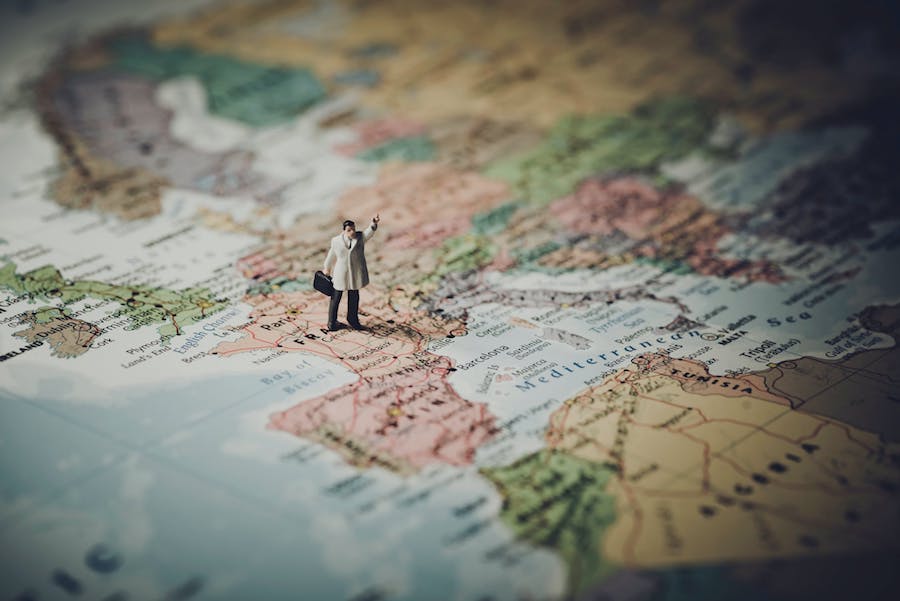 On July 1st, 2020, the Secretary-General of the Union for the Mediterranean (UfM), Dr. Nasser Kamel, participated in an international conference discussing the future of Europe. The event under the name FROM VICTORY DAY TO CORONA DISARRAY: 75 YEARS OF EUROPE’S COLLECTIVE SECURITY AND HUMAN RIGHTS SYSTEM was held at the historic setting of the eldest world’s Diplomatic Academy, that of Vienna, Austria. This gathering was organised by four partners; the International Institute for Middle East and Balkan Studies (IFIMES), Media Platform Modern Diplomacy, European Perspectives Scientific Journal, and Action Platform Culture for Peace, with the support of the Diplomatic Academy of Vienna.

In his highly absorbing keynote, Secretary General Dr. Kamel described the impact of the C-19 event as only amplifying the old issues and long-standing challenges within the Euro-Mediterranean theater. To this end, Excellency especially focused on the economic and environmental challenges faced by the Euro-MED. He recommended that sustainability and resilience should be at the core of the post-C-19 recovery, and gave an important piece of advice to European policymakers: if Europe is to become a global power, a positive engagement with its neighborhood – both east and south – will be of paramount importance. Hostilities and confrontation should be replaced by a decisive cooperation on the common future project. And such a project should include all EU/Europe neighbors without prejudices.

Reflecting on the global impact of C-19, Excellency Kamel stated that the pandemic has pushed the world to a new era, and that the repercussions of this crisis will be extremely far-reaching – not least in terms of economic activity, which is set to dramatically decrease at the global level. As for the Euro-Mediterranean more specifically, the UfM’s Secretary General noted that the region’s existing elements of fragility – most notably the high levels of inequality and the pressing climate change emergency – are set to worsen as a result of the pandemic. To counter the ensuing negative effects, Dr. Kamel advised, resilience must be built through a holistic approach that promotes at the same time an environmental, social, and economic recovery throughout the whole Euro-Mediterranean region.

Secretary General Kamel also touched upon the economic impact of the C-19 in the Euro-Mediterranean region. This impact – he noted – has been markedly uneven, as countries that were more dependent on Asian supply chains, for instance, have been hit harder and faster than others. Starting from this observation, the UfM’s Secretary General delved into the debate about the current economic model and its typical long supply chains. While refusing frontal attacks to globalization as an outdated concept, Dr. Kamel suggested that Euro-Mediterranean countries should increase their resilience and work better to ensure the solidity of their supply chains – for instance though what he called a “proximization”, or regionalization, of these chains. On this issue –he noted– the UfM Secretariat is currently working with relevant partners, including the OECD, as to explore the potential to create regional supply chains – hoping that this could lead to tangible development gains on both shores of the Mediterranean. 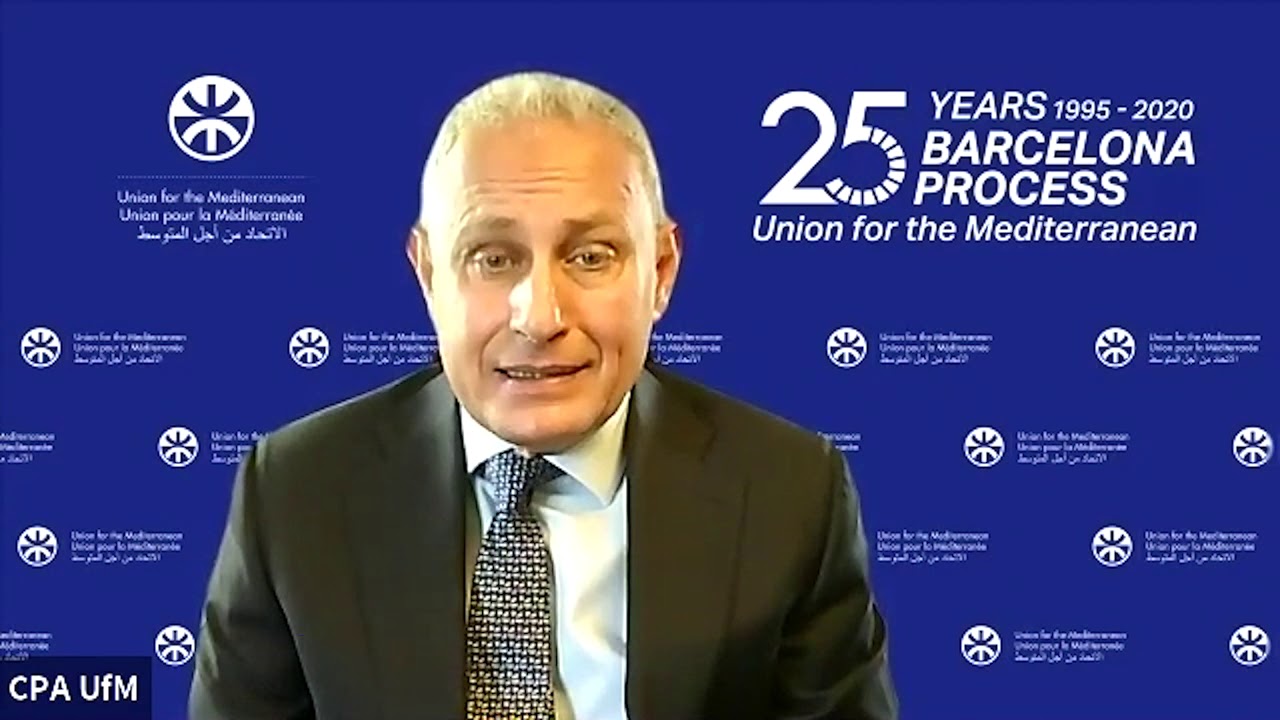 Secretary-General, Dr. Kamel addressing the Vienna Conference while honoring the 25th anniversary of the Euro-MED process.

Besides the oft-discussed economic issues, the Secretary General’s contribution also sought to highlight the importance of environmental considerations, which risk slipping at the bottom of the agenda in times of economic crisis. Dr. Kamel stressed that the climate crisis is a reality that the Euro-Mediterranean region must inevitably face. A report developed by a large group of scientists from several different countries, supported by both the UfM and the United Nations Environment Programme, has highlighted that the impact of climate change in the Euro-Mediterranean is set to be particularly significant – just to quote one statistic, the region is warming 20% faster than the rest of the world. Hence, Secretary General Kamel stressed, the region’s post-pandemic recovery must be more sustainable – more green, blue, and circular – with a focus on enhancing the resilience of societies on both shores of the Mediterranean.

In his concluding remarks, Mr. Kamel decided to stress the interconnectedness of the Euro-Mediterranean region. The European continent is tightly linked to its neighborhood, he noted, both to the east and to the south. Hence, the future of Europe as a relevant economic, political, and geopolitical power depends on how proactive and engaging it will be with its immediate neighborhood – Dr, Kamel said. As for Europe to be prosperous, its neighborhood should be resilient, mindful of the environment, and more economically integrated. At the UfM – Secretary-General assured audience – that is the aim that everyone is hoping, and working, for.

In order to make the gathering more meaningful, the four implementing partners along with many participants have decided to turn this event – a July conference into a lasting process. Named – Vienna Process: Common Future – One Europe, this initiative was largely welcomed as the right foundational step towards a longer-term projection that seeks to establish a permanent forum of periodic gatherings as a space for reflection on the common future by guarding the fundamentals of our European past.

As stated in the closing statement: “past the Brexit the EU Europe becomes smaller and more fragile, while the non-EU Europe grows more detached and disenfranchised”. The prone wish of the organisers and participants is to reverse that trend.

To this end, the partners are already announced preparing the follow up event in Geneva for early October (to honour the 75th anniversary of the San Francisco Conference). Similar call for a conference comes from Barcelona, Spain which was a birthplace of the EU’s Barcelona Process on detrimental; the strategic Euro-MED dialogue. 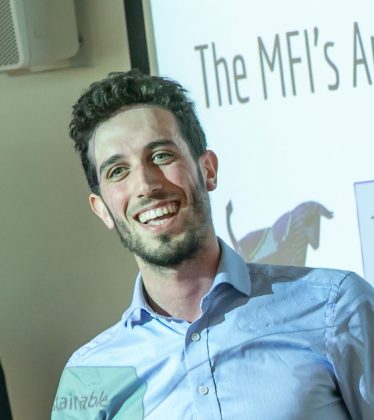 Guido Lanfranchi is an international affairs specialist based in Den Haag. He studied at the Dutch Leiden University and Sciences Po Paris, and working with the Council of the European Union in Brussels. His research focuses on the EU, Euro-MED and Africa.