“Let us write A NEW CHAPTER” 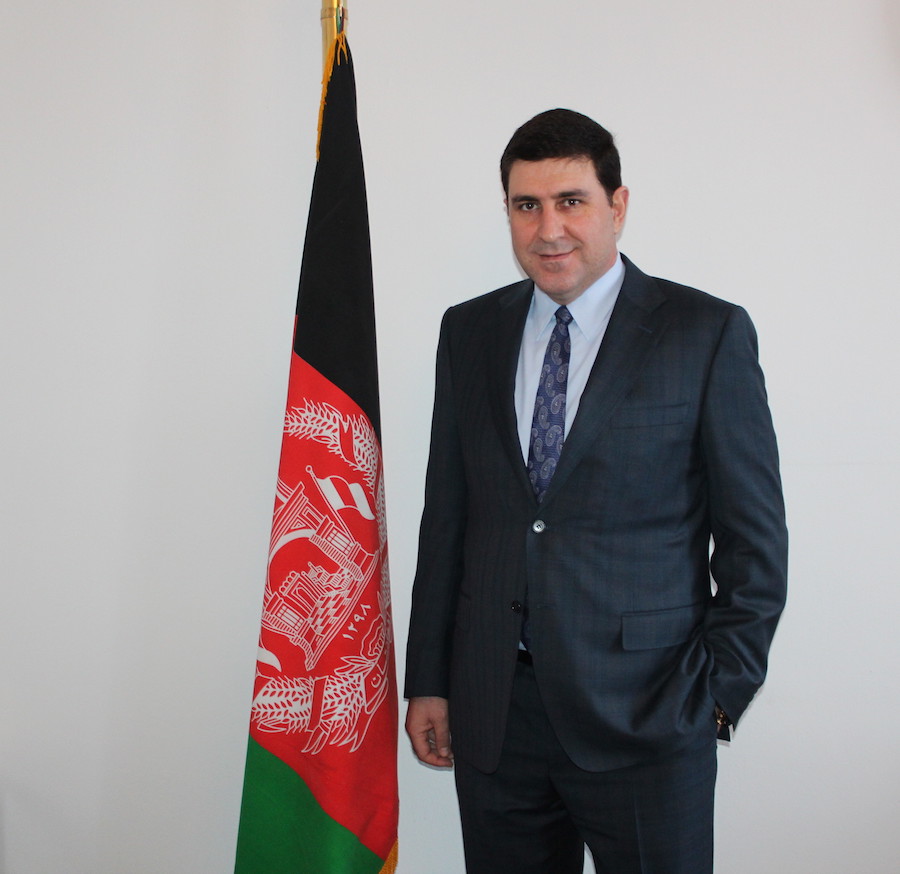 H. E. Shahzad Aryobee, Ambassador of the Islamic Republic of Afghanistan in the Czech Republic

What image comes to mind when you hear the name Afghanistan? Is it a vast country with beautiful countryside, independent people, and enormous cultural heritage as described in many novels? Or is it rather an image of a country paralyzed by a long and protracted proxy conflict, combined with destabilization and despair?

H.E. Shahzad Aryobee wishes that Afghanistan be perceived as a newly emerging country, both beautiful and bountiful, with people wanting to live in peace and maintain stability and good relations.

He has entered politics to stabilize his country and to serve with hard work, honesty, and integrity. Prior to coming to the Czech Republic, H.E. Shahzad Aryobee has served in various bodies of the United Nations, World Bank, and US AID. His most recent post in the Afghan government was the Minister of Communications and Information Technology.

Learn more about the nature of Czech-Afghan relations, which date back to 1919 and, compared to many other foreign relations, have not been interrupted. Start thinking about Afghanistan as a strategic country for investment as Afghanistan prides itself as one of the youngest populations in the world; statistically, 60% of the population is under 25 years. Czech civil servants, please get inspired by the one-stop shop for public services, an entity H.E. Shahzdad Aryobee introduced.

Mr. Ambassador, how would you describe both history and the changing nature of Czechoslovak and subsequently of Czech-Afghan relations?

I am pleased to see that both the Czech government and the private sector have a very positive perception of Afghanistan. We have agreed to open a new chapter for economic cooperation. Economic contact has been a long-standing tradition with increased interest among Afghan officials and private entities to strengthen the positive trend in trade exchange. The trade can develop more robust and better relations. The Czech Republic can be a good market for the dry fruits, organic crops, unique handi- crafts, and mineral resources of Afghanistan. Afghan products meet the highest world and EU standards. Vice versa, Afghanistan can be an ideal place for the technology, machinery, and investment from the Czech Republic.

420 Afghan pilots were trained in Pardubice. The Czech Army was also a part of ISAF forces and Provincial Reconstruction Teams. Czech police forces were also training Afghan counterparts. NATO troops were supposed to pull out from Afghanistan by mid-April, but this move was postponed. How do you see future involvement?

The Czech Republic has been actively involved in Afghanistan both at the bilateral level and as a NATO member, contributing to development and security cooperation. The Czechs were involved in operations such as the air traffic control at Kabul International Airport, provided training, field hospital, and helped to consolidate and increase the opportunities engagement in the country’s reconstruction.

The people and the Islamic Republic of Afghanistan have appreciated the Czech Republic and the international community’s political, economic, and security cooperation over the past twenty years. We paid gratitude to their sacrifices brought by the Allied joined fight with Afghan security forces to combat terrorism and to eliminate common threats.

We respect the decision of NATO member states, assist in the troops’ safe and secure withdrawal, as it is time to open a new chapter of security and political, economic, and development partnerships with the international community. Common threats such as terrorism, extremism, narcotics, and organized crime still exist. Therefore, we need to continue to strengthen bilateral and multilateral relations. Maintaining stability is the essential factor in preventing a new wave of migration to the West, including Europe. The international community, therefore, needs to continue assistance when it comes to military funding, political support and development, and humanitarian assistance.

Afghanistan has gone through a very difficult situation and across Afghanistan, people are in need of assistance. People in Need has been working in Afghanistan since 2001 and their humanitarian aid is appreciated. People in Need in Afghanistan work in the Northern provinces and organize its projects from Mazar-e-Sharif and Kabul’s main offices. The people of Afghanistan are grateful to all those who assist in a difficult time, and we will remember it.

My favorite question is about knownunknowns. What should Czechs know about Afghanistan and vice versa, what Afghans should know about the Czechs?

Let me say that Afghanistan is a landlocked country with a multicultural, multi-ethnic population. It is the 37th most populous country globally; hospitality plays a significant role in the culture and tradition, and women are highly respected in society. I want to tell the Czech people beyond the headlines of war, Taliban, and terrorism, Afghanistan is a new country, emerging and where ancient tradition endures. Afghanistan’s main source of income is agriculture. The country is also one of the richest mining regions in the world with natural and cultural beauty. The world’s largest Buddhas were first built in Afghanistan. Afghan cuisine is sophisticated, beyond kebabs and rice. Afghans celebrate New Year on 21st March called “Nawroz”.

Your Excellency, you have had a remarkable career journey and you are the first politician in your family. Can you share with us some of the milestones?

I was born in 1980 in Paktia Province of Afghanistan, I am married and we have five children. I commenced my career as a technical person at UN offices started from Islamabad, Pakistan, and moved to Mazar-i-Sharif and Gardez in Afghanistan. Subsequently, I have worked for UNDP, USAID, World Bank, and lastly in 2013 as the Planning and Policy Advisor for the Ministry of Borders and Tribal Affairs.

In 2015, I established a new entity called Asan Khedmat (One-stop shop for public services). I was appointed as the General Director of Asan Khedmat under the Ministry of Finance of the Islamic Republic of Afghanistan. In this short time frame, despite the recentness of the organization’s establishment, we were able to take practical steps toward E-services in Afghanistan.

Beginning in August 2017, I served for two years as the Minister of Communications and Information Technology and Executive Chairman of the Afghan Telecom board in Kabul, Afghanistan. As of September 26, 2019, I have served as Ambassador Extraordinary and Plenipotentiary for the Czech Republic.

It is essential to mention that I served as an active member of Afghanistan’s civil society and youth organizations from 2001 until 2014. 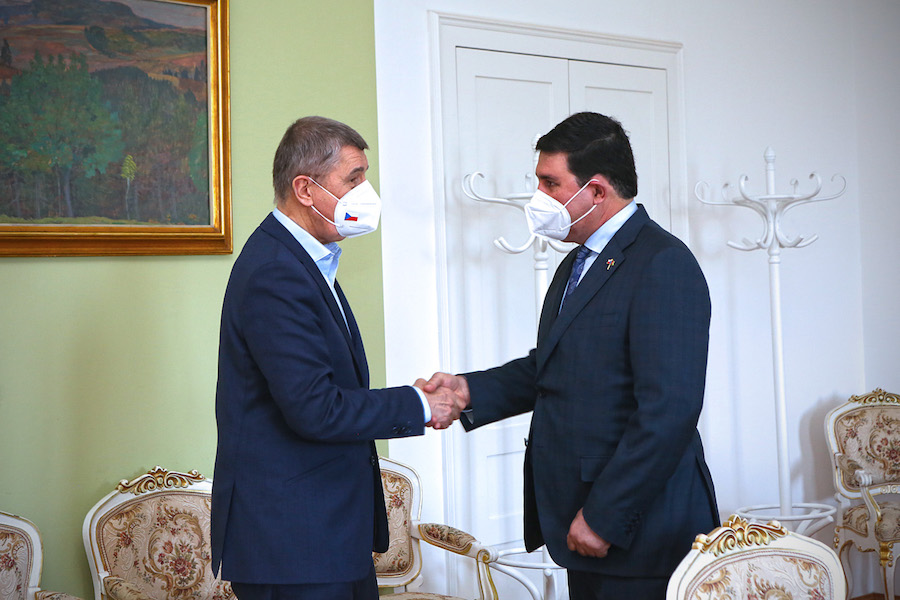 Being engaged in women empowerment and women leadership, I cannot refrain from asking about the current situation of women in Afghanistan.

I accept that women in Afghanistan have been affected by decades of economic issues, insecurity, instability. Despite decades of conflict, the women have focused on revitalizing social systems and establishing new ones to protect, educate and improve their lives. There are enormous obstacles and challenges, but we can see considerable progress achieved. The number of girls enrolled in school has increased considerably and women actively participate in every factor of life. Moreover, because of the current unstable and complex environment in Afghanistan, there is improvement in women’s rights, education, working, and support.

What are your final words for Czech and Slovak Leaders Magazine?

I am very lucky that I have established good relations with the Czech government and businesses. I am pleased to see how people in the Czech Republic are respectful of Afghanistan. Let us write a new chapter on business and economic cooperation, as both countries have a lot to offer to one another. Let me invite all businesswomen and all businessmen to follow the AfghanCzech-Slovak Business and Investment Forum that will take place in June. I hope that the Czech and Slovak Leaders Magazine will be there as well.