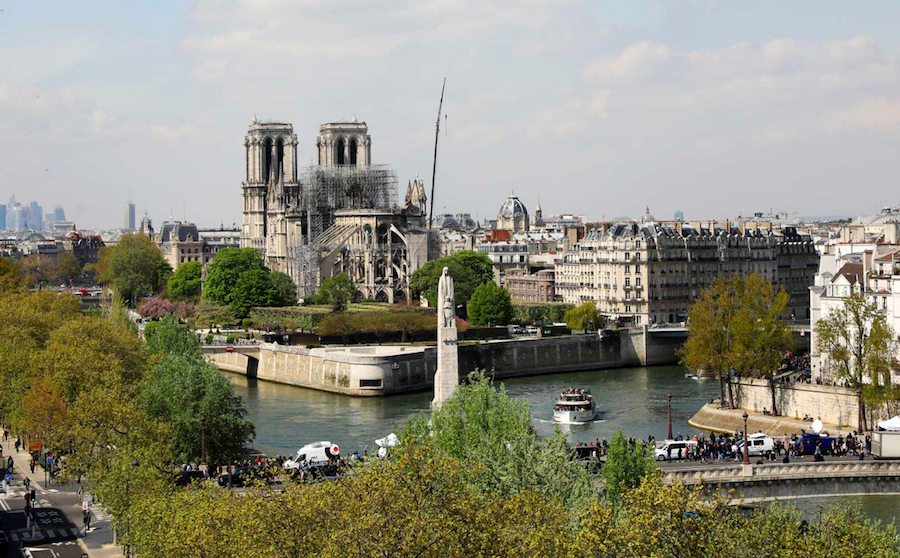 On Monday evening, a massive fire engulfed the Notre Dame cathedral in Paris, France. Firefighters immediately rushed to the scene. Though they were unable to save the famed Catholic landmark’s spire, the building’s main structure remained intact. Now, all that’s left to do is rebuild — and plenty of people are offering to help in that process.

Thousands of people and several billionaires have already pledged money to help rebuild the church. Air France-KLM is also getting in on the kind act by offering free flights to those assisting in the reconstruction.

“All Air France and Air France-KLM teams around the world have been deeply affected and saddened since (Monday),” the airline said in statement. “Air France will provide free transport for all official partners involved in the reconstruction of Notre-Dame cathedral in Paris.” It added, “… in the days ahead, the Air France-KLM group will set up a voluntary donations fund for its customers to help finance the reconstruction work.”

According to USA Today, donations are quickly approaching the $1 billion mark to aid in the rebuilding. Thankfully, several priceless artifacts were recovered — including Jesus’ crown of thorns — and no lives were lost in the fire.

Now, the church’s reconstruction will begin, and according to French President Emmanuel Macron, the entire project will take just five years.