Do Pilots Actually Avoid Flying Over the Bermuda Triangle? 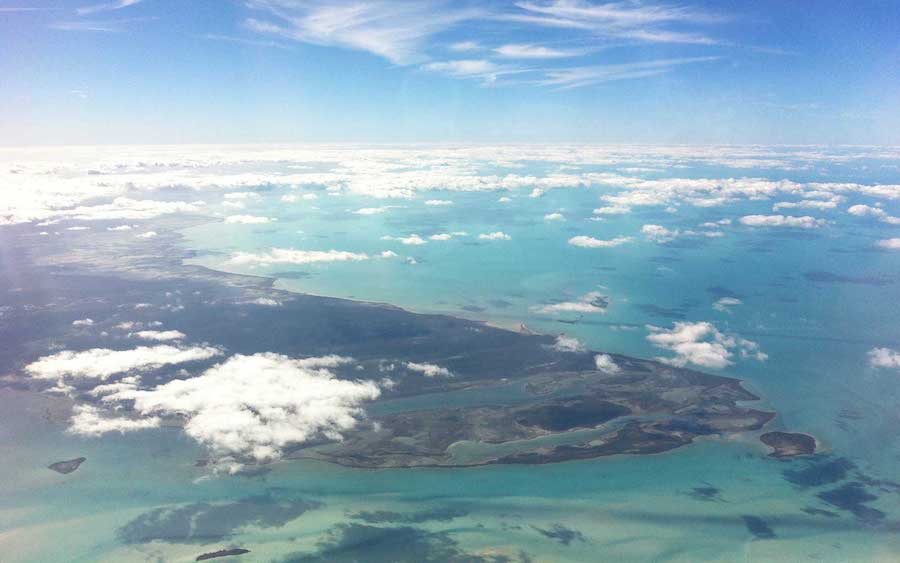 The Bermuda Triangle has always been shrouded in mystery. It’s a place of alien abductions, strange disappearances, and ghostly sightings, so naturally people get a little nervous when they think about flying over it.

What is the Bermuda Triangle?

Also known as the Devil’s Triangle or Hurricane Alley, this area of the Atlantic Ocean has been credited for causing a mass disappearances and a number of wrecks over the years. While people love to throw around conspiracy theories about each of these Bermuda Triangle stories, there may be perfectly logical explanations for all of them.

Still, the superstition continues around this relatively small slice of ocean, so much so that some people refuse to travel around it. Despite the spooky stories, you’d be surprised at how many times people have sailed or flown over the area and not noticed anything out of the ordinary.

Where is the Bermuda Triangle?

The Bermuda Triangle, according to the Encyclopedia Britannica, is an area of the Atlantic Ocean that doesn’t necessarily have an agreed-upon boundary, but it is generally considered to be the area bounded by the southeastern coast of the U.S., Bermuda, and the islands of Cuba, Hispaniola, Jamaica, and, Puerto Rico. According to some calculations, the area makes up anywhere between 500,000 and 1.5 million square miles and is triangle-like in shape. It’s a pretty big area of ocean in general, though relatively small considering the ocean covers about 70 percent of the planet, or about 139.7 million square miles.

According to Encyclopedia Britannica, there’s no telling how many ships or planes that have “disappeared” in the Bermuda Triangle, but some estimates guess around 50 ships and 20 aircraft have gone missing there. Despite these figures, data does not show that disappearances are more likely in this spot. There are two incidents that are considered mysteries of the Bermuda Triangle, specifically the disappearances of Flight 19 in 1945 and the USS Cyclops in 1918. There is no clear indication that these disappearances have anything to do with the supernatural, but they are still unexplained.

Have people gone missing in the Bermuda Triangle?

Conspiracy theorists have proposed many different, though mostly superstitious and inconceivable, reasons as to why disappearances and disasters occur in the Bermuda Triangle. Some have theorized that the area is a hotbed of alien activity, positing that these extra terrestrial beings are abducting humans for study, according to the New York Post. Alien theorists have considered this spot to be a sort of maritime Area 51. Others have suggested that it’s the real-life locations of the lost continent of Atlantis, therefore making it a portal to another dimension, according to History.com.

The most likely culprit for these mysteries isn’t really a mystery at all. According to the National Oceanic and Atmospheric Administration (NOAA), most scientific explanations include the many tropical storms and hurricanes which pass through this area and the Gulf Stream Current, which can cause sudden and extreme changes in the weather. There may even be some evidence that suggests that this area has a particular geomagnetic anomaly that can cause a ship or plane’s navigation to point to “true” north rather than “magnetic” north. This can lead to navigation failure, though it should be noted that magnetic fields are found all over the world and are not exclusive to this area. Other theories also include explosive methane gas that can float up to the water’s surface and cause ships to sink, according to Live Science, and simple, human error. In the case of Flight 19, according to Live Science, it is most likely that the squadron of bombers ran out of fuel and crashed into the ocean. It’s a tragic disaster, but it may not be a true mystery.

The superstitions and stories still prevail, mostly because this area is perceived to have more disappearances or tragic accidents than other parts of the world. However, this is actually untrue. According to the Huffington Post, the World Wildlife Fund found the most dangerous waters on the planet, but the Bermuda Triangle isn’t one of them. In fact, it’s not even mentioned in the report.

According to Live Science, a third of all of all registered and privately owned ships in the U.S. are registered in the area considered to be part of the Bermuda Triangle, and about 82 percent of incidents in 2016 were due to people having little experience at sea. Inexperienced people using road maps or their smartphones to navigate, rather than specialized equipment, may also be contributing to the so-called mystery.

Do pilots actually avoid it?

Considering the superstition surrounding the Bermuda Triangle, many people assume that airline pilots actively avoid this area of the ocean. Of course, anyone who has flown from Miami to San Juan, Puerto Rico probably knows that’s not true. In fact, if it were, pretty much everyone’s Caribbean vacation would be ruined. A check on Flightradar24 will show that there are many flights that crisscross over the Bermuda Triangle, so it’s clear that the area is not actively avoided.

In terms of navigation, flights are constantly monitored by air traffic control, so pilots have support if there is a navigation failure. Weather conditions are also closely tracked every time a plane is scheduled to take off. Accidents, of course, still happen, but not any more so than in other parts of the world.

Investigating Bermuda Triangle conspiracy theories, in general, is more of a paranormal pursuit than a scientific one, so if there are any pilots who do avoid the Bermuda Triangle, they are probably just interested in the supernatural or UFOs. While entertaining these theories can certainly be fun, you can rest assured that the airline industry definitely doesn’t plan its routes around campfire stories.