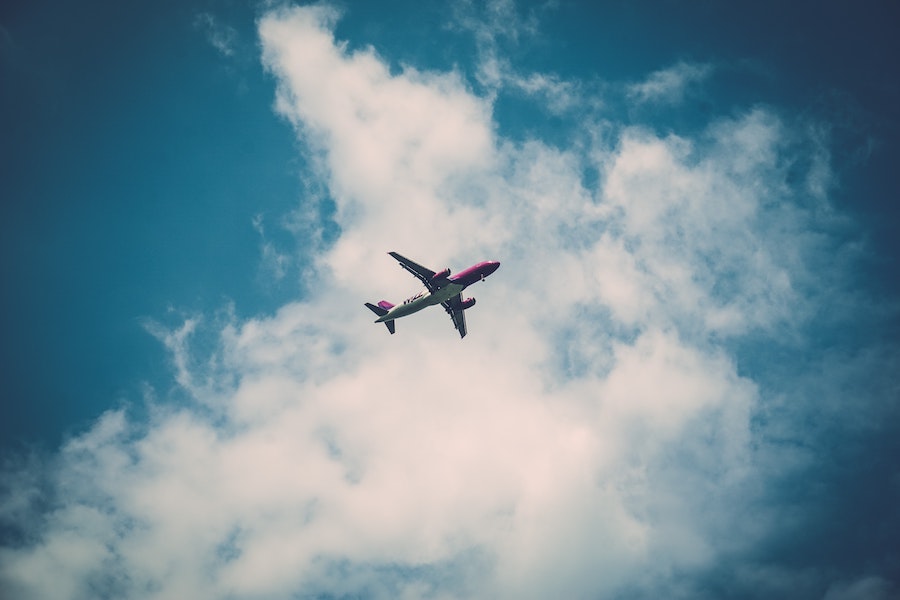 Whether you get on a plane once a year or once a week, there are probably still a few things you don’t know about flying.

From weird safety features to what happens if someone dies on a plane, there are plenty of hidden aspects to life amongst the clouds.

Here are a few secrets you never know about taking to the skies, according to flight attendants, pilots, and industry experts.

1. That emergency oxygen mask only lasts about 15 minutes.

In what probably sounds like a terrifying revelation, the drop-down emergency oxygen masks on the plane are usually only equipped to pump out oxygen for about 12 to 15 minutes, according to HuffPost.

But don’t freak out. It normally takes a pilot far less time to drop the plane to a safe altitude than it does for those masks to run dry of oxygen.

The important thing is to get your mask on over your nose and mouth as soon as you can, as you risk passing out just 30 seconds after cabin pressure drops to unsafe levels.

2. The chimes you hear during a flight are actually a secret code.

Though they’re not usually conveying anything too exciting. According to a blog post by Quantas Airlines, flight crew usually use a system of chimes and bells to communicate across the cabin. These chime-messages could be about anything from the number of remaining snacks to turbulence detected on the flight path. On rarer occasions, the chimes could be a signal from the cockpit conveying an emergency or change of route.

3. It’s technically impossible to die on a flight.

Although flight crew are trained in basic first aid and some are even qualified to perform resuscitation, most flights do not have any staff members on board who are qualified to declare a time of death.

This means that there is technically no such thing as a mid-flight death in the legal sense, as individuals will only be declared dead upon landing, according to the BBC.

4. But if someone does die, they’ll likely be left in their seat.

If someone does die on a flight, most planes don’t have a special area where the body will be kept until landing.

In the vast majority of cases, the deceased passenger will be strapped back into their designated seat if there isn’t an empty row in which to lay the body down, according to the BBC. The passenger will usually be covered with a blanket.

5. Airplane lavatories can unlock from the outside.

Airplane bathrooms only give you the illusion of privacy. You can actually unlock the doors from the outside via an external lock mechanism, which is usually hidden beneath the “no smoking” sign on the door, according to LifeHacker.

Though it might seem odd, the lavatories unlock from the outside for safety reasons.

6. You basically should never touch the water on a plane.

Even if you’re not a germaphobe, you might want to think twice about ordering tea or coffee on a plane.

According to testing conducted by the Environmental Protection Agency in 2004 and 2012, the drinking water on more than one out of every 10 planes tested positive for “high” levels of coliform, which are potentially harmful bacteria found in human feces.

Though coliform by itself is not a serious hazard, it usually signals the presence of other dangerous microorganisms like E. coli.

While the EPA now requires planes to have their water supply tested once a year, most flight attendants will tell you to avoid the onboard water supply at all costs.

7. Dimming the lights is meant to prepare your eyes for a potential evacuation.

No, the crew isn’t trying to lull you to sleep when they dim the lights for takeoff. Turning down the interior lights is actually done so that passengers’ eyes are already adjusted to the darkness, just in case something goes wrong during takeoff or landing, according to Conde Nast Traveler.

8. Flight attendants don’t get paid until the plane doors close.

Flight attendants who earn an hourly wage don’t actually start getting paid until the aircraft doors close. Similarly, they stop getting paid after the doors open, according to The Points Guy.

That’s right — all that time flight attendants spend getting the plane ready, boarding passengers, doing safety inspections, and getting everyone off the plane is unpaid.

Many European airlines use a salary system for compensating their flight attendants, and most crew members on both sides of the pond receive a tax-free allowance to help them cover expenses like food during their layovers.

9. You can actually ask for a whole can of soda.

Some airlines serve soda and juice by pouring a portion of a normal can into a smaller plastic cup. But most of the time, you can actually just request the entire can, according to HuffPost. Nine times of out 10, they’ll happily oblige you for no extra cost.

10. A plane captain has some serious authority.

Federal regulations give the PIC, or “pilot in command,” pretty much unlimited authority while the plane doors are closed, according to Think Aviation.

A PIC can put a passenger in restraints, take a will, write fines, and refuse entry to a passenger who looks sick. A PIC is the ultimate authority on an airplane — what they say goes.

11. Your boarding pass has a lot of hidden information.

Much of the text on your boarding pass probably doesn’t make a lot of sense to you at first glance, but it actually includes a wealth of interesting — and potentially sensitive information.

The first two letters before the flight number refer to the airline. The numerical portion of your flight number is actually a clue as to what direction you’ll be flying in — odd-numbered flights fly south while even numbers fly west, according to Gizmodo.

Meanwhile, the six-character segment of text on your boarding pass is your booking reference or passenger name record. This little code actually can be used online to look up everything from your destination to your age and credit card information.

12. The tray tables are the dirtiest things on an airplane.

The tray table at your plane seat is probably one of the dirtiest things on your flight. They’re only cleaned “about once a day, usually when the aircraft RONs (remains overnight,” active flight attendant Sara Keagle told HuffPost.

Flight attendants recommend bringing sanitizing wipes with you to wipe down your space, as passengers do everything from drool to change dirty diapers on those tables.

Sometimes too much knowledge can be terrifying.

Federal regulations prohibit flight crew from drinking with eight hours of a flight, and airline rules are usually even stricter. Most flight crew members simply grab some food and hit the sheets after clocking off, as the penalties for being caught drunk or even hungover on the job are severe.

“You can arrive for a flight and someone is there to give you a Breathalyzer or drug test,” Shawn Kathleen says. “Nobody f—- around with that,” former flight attendant Shawn Kathleen told the New York Post.

14. Your flight attendant could probably deliver your baby.

Flight attendants aren’t just waiters in the sky — they have some serious credentials. Training to be a flight attendant involves a host of technical and safety know-how.

15. Some flight attendant programs are harder to get into than Ivy League schools.

Most people don’t realize how difficult it is to become a flight attendant.

Delta Airlines’ flight attendant training program is notoriously difficult to qualify for. In 2016, only 1% of the 150,000 applicants to Delta’s program were accepted. In comparison, Harvard University’s 2016 acceptance rate was 5.2%