The World’s Biggest Airport Will Open in 2019 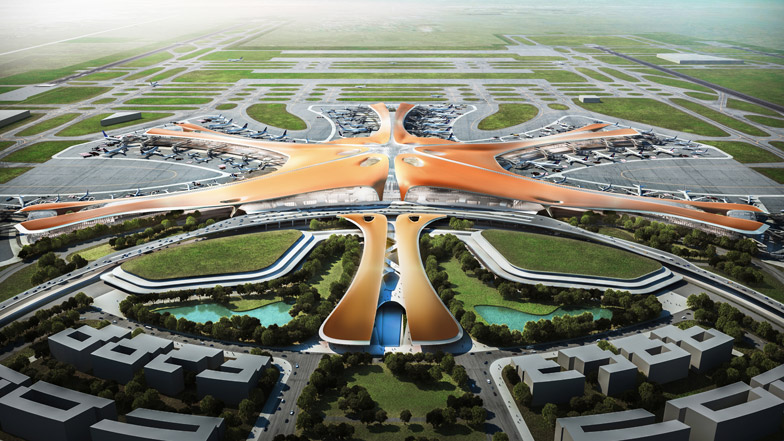 Beijing’s new airport is set to be the world’s biggest, according to Reuters.

The Beijing New Airport, opening in the southern Daxing district in 2019, will serve as a way to meet the growing needs of air transport in Beijing and enhance the country’s civil aviation presence.

It will become the new base for China Southern Airlines and China Eastern Airlines, according to China’s National Development and Reform Commission.

This will put the SkyTeam alliance members under one roof, allowing for easy flight connections for passengers.

The late architect Zaha Hadid designed the Beijing New Airport Terminal Building, which will be filled with civic gardens and include separate passenger areas for international and domestic flights to create a more compact building and reduce travel times.

“The overall symmetry of the airport terminal design, together with its flowing, interconnected forms, create a fluid composition which evokes the harmony and balance evidence in Chinese landscapes, while its colors and materials are an expression of visual language within traditional Chinese culture,” states Zaha Hadid Architecture’s website.

Innovative design features within the new 700,000 square-meter terminal will include a central hub with six curved spikes with walkways that connect to one point to make navigating the terminal easier.

The initial opening phase of the airport will have four runways, while two later phases will lead to additional areas that can push the airport’s capacity to 100 million passengers a year.

Construction is also taking place on a high-speed railway station that passengers will be able to use to get the airport, the State Council of the People’s Republic of China recently announced.

The new airport will help ease travel times, with Beijing’s Capital International Airport currently recognized as the second busiest in the world.