This Is the Scientific Reason Flying Makes You so Tired 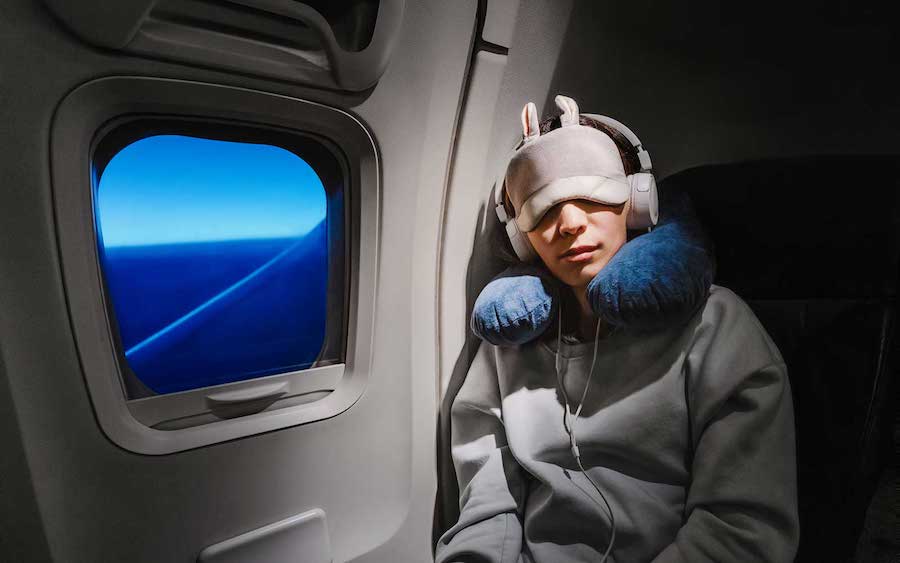 We’ve all stepped off the jet bridge feeling tired, groggy, or ready to practically drop on the floor and take a nap in the middle of a terminal. At least, most of us have.

Traveling can make anyone tired, though it affects some people more than others. This phenomenon is known as jet lag and it’s actually a real, temporary disorder rather than just a traveler’s myth.

What is jet lag?

The Mayo Clinic defines jet lag as “a temporary sleep problem that can affect anyone who quickly travels across multiple time zones.” Our body’s internal clock, our circadian rhythms, stay in one time zone while we physically travel to another, which means our bodies and our body clocks are out of sync. Contrary to popular belief, it’s not actually caused by a lack of sleep.

You may not experience as much jet lag flying domestically from New York to New Orleans, unless you’re particularly sensitive. But flying from New York to Los Angeles and vice versa can cause the fatigue to really set in. International travel, of course, can be especially brutal for this very reason.

There are many reasons why jet lag occurs, and it really has to do with our physiology and what happens to our bodies while in flight. While there’s little you can do to control the plane’s environment, there are ways to prepare your body and take care of yourself after a trip.

It’s no secret that the atmosphere in the plane’s cabin is incredibly dry. This is mostly due to the high altitude, according to The Points Guy, but also because plane air filtration systems often don’t allow for as much humidity as we’re used to on the ground. Combine the air with drinks containing alcohol or caffeine, which are also notorious dehydrators, and people can often experience dry skin and eyes, or even headaches, fatigue, and dizziness.

The Plane’s Elevation and Pressure

The body has to adjust fairly quickly to being at 36,000 feet. Of course, this is why cabins are pressurized – to minimize the effects of being at such a high elevation – but this can also take a toll on the body. According to the Points Guy, cabin pressure isn’t exactly calibrated to what you would feel at sea level. Instead, it’s more like how you’d feel in the Rocky Mountains or Machu Picchu, between 6,000 and 8,000 feet elevation. It should also be noted that at these elevations, the air is much thinner, so there is less oxygen than you would have on the ground. It’s a great improvement compared to cabins that are not pressurized at all, but this can still lead to swelling, ear pressure, and symptoms similar to altitude sickness. You may notice that you feel a bit bloated too, according to the Cleveland Clinic, because “pressure changes cause the gas inside your stomach and intestines to expand.”

Let’s all take a deep breath and remind ourselves that travel is especially stressful, even if it may not seem like it. After all, we just have to sit in our tiny seats and wait for the plane to touch down again, right? Well, according to the Cleveland Clinic, that’s leaving out several stress factors like getting to the airport on time, fighting your way through the security line, finding your gate, getting your bags situated, dealing with the overstimulation of being around thousands of people at once, and then finally sitting in a chair that is most likely less comfortable than you would like for a long haul flight.

Plane’s air filtration systems are quite advanced these days and can help filter out germs and viruses, which is why it’s actually recommended to open your air vents when you travel. Still, you can be exposed to germs and viruses from the people around you or from things you touch around the airport. “We can catch something from other passengers who are coughing, sneezing, or even just breathing nearby,” said Dr. Matthew Goldman from the Cleveland Clinic.