2020 – A Year when Distancing became Social 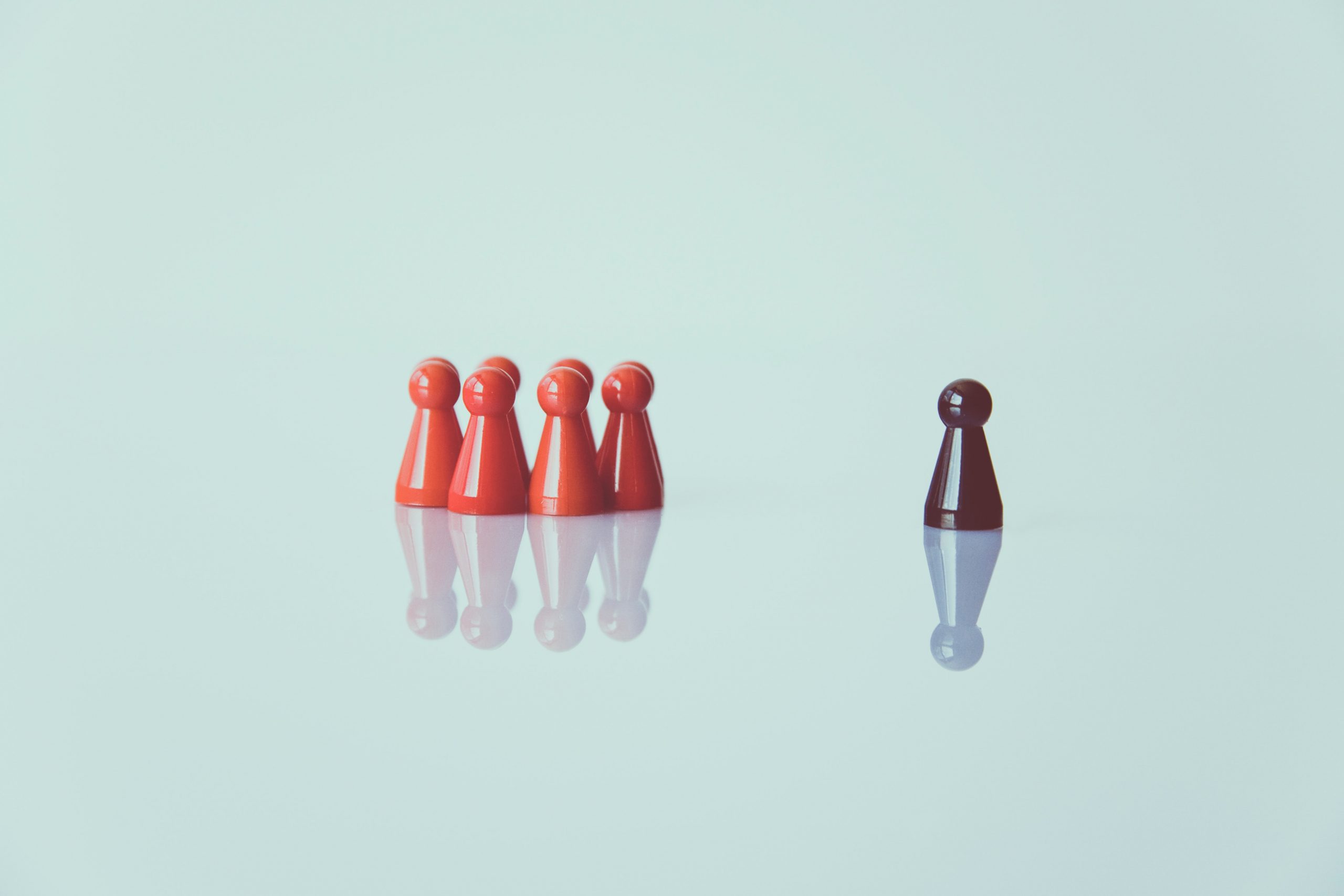 “A state of complete physical, mental and social well-being and not merely the absence of disease or infirmity.”

– Definition of Health,Preamble of the World Health Organisation (WHO) Constitution, 1948

These days, many argue that our Covid (C-19) response is a planetary fiasco, whose size is yet to surface with its mounting disproportionate and enduring secondary effects, causing tremendous socio-economic, political and psychosomatic contractions and convulsions. But, worse than our response is our silence about it.

It is an established fact that the quintessence of Nazism was not Hitler and the circle of darkness around him. It was rather a commonly shared ‘banality of crime’ atmosphere: Benevolent acceptance of ordinary village people living next to Auschwitz, Mauthausen, Dachau that the nation must be ‘purified’ … The day when questioning stops and silent acceptance becomes a ‘new normal’ is a day when fascism walks in a big time. Of course, today we have a diagnosis for it: Manufacturing consent through choice architecture, of a fear-imprisoned, via media infantilised (returned to the pre-Oedipal phase) psychology of the de-socialised and alienated, an atomised one.

Did we really forget basic teaching of our history: Every time when the power was unchecked, it degenerated into the obscure brutality; ritualising its force with a stamp on or under our skin to visualise and immortalise the twilight of reason?

So, our C-19 response illustrates – the argument goes – nothing else but a social pathology: the non-transparent concentration of power, and our overall democracy recession – further bolstering surveillance and social control systems. All that as lasting consequences of cutbacks, environmental holocaust, privatisation (or PPP-ization) of key intergovernmental and vital national institutions, ill-aimed globalisation as well as of the fixation on overly allopathic, mandated (not repurposed but usually novel and expensive) drugs-centred healthcare, and lack of public data commons. Pandemic or plundermic …

Trust in and support to governmental and intergovernmental institutions is rapidly deteriorating. Ever larger number of citizens do not see the mainstream media (or pop culture celebrities) at service for population. Dialogue and opinionation is rarefied and discouraged, if not even sanctioned. Hence, the faith in western medicine is in a free fall. Compromised generational contract and thinning social consensus are challenging our fabrics like never before in recorded history. The first real stress-test since the end of the WWII, the United Nations (UN) clearly didn’t pass. Many feel deeply disappointed with and disfranchised by the universal organisation and its Agencies for its lasting “self-marginalisation”. Is our cohesion irreversibly destroyed?

Early lockdowns, mid-March 2020, were justified by a need to flatten the curve of the ‘sudden’ virus’ (harmfulness, mortality and transmissibility) impact, since there were no enough hospital beds. In the meantime, the lockdowns were extended and widened, curves not arguably altered. Still, for the past 9 months, there is hardly any new hospital built in the EU although the non-essential medical services are by and far suspended. Neither there was or is any massive investment into general health prevention. The only visible infrastructure growth is in 5/6G networks expansion.

Following a simple ratio that the one’s level of health is genetic expression of life-style choices made, it is no surprise that there are also growing speculations if the lockdown – as the most notorious expression of monofocal perspective and rejection to any scientifically contested, debate-based integrated judgment – is invasion or protection:

E.g. Le Monde Diplomatique – while examining the possible merge between tech oligopoly and political monopoly – claims: “Political decisions have been central in shaping this tragedy — from the destruction of animal habitats, to the asymmetric funding of medical research, to the management of the crisis itself. They will also determine the world into which we emerge after the worst is over.” Over the past 30 years, every critical juncture had a similar epilogue: pardon and enhancement for the capital, a burden and suppression for the labour. The C-19 is no exception to it: Ever since early lockdowns of March 2020, the capital flows unhindered while the labour, ideas and humans are under the house arrest. The XXI century frontline is the right to health (incl. body integrity and informed consent) and labour, privacy and other fundamental human rights and liberties. (LMD, IV20)

Earth provides enough to satisfy everyone’s needs, but not for a single man’s greed

Still to be precise, the WHO- decreed virus pandemic brought nothing truly new to the already overheated conduct and increasingly binarized world affairs: It only amplified and accelerated what was present for quite some time – a rift between alienated power centres, each on its side of Pacific, and the rest. No wonder that the work on the C-19 vaccine is more an arms race than it is a collaborative humanistics.

Would all this be – in its epilogue – about the expansion of techno-totalitarian model of government as an alternative to liberal democracy? Devolutionary singularisation into techno-feudalism as the highest stage of capitalism? Is now a time to return to the nation-state, a great moment for all dictators-in-waiting to finally build a cult of personality? Hence, will our democracy be electro-magnetised and vaccinated for a greater good (or greedier ‘god’)? Will we be (ever) allowed to exit this year?

One is certain, confronting the long-term interests of stakeholders with the short-term interests of shareholders, the private sector from both sides of Atlantic exercises disproportionate power in the technological share (infrastructure and data). It also largely benefits from the massive public research funds while in return paying dismal, negotiable tax if at all. Far too often it comes with the nondisclosure agreements, liability outsourcing/protections and other unilaterally beneficial legal instruments as well as with the close ties between the private sector, intelligence agencies and media.

The same applies to a big Pharma which increasingly dictates a non-preventive, monofocal approach to medicine and research, and controls reporting about it – not always in the name of our public health.

Therefore, the above represents the largest underreported threat to our democracy and future societal conduct.

Conclusively, bioinformatics is a dual-use technology. Past its formative age, it has today a huge weaponization potential for at home and abroad. Consequently and urgently, this necessitates a comprehensive legislation which builds up on the Universal Charter of Human Rights and Nuremberg Code, and rests on its effective enforcement (with the monitoring of compliance mechanisms as set for the IAEA, OPCW, RC-BTWC and the Nagoya protocol), nationally and internationality.

Pop Europe, back to its Future

By many accounts, 2020 – a year when distancing became social – will be remem- bered as the worst year in living memory (since 1939). Some would say; C-19 stopped history, as it locked down our dialogues. Actually, 2020 only quarantined and halted us, while in fact it accelerated history. This especially refers to the Old Continent.

As this author noted in spring 2020: “It is amply clear from the C-19 event that the right to health is an issue for all. The search for a reliable cure for pandemics control is not a matter of private business, but of fundamental individual rights situated on higher levels of sociableness, as embedded in the UN and EU Charters, and being obligatory for each of the UN Specialized Agencies or EU bodies to comply with. (Not a fear based manufactured consent, but the right for informed consent as an inseparable segment of the constitutionally endorsed right to health.)

Even if the vaccine becomes the agreed or preferred option, it must be made available patent-free for all, and locally manufactured. However, binarization of debate onto a pro-and-con vaccine represents a dangerous reductionism and waste of planetary energy critically needed for a holistic and novel approach. There is no silver bullet for the European problems. Consequently, there is no solution in one-directional medical research in response to any pandemic, and in a single-blended (or centrally manufactured, hastily introduced) and mandated medication for all. This especially refers to the genoccine. (Dogma is based on a blind belief; science necessitates constant multidimensional exploration. Science, especially a medical one, holds no single or absolute truth: The closest it can get is to the least wrong answer – which must be contested constantly, literally every day.)

Proportionality of our (current and future) responses in Europe is another key issue. Hence, what presents itself as an imperative is the universal participation through intergovernmental mechanisms. That rule applies for at home and for abroad, as the Union has to comply with (and set example to) it urgently – since biology and geopolitics have one rule in common; comply or die.

Growing particularisms in Brussels quarters, where (on taxpayers money and public trust) it is more and more the particular – be it individual, regional, national, lobby-groups driven – interest that prevails over the solid all-European project of our common presence and future.”

Past the Brexit, the EU has to be extra cautious about its chronic democracy-deficit, apparatchik alienation of Brussels, as well as the brewing concerns that the EU without UK becomes yet another greater Germany.

Author is chairperson and professor in international law and global political studies, Vienna, Austria.  He has authored seven books (for American and European publishers) and numerous articles on, mainly, geopolitics energy and technology.  Professor is editor of the NY-based GHIR (Geopolitics, History and Intl. Relations) journal, and editorial board member of several similar specialized magazines on three continents. His 8th book, ‘No Asian Century’ is scheduled for winter 2020-21.