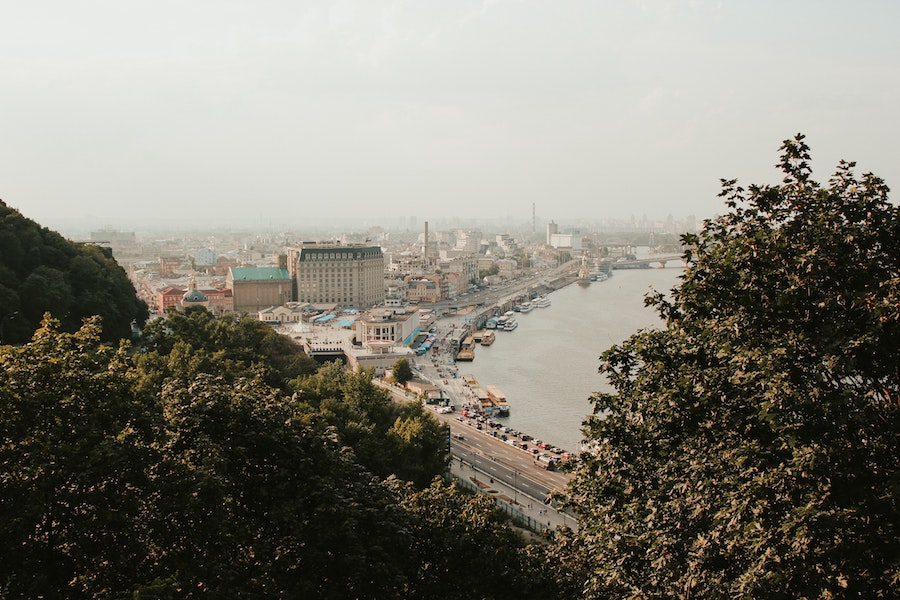 However, the opposition candidates expressed their discontent over the results of the elections. Particularly, Svetlana Tikhanovskaya, who won 10.09% of the votes.

Immediately after the closing of the polling stations, citizens started the protests in order to express their discontent over the just held elections and the election results. The opposition went so far in its stances that it alleged that the opposition candidate Tikhanovskaya had won 80%, and Lukashenko only 10% of the votes.

Analysts believe that while the just held elections were not ideal, had some shortcomings and could have been conducted in different atmosphere and conditions, an inverse election result is practically impossible bearing in mind the organization of Belarus, its political modus operandi and the sentiments of the electorate.

Belarus is a country with numerous specificities. Its geopolitical position is a kind of a geopolitical crossroads between EU and NATO countries, Russia as it biggest neighbor and Ukraine. Poland, Lithuania and Latvia, all EU and NATO members, have their historical memory and interests, which at any moment could spark tensions and/or conflict. On the other side, the relations with Russia have never been ideal. Namely, Russia has viewed developments in Belarus as developments in its own backyard, because it believes that through Belarus the West and NATO were attempting to advance closer to the border of Russia.

As a pragmatic president, Lukashenko mainly strived to balance his policy between the West (EU) and the Russian Federation. In such a tense neighborhood Lukashenko’s pragmatic policy played an important role in the signing of the still valid peace agreement in Minsk in 2014 and 2015, on the basis of which the war conflicts in Ukraine were stopped.

Belarus is a part of a rather loose alliance of the states of Russia and Belarus, as well as a member of the collective defense alliance (ODKB), led by Russia. Russia responded to the pressures from the West with the establishment of a security integration process in the Euro-Asian territory. Firstly, in 2001, the Declaration on the Establishment of the Shanghai Cooperation Organization (SCO) was signed by presidents of five independent countries from the territory of former Soviet Union and the President of the People’s Republic of China. The intention behind cooperation within the Shanghai Cooperation Organization (SCO) was establishment of a single military-security alliance.

The next step was the establishment of the Collective Security Treaty Organization (ODKB) in 2002, as a military alliance of countries of the post-Soviet territory, which included Russia, Belarus, Kazakhstan, Armenia, Kirgizstan and Tajikistan.

Reactions by EU leaders to the elections in Belarus were rushed and superficial just like in other important regional and global affairs. This justifies the stance of analysts that with such reactions and unharmonized foreign policy the EU will not be an important actor in international relations for quite some time to come.

Ursula von der Leyen, President of the European Commission (EC) stated: “Today, we give them three clear messages. Firstly, we stand by the people of Belarus, who want fundamental freedoms and democracy. Secondly, we will sanction all those responsible for violence, repression and falsification of the results of the election. The people of Belarus took peacefully to the streets and the authorities answered with violence, and this cannot be accepted. Thirdly, we are ready to accompany peaceful democratic transition of power in Belarus.”[2]

Analysts believe that the statement by EC President Ursula von der Leyen is disputable in some aspects and particularly in the part that is related to offering of EU services in support of peaceful democratic transition, that is transition of power, because it opens the question whether there a change in the EU foreign policy had occurred- or a kind of EU imperialism. With such statements the EU interferes in the toppling of constitutional-legal order of a sovereign and independent country. The situation in Belarus should not be seen in black and white, because it is far more complex. If we do not know and understand the Soviet model, rule and reasoning, we cannot understand Belarus either. Therefore, it is necessary to be very careful and not enable interpretations that would, de facto, push Belarus into the Russian sphere of interests, which would mean creation of another failed state and frozen conflict. Therefore, the EU did not respond more strongly in the case of Belarus, because it does not wish to contribute to fulfillment of more than evident particular interests of Lithuania and Poland with respect to Belarus. In this context, it is important to warn the neighboring countries not to interfere in internal matters of Belarus.

On the other side, in the war against Georgia in 2008 and with the recognition of the breakaway provinces of South Ossetia and Abkhazia, Russia has made a convincing demonstration of its renewed power and resolve to protect its interests. It was a clear warning against further territorial aspirations of NATO, as well as a message to the US and other countries that the time when they could have almost unimpededly undertake actions to the detriment of national interests of Russia is gone. The Russian position further gained in relevance after the annexation of the Ukrainian peninsula of Crimea to Russia and the beginning of major opposition to the pro-Western policy of Kiev in the Donbas region.

Analysts believe that the EU should lead a far more responsible policy towards Belarus and get familiar in detail with the situation in the country before making a final decision. Rushed moves had already caused damage to the EU, not just in Belarus but also in the broader post-Soviet area and the West Balkans. The EU is not an ideological creation and what it can offer to others is the rule of law and legal order, which has already been brought into question in many aspects. Primarily through the actions of the Visegrád Group of states (V4) and their (re)interpretation of a legal state and human rights.

Citizens of Belarus had an opportunity to witness cases of failed states in their immediate and wider neighborhood. In example, in Georgia. The current developments in Ukraine also do not instill hope in a better outcome. That is why the citizens want to maintain peace and stability and do not want a failed state. The Soviet model has made a home in the minds of many citizens of Belarus as an expression of nostalgia for the past times. This is similar to what is happening with a part of the population in the area of former Yugoslavia who long for the life they had in the former Socialist Federal Republic of Yugoslavia.

In fact, these pro-Soviet thinking and sentiments have developed a high level of patriotism among citizens, which is particularly marked in Belarus, which is why any interference from outside can generate negative effects.

According to the analysts, Presidential Candidate Svetlana Tikhanovskaya made a cardinal mistake when she chose to seek refuge in the neighboring Lithuania. Namely, Belarus has a number of political disagreements and disputes with Lithuania, particularly now when Lithuania has officially, as well, introduced sanctions against Belarus and its President Lukashenko. In fact, analysts also drew a parallel with such a situation and asked how the citizens of Serbia would respond to a situation in which a defeated presidential candidate in Serbia would find refuge in the neighboring Croatia and request from this neighboring country to be installed in power. The developments in and around Belarus show a strong engagement of the foreign factor, which strengthens the position of the current president and it is not known whether that is, actually, the goal of the West?

The above is not the only resemblance between this situation and the one in the West Balkans. With the procrastination of the negotiation process with North Macedonia and Albania, the EU has lowered its rating and the trust of the citizens. By not opening new chapters in the negotiations with Serbia during the Croatian chairmanship of the EU Council, the EU further reduced its own credibility as being the right democratic orientation for the region, which is neither good nor necessary.

The most concrete parallel can be drawn between Belarus and Montenegro. Does the EU apply double standards in its treatment of Belarus President Alexander Lukashenko and Montenegro President Milo Đukanović (DPS), whose regime has been in power for 31 years in Montenegro? Namely, Đukanović is directly connected with war crimes (1991-1995) as well as (international) crime and corruption. Furthermore, Montenegro has become a full-fledged member of NATO, which is the strongest military-political alliance and places a major emphasis on fulfillment of democratic standards. Hence, the question to be asked is will the EU recognize the results of elections in the smallest country on the Balkans, Montenegro, which will be held on 30 August 2020 and then convene an extraordinary summit of the EU to address rigged and irregular elections by Đukanović’s regime. Analysts also warn of the parallel between the Belarus leader Lukashenko and Montenegro president Đukanovića related to their long “service” in top positions in their respective countries. Specifically, the period of Đukanović’s regime is five years longer than Lukashenko’s and Lukashenko was not involved in commission of war crimes, unlike Đukanović.

Thecentral question that is inevitable and clearly being imposed here is how to begin to resolve the tense situation in Belarus. At the internal political level the situation is very complex and vulnerable and in the international context it requires a lot of fine tuning and wisdom in approach.

Analysts believe that it is important to immediately appease political passions in Belarus and initiate an internal dialogue with all social and political stakeholders. This move should be made by the current president Lukashenko and it would be a prelude to constitutional changes in the country. Repression and disregarding of the stances of the citizens can take Belarus, which factually stands between EU imperialism and possible Russian occupation, in an unwanted direction. Specifically, serious endangering of peace and stability, as well as creation of another failed state in the former post-Soviet area.

This is in no one’s interest, least of all the citizens of Belarus. Experiences of the countries that have went through the painful transition towards democratization in the period after the end of the “Cold War” show that such an internal dialogue is the only instrument to achieve democracy. In fact, that is the distinction between modern democratic states, which function on the basis of the rule of law and human rights, and the countries with autocratic and undemocratic tendencies.

All social and political actors should participate in the dialogue. The government should accept that and, at best, initiate the dialogue itself. The prevailing opinion among the analysts is that currently there is such a potential in the Belarus society and that the government, that is President Lukashenko, would be able to accept such a project and initiate the necessary reforms in the interest of citizens and preservation of the state. It is evident that Belarus wishes to keep its independence and sovereignty with respect to the political East and West, which is why it had rejected the exorbitant financial offer of the EU, because what lies behind it is the interest of the West to use Belarus to reach the Russian border. However, Belarus has the same stance with respect to Russia. In this context, every day is valuable and useful, because the raising of tensions and intensification of the conflict, reduces the potential and possibility for such a development. At the same time, preservation of Belarus as a state is the priority of all the priorities, as it can become collateral damage and a victim of a confrontation between the West and Russia.