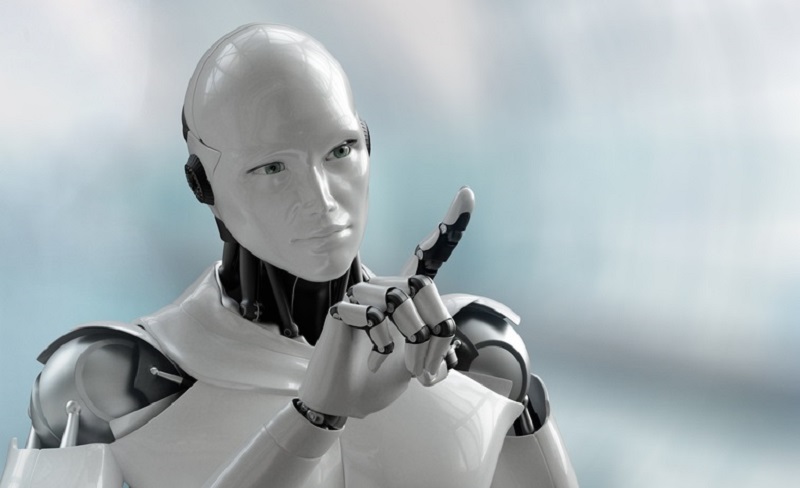 3D visual of a humanoid robot pointing/touching the screen

Commercial applications for artificial intelligence (AI) and robotics are on the rise, but is the sector offering very real investment potential or is it still the stuff of science fiction?

The recent release of the long-awaited sequel to Ridley Scott’s 1982 sci-fi classic Blade Runner has brought the far-reaching potential of AI back into the spotlight.

While we might not yet have reached the stage depicted in the film, where we need sophisticated machines to tell replicants and humans apart, robotics technology is expanding at a pace and fund management groups are getting in on the act.

In the past 12 months alone, three new funds have come to market, with Axa launching a Robotech fund in December 2016, Smith & Williamson unveiling a global thematic AI fund in July and, most recently, the October launch of the Polar Capital Automation and Artificial Intelligence Fund.

These funds follow on from the launch of the Pictet Robotics Fund in October 2016, and aim to capitalise on the growth of an industry expected to expand four times faster than the global economy in the next decade.

Are fund buyers and managers buying into the concept, or does the concept of making money from robotics and AI remain the stuff of science fiction?

“Ourselves and a number of fund houses were approached about a robotics fund but they were thinking about traditional robots, namely those that go into car plants and operate heavy machinery,” he explains. “We had a discussion that lasted about 12 months, where we tried to explain the benefits of a broader robotics strategy, before we finally launched the fund.
“This meant thinking about industrial automation, changes in transportation, healthcare applications – such as robotics surgeries – and the enablers of this technology, such as semi-conductors, software and sensors.”

For Riley, when people first envisage robotics they think about traditional robots that would lead to a narrow investment universe for such a fund. Instead he says they deliberately designed something broader, not only to give a larger opportunity set but also to help provide more balance to an investor’s overall strategy.

The result is that since the two funds launched (the former launched in December 2015), the Robotech strategy has accumulated assets of $3bn (£2.28bn), of which $350m is held in the offshore AWF vehicle.

Riley says the fund is a combination of a traditional global growth and a tech fund. While 45% of the portfolio is invested in tech companies, the remainder is in industrials (30%), healthcare (12-15%) and consumerrelated stocks that feed into the theme.

Rise of the robots

Are enough fund buyers convinced by this development and, if so, what is the best way to get access to the asset?

Adrian Lowcock, investment director at Architas, admits technology is currently in a purple patch in terms of innovation and development, which he says creates some fantastic investment opportunities.