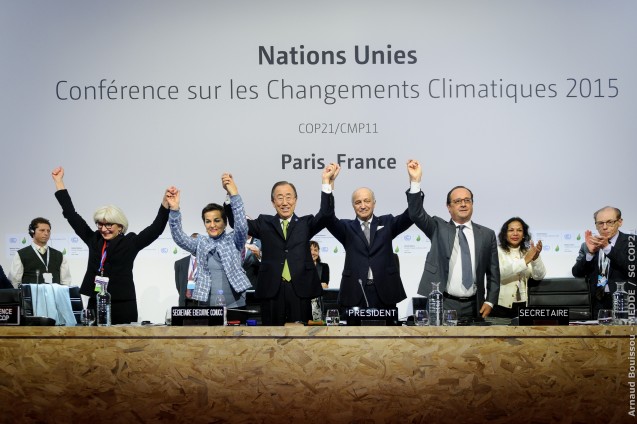 The Czech Republic recently ratified the Paris climate accord and became its full-fledged party on Saturday, November 4, committing to decreasing greenhouse gas emissions by 40 percent in 2030 as compared to 1990.

The Paris climate accord, which replaced the Kyoto Protocol, was signed by 169 countries, including all EU member states. The Czech Republic is the last EU country to have ratified it.

“It is symbolical that, after lengthy debates in the Chamber of Deputies, the Czech Republic completed the ratification and will become a party to the accord exactly one year after the Paris climate agreement took effect,” Environment Minister Richard Brabec (ANO) has written.

The Environment Ministry considers the climate deal’s goal to be well attainable, as emissions are being decreased thanks to massive insulation of buildings under the New Green Savings subsidy programme and under the Operational Programme Environment (OPE), thanks to the increase in the share of renewable sources and smart measures in villages and towns, such as promotion of electro mobility.

After 2020, however, more dynamic steps need to be taken to decrease emissions, the ministry stated.

Environmental organisations are calling for cutting of the country’s dependence on fossil fuels. Seven Czech environmental agencies have stressed in their press release that cutting emissions more rapidly would make the air cleaner and create jobs in clean industrial sectors to replace those in the fossil fuel energy industry and even boost the machinery and construction industries.

Apart from decreasing emissions, the Paris climate accord also defines ways of adaptation to climate change and of cooperation with developing countries.

The organisations would like the Czech Republic to significantly increase its aid for this purpose.