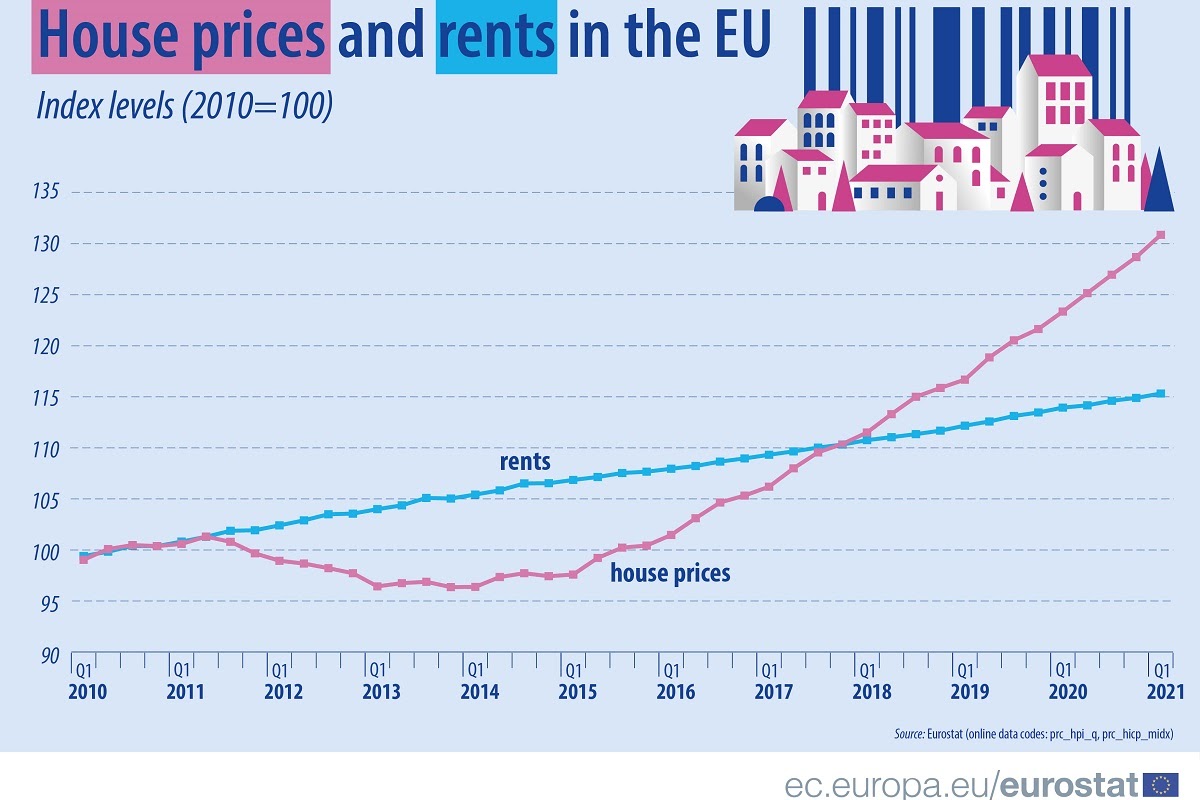 Increasing House Prices and Rents in the EU. Credit: Eurostat.

According to Eurostat, house prices in the Czech Republic have risen over 70% between 2010 and 2021 – the seventh highest increase in the EU. Rents have also risen significantly, approximately 30% over the last decade, the tenth highest rise in the EU. Photo Credit: KK / BD

The Czech Republic reported the seventh-highest increase in house prices, of almost 70%, and an increase in rents of almost 30% over the decade since 2010.

On the other hand, Greece and Cyprus witnessed a drop in both rents and house prices over the same period; house prices and rents in Greece fell by 28.1% and 25.2%, respectively, by far the biggest drop in accommodation costs among EU member states.