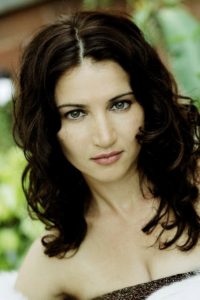 I consider myself a New Yorker. That is where I lived for more than a decade before I moved to Prague. And as New Yorkers do, I have spent very little time in Washington, DC. With the exception of touring museums andmonuments and meeting the President there seemed actually no reason to visit the place. Finally, I arrived to DC to live there for a couple of years. Now was the time to see all the museums, monuments and the President. How am I doing with these?

During the first four months, I have seen most of the monuments, spent my time in the museums and I have met the President twice. Whenever you see him, he is surrounded by a phalanx of Secret Service agents with dark glasses and earpieces. At last he noticed me and commented to my husband that I „look nice“. When he repeated that for the third time, my husband noticed as well. After four months in DC I realized that I would likely have better luck catching brown snakes in the Embassy garden than getting the opportunity for a longer chat with President Trump. Still, I sometimes feel I know him better than I know some members of my own family. All of us in Washington spend part of each day reading his tweets, talking about the latest personnel dramas in the White House, and hearing wild rumors about what will President Trump do next. And he surely will.

The First Family is interesting as well. The President’s three eldest children were mostly raised by their Czech mother, who instilled in them the values and traditions of Czech culture, and even a smattering of the Czech language. An interest I share with the President and his family is couture and designer culture. Like Ivanka and the First Lady, and indeed like the President himself, I spent a significantpart of my career in the fashion industry, and it is very interesting for me to observe firsthand how this administration originates in and interacts with the celebrity and media world.

The Czech Republic and the United States are enjoying a period of warm relations built on great mutual sympathy. I am proud to play a modest role in promoting Czech diplomatic and cultural interests in the land I called home for so much of my life.

There are 177 embassies in Washington DC. The US capital is one of the busiest, most imposing and legendary posts for diplomats. Unlike the United Nations, and unlike diplomatic life in Prague, where I got used to attending diverse cultural events and receptions hosted by countries and groups of all types, Washington-based ambassadors tend to isolate themselves more and focus strictly on political matters concerning to relations with Washington.

Generally speaking, it is rare to spot the Moroccan ambassador at a Chinese reception like it is normal in Prague. Most of our socializing is with American officials and EU diplomats. Engagements are based more on regional alliances than on a broad-based international outreach. That is one thing I would like to change a . I think it is important for us to cultivate relations with countries outside our region. After all, our home is as much Czech and American as it is Jewish, Central Asian or Turkish at the same time.

As the spouse of the Czech ambassador, I joined a spouses’ club. This was not as simple as it sounds, because there are seven of them, not just one like in Prague, and there is fierce competition among them. However, it is quite important to belong to one and to develop relationships with the other spouses. Spouse diplomacy requires its own brand of ambassadorial wizardry and can be somethimes very effective. More often than you might imagine, diplomacy is done behind the scenes, and female hands are the driving forces. At the end, I even persuaded the Czech diplomatic protocol people to allow me to use a business card that bears the grand but slightly tongue-in-cheek title „wife of the ambassador and more.“ Armed with this calling card, I made a few friends who share a similar sense of humor and compassion. 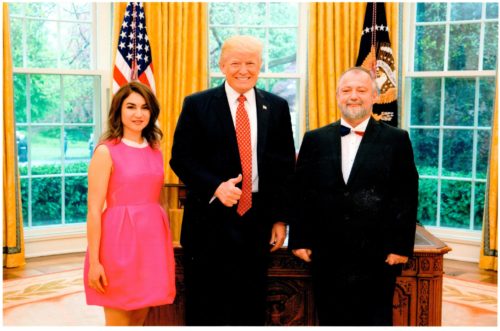 Our embassy organizes approximately 150 cultural events per year. This is the good part. The bad part is that  the competition is tough in DC since we are competing with all the other cultural institutions of the city. National and international media coverage is therefore almost impossible to get, and even invited journalists hardly ever cover Czech events beyond the events listings in the local newspaper. It is like walking in the rain through America but not getting wet.

However, for our celebration of the 100th anniversary of the founding of Czechoslovakia, which will take place next year, we are planning some big and thrilling events that we believe will merit and receive significant attention in the press and on TV channels. I am gratified to have the privilege of celebrating such an important event here at the Czech embassy, and I feel it is my responsibility to generate headlines, to make it a story that has meaning for American people as well as Czech citizens.

I found that DC is expensive compared to Prague or even to New York.

When we had just arrived to DC, one of the European ambassadors commented to me that after Vienna’s restaurants and bars, Washington is disappointing and told me that it is better to stay in and cook home than go out.  After a few months, I completely agree with him and mostly follow his advice. Cooking at home is much more rewarding than eating out, maybe with the exception of a really nice Belgian mussels bar in downtown Washington. I do plan to check out a few renowned Ethiopian restaurants here, but for the time being, if I really want to enjoy my food, I drive to New York. There is plenty of opportunity for a famous Czech chef to move here and feed people what they want and deserve!