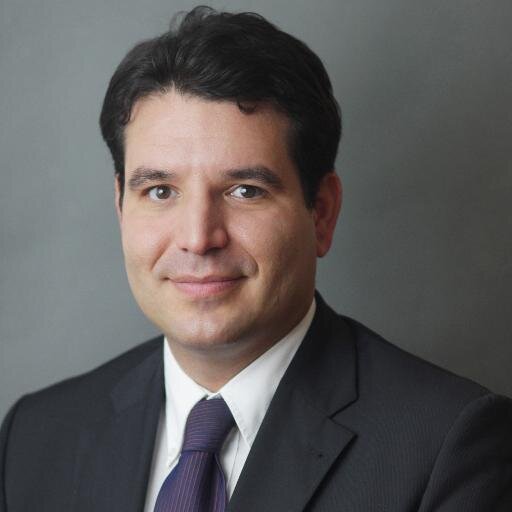 “Banks all over the world are working on adjusting to the new age of DIGITAL. But digital is complex. It is complex because it is driven by a new segment of clients – the Millennials; it is dominated by a new group of competitors – 15 000 FinTech startups globally. It requires a new approach towards innovation. While innovation is inherently risky, banks are understandably riskaversive. Bankers are criticized widely for their conservativism; banks are often characterized as incapable of winning the 21st Century. Yet, the ground reality is different. Bankers, during my FinTech Training Programs are keen on embracing innovative concepts, ready to implement best practices, powerful in roleplays, creative and informed in debates. Banks are capable of winning the 21st Century. But only those which understand the new global trends and what they exactly mean for their local markets.” David Gyori, CEO of Banking Reports on the future of financial services with a global perspective.

David started his first consultancy, targeting banks and insurers in the Central and Eastern European Region in 2002. He received his diploma from the Budapest Corvinus University, focusing his studies on Finance, Economics and Management. The early 2000s were unprecedentedly dynamic years in the region. The banking system in the CEE region was getting modernized with huge steps, often overtaking Western-European competitors.

After over 150 banking projects in 7 countries of the CEE region David decided to go global. He established Banking Reports Limited in London and started to write market reports about globally relevant banking trends. He quickly became widely respected member of the global FinTech and banking innovation community.

From Reports to Training Programs

By 2015 it was clear that there is international demand among bankers for in-depth training programs explaining and extending the market reports written by David. Topics such as Digital Banking, New Trends in Marketing of Financial Services, Banking Transition and the Future of Banking became demanded training programs.

Quality, Dynamism and Relevance in Training

David uses Group Exercises, Debates and Role Plays as tools to shake up frontal teaching. But even the frontally explained concepts are exciting at his training programs: he uses highly visual high quality slides, speaks and explains things in a dynamic manner and uses dedicated and exciting videos. While the training programs are absolutely serious and the work is highly focused, bankers are often caught laughing and fully enjoying the programs.

David’s talent in delivering complex training programs in the area of banking innovation was soon discovered. This is why he was invited to become Faculty Member of the Retail Banking Academy in London – one of the most prestigious banker-training facilities globally.

Co-Author of ‘The FINTECH Book’

After 189 abstracts being submitted by over 160 authors from 27 countries, David’s essay on the Future of FinTech was selected as part of ‘The FINTECH Book’ to be published by Wiley & Sons. The book quickly became a global category-bestseller on Amazon.

David is one of the key founding members of this global industry body of FinTech. He is also the representative of the United Kingdom in the World FinTech Association as well as the Chairman of the P2P Lending and Crowdfunding Committee of the Association.

Bringing the Best Together from 5 Continents

David explains: “To provide truly top quality FinTech and Digital Banking insights it is paramount to combine and bridge global differences in excellence.” This is exactly what he does. David points out: “Just some examples: The USA is ahead in researching and piloting new interbank standards for Blockchain. Europe is the most progressive on API-banking. Asia is furthest ahead in tech-companies crossing over to financial services. Africa – often underestimated – is clearly providing the best examples of how Mobile Network Operators can master financial services. Australia and New Zealand are ahead of all other continents in providing models of intra-bank innovation.”