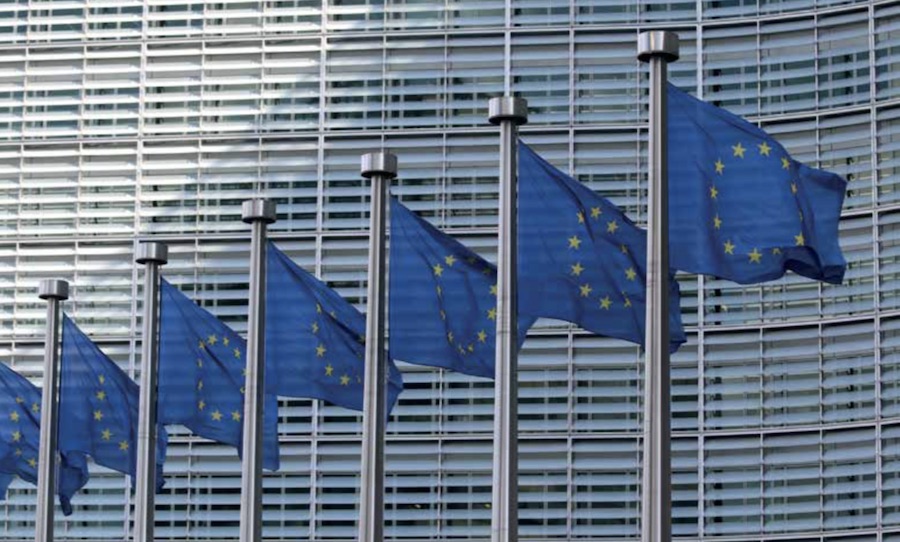 The European Commission issued guidelines on a code of practice to fight against disinformation, which should help Member States make effective use of this tool. E… specially, the Commission calls for greater involvement with tailored commitments, in particular from platforms, messaging services or online advertising ecosystems. Furthermore, the Commission calls for the demonetisation of misinformation, in particular through the cooperation of platforms that should pay greater attention to disinformation ads and increase the transparency of advertising. Last but not least, the Commission calls for an increase in the scope of fact-checking, ensuring greater integrity of services and better detection of manipulative behaviour that leads to the spread of misinformation, such as the use of internet bots, the creation of fake accounts or theft of accounts.

In mid-May, the European Commission adopted one of the key initiatives of the Green Deal for Europe, which is the Action Plan called Towards zero pollution for air, water and soil. It sets targets for 2050, according to which pollution should be reduced to such a level that it will not be harmful to humans or natural ecosystems. One of the steps of the plan includes aligning air quality standards with current World Health Organization guidelines, reviewing water quality standards, reducing soil pollution, revising EU waste legislation, promoting zero pollution from production and consumption, and reducing health inequalities. The Commission wants to make greater use of digital tools for these purposes. The action plan also sets targets for 2030, such as a 55% reduction in premature air pollution deaths, a 50% reduction in plastic waste at sea, a 30% reduction in microplastics in nature, a 50% reduction in pesticide use, or reduction of waste production and residual municipal waste.

The European Commission issued a new industrial strategy, building on last year’s strategy and updating it in the light of the coronavirus pandemic. The priorities of the strategy remain the same, i.e. supporting the transition to a more sustainable, more digital, resilient and globally competitive economy. However, the update adds some aspects that only became important in the current crisis. These are, above all, supporting economic recovery and strengthening the resilience of the single market. The strategy contains new measures that should speed up digital and green transition, as well as a clear emphasis on supporting small and medium-sized enterprises. As for the single market, the Commission proposes to introduce a single market emergency instrument to ensure its functioning in the event of further crises. The strategy also proposes solutions to EU’s strategic dependencies, especially in the areas of raw materials, health ecosystems and advanced technologies. Last but not least, the Commission wants to create a regulatory framework to meet the digital targets for 2030, the Fit for 55 initiative, strengthen services for SMEs and invest in skills and retraining.

The European Commission adopted a Communication on Better Regulation, which proposes several ways to improve the process of creating new EU legislation. In particular, the Commission proposed removing obstacles, especially bureaucratic ones, which slow down investment and infrastructure construction, simplifying public consultations, introducing a “one in, one out” approach when drafting new legislation, promoting sustainability and digital transformation and integrating strategic planning into the legislative process. Some elements set out in the Communication are already operational, such as the Fit for Future platform, others are planned to be launched by the Commission this year. These include the publication of an Annual Burden Survey and the revised Better Regulation guidelines and toolbox.

The Council announced that it has received formal notifications from all Member States approving its own resources decision, which means that the EU can now start providing funding under the Recovery and Resilience Facility. In total, the instrument will have a budget of EUR 672.5 billion and is a central element of the Next Generation EU instrument to support economic recovery following the coronavirus pandemic. Member States’ decisions will allow the EU to borrow up to EUR 750 billion on the capital markets, and the EU will then offer these funds to Member States on favourable terms. Lending should start as early as June this year, and once Member States have approved national recovery plans, they will be able to request up to 13% of the total amount made available to each Member State.

Highest ever support to the euro

The European Commission published the results of a Eurobarometer survey, which shows that the single European currency has the highest support in history right now. A record 80% of respondents think that the euro is good for the EU and 70% believe that it is also beneficial for their country. The survey was conducted in March this year and involved 17,700 people from 19 euro area countries. 67% of respondents would also agree to the abolition of one-cent and two-cent coins.

The European statistical office Eurostat stated that unemployment reached 8.0% in the euro area and 7.3% in the EU27 in April this year. As for the euro area, it is a slight decrease compared to 7.4% in March, while in the EU27 the unemployment rate is at the same level as the previous month. Of the countries for which data were available, Spain (15.4%), Italy (10.7%) and Cyprus (9.4%) registered the highest unemployment levels, while Poland (3.1%), the Czech Republic and the Netherlands (both countries 3.4%) recorded the lowest rates. In April last year, unemployment in the euro area was 7.3% and 6.7% in the whole EU.

The European Commission issued a Communication on Business Taxation for the 21st Century, which sets out both a short- term and a long-term vision of how public revenues will help the European economy recover. The Commission is setting several priorities, including presenting a proposal for a framework for corporate taxation in the EU by 2023, which should reduce administrative burdens, remove tax obstacles and simplify business in the internal market. In addition, the communication contains tax plans for the next two years. In particular, the Commission plans to issue proposals to ensure that some large companies active in the EU publish their tax rates and to encourage tax avoidance.

During the 27th EU-Japan Summit, EU and Japanese leaders signed an agreement to create a so-called Green Alliance. It is the first bilateral initiative of this type that aims to accelerate activities to protect the environment, mitigate climate change and promote sustainable and secure energy supplies. The Alliance will be built on three main pillars, namely global affairs, bilateral relations, and foreign and security policy. In addition, the leaders discussed digital transition, global economic issues and the implementation of the Strategic Partnership Agreement.

The European Parliament adopted a resolution strongly condemning China’s unjustified sanctions recently imposed on several European citizens and entities. These also apply to 5 members of the European Parliament and, according to the resolution, are Beijing’s attack on fundamental freedoms. According to MEPs, it is not possible to continue negotiations on completing the ratification of the comprehensive investment agreement between the EU and China, which was in principle concluded in December last year. In order for the ratification to continue, the Parliament calls for immediate lifting of sanctions by China.

During the meeting between EU and Indian leaders in Porto, representatives of both parties agreed on a comprehensive Connectivity Partnership focusing on several key areas. These include cooperation in the digital, energy, transport, and people- to-people sectors. With regard to the environment, the partnership will focus on promoting clean energy production, for example through regulatory support for the construction of floating solar, wind and offshore power plants, or on energy storage. In the digital field, both parties want to work together to ensure protection of personal data and privacy, increase security of cross-border data flows and support development of 5G networks. In the transport sector, cooperation will focus in particular on standardization and certification, dialogue on decarbonisation and digitalisation of transport, and development of sustainable mobility.

The European Commission issued a proposal for a new instrument aimed at addressing the possible negative effects of foreign subsidies on the EU internal market. The proposal aims to level out market conditions where subsidies to companies within the EU are strictly controlled, while subsidies to third country companies operating in the single market are not subject to control. The instrument should therefore create a level playing field for all companies and effectively address the issue of foreign subsidies that distort the functioning of the internal market. Specifically, the Commission proposes 3 measures to investigate mergers involving financial contributions from non- EU governments, to investigate public procurement tenders involving a financial contribution from non-EU governments, and to investigate all other market situations, including smaller acquisitions and public procurement.

Blue Card will help bring skilled workers to the EU

The representatives of the Council and the European Parliament reached a provisional agreement on a proposal setting down the conditions for the entry and residence of highly qualified third-country nationals coming to the EU for the purpose of residence and work. The so-called Blue Card Directive aims to attract highly qualified workers from third countries to the EU, especially in sectors where the EU is suffering from shortages of employees. The EU Blue Card sets uniform criteria for admission, facilitates job mobility within the EU and simplifies recruitment procedures in general. The preliminary agreement has yet to be formally confirmed by the Parliament and the Council.