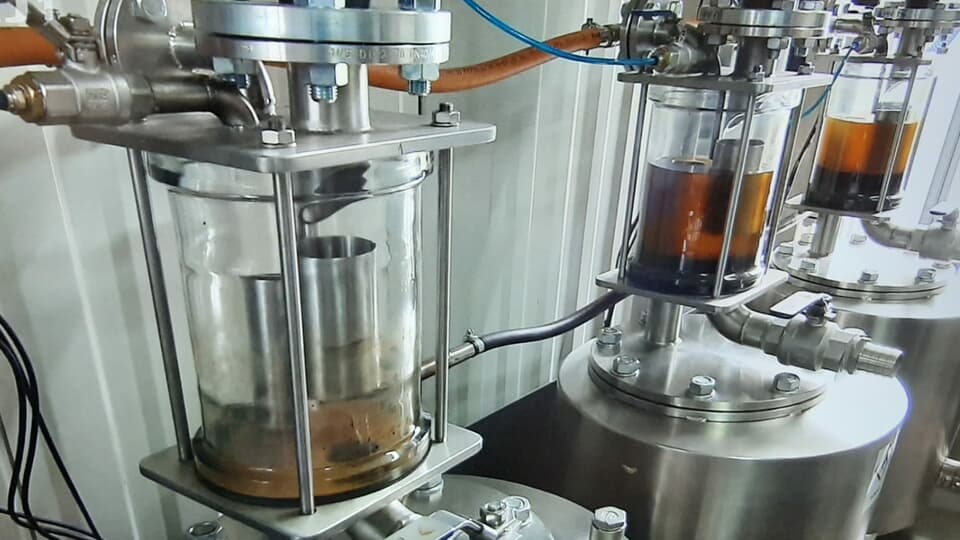 The Czech start-up company Plastoil Europe has developed recycling technology that can turn most ordinary plastic waste into oil. The company’s first fully functional mobile unit – over eight years in the making – was recently unveiled and will be brought to market this year.

Optimus, as the company calls its mobile technology for converting plastic waste into oil, works through the chemical process of “thermal depolymerisation”.

In essence, intense heat decomposes plastic polymers, which are reformed and distilled back into a synthetic liquid form – reversing the original process used to produce such goods from petroleum products.

Petr Kalianko, CEO of Plastoil Europe, demonstrated and explained the basics of the process for Czech Television at the recent unveiling of the Optimus mobile unit:

“In the evaporating vessels, the liquefied plastic evaporates and condenses. It flows out and cools to a temperature of about 100 degrees Celsius, and is then suitable for further use.”

The resulting oil may be used in industry directly – for example, in the petrochemical, refinery, power, and transport industries –made into an ecological fuel, or recycled plastic.