On the 30th June this year, FECIF will celebrate its 20th anniversary!

The Fédération Européenne des Conseils et Intermédiaires Financiers Aisbl (FECIF) was created on 30th June 1999 by a Royal Decree of the Belgian Ministry of Justice at the request of the founders: two trade associations, three distribution networks and asset managers from the United Kingdom, France and Luxembourg.

The founders were a group of successful businessmen, more importantly they were close friends. The aim, after the resignation of the Sander Commission and the appointment of Mr Romano Prodi as the new President of the European Commission (EC), was to create a body to represent financial intermediaries at a time when the new Commissioner in charge of the Single Market, Frits Bolkenstein, had launched The Financial Services Action Plan (FSAP).

We were all very enthusiastic about the idea of a European Union (EU), with an integrated, free trade zone, where products, services and clients would meet and exchange freely – no borders, no restrictions anymore………

The total number of consultants or agents engaged in the mediation of financial products or services in 1999 was over 800,000 – most of them independent.

Created for a period of six years, the objective of the FSAP was to enhance the harmonisation of the financial services markets within the EU. It was scheduled to be completed by the end of 2004…

Because we were very successful entrepreneurs, having accumulated years of experience and expertise, it was easy to establish, from day one, the credibility of FECIF with the EC.

In addition, from the beginning, FECIF was supported by the most prestigious financial services operators, banks and insurance companies sponsoring its lobbying program.

A service company (FCI Network Services SA) was set-up to provide members with support, information and access to markets across the EU.

The relationships between FECIF and the office of Mr Bolkenstein, and later his successor Charly Mc Creevy, were very constructive and allowed, for instance, the lowering of the cost of Professional Indemnity Cover for intermediaries to a level acceptable to FECIF members. 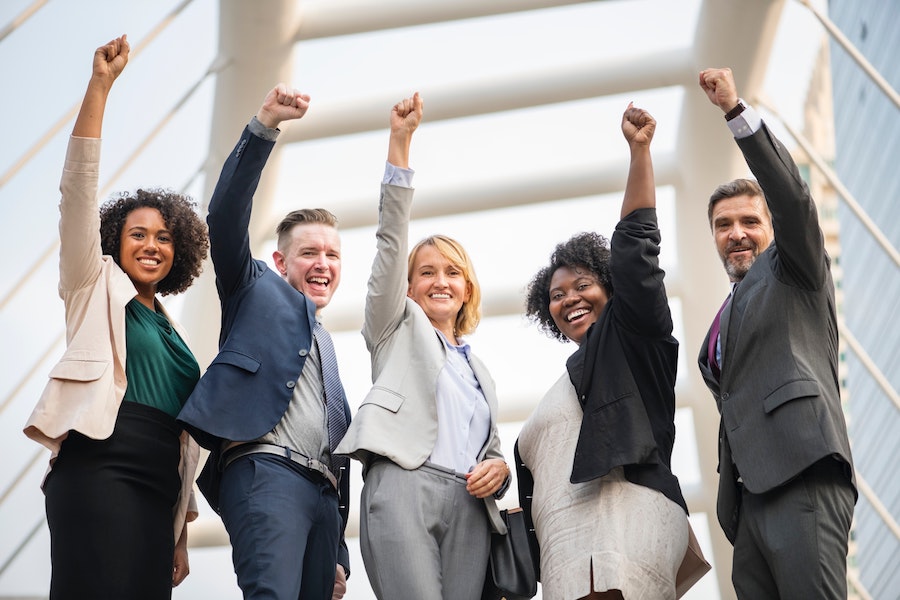 Then, the atmosphere changed: because of the Global Financial Crisis we have been told that “big is beautiful” – only large banks and large insurance companies were supposedly able to fully secure the consumers’ investments, their large size was the ultimate guarantee for the consumer: AIG, Lehman Bros, Dexia and Fortis were big – we know today what to think of this theory.

For years now we have been told that we (the intermediaries) should organise our business according to the same business models as the large institutions (emphasis on compliance, etc.); nobody is in a position to deny today that the lack of corporate governance within the large financial groups (high salaries, bonus scheme policies, golden parachutes, etc.) is one of the main causes of the crisis that commenced in 2007-2008.

Supervisors have now gained full power over the financial services industry, and they have managed to build up a library of conflicting regulations, with a total lack of harmonisation within the EU despite the mandate given by the EC; useless regulations exclusively targeting small and medium size independent operators but extremely indulgent on large financial groups and their activities.

Compliance has become, over the years, the main or sometimes only motivation for taking a business decision: “is it compliant?” Not – “is it good for my client and my business?” An investment was not selected because it was supposed to create add-ed value for the client’s portfolio and/or for the business; it was selected because it was authorised and eventually rated! Form versus substance…

Policy and regulatory repair – are they still possible? Fair rules are better than inefficient regulation

The incredible current build-up of useless regulations creating form rather than sub-stance must be removed: regulation limits the efficiency of transparency and simplicity. Unfortunately, the REFIT Plan initiated by Mr. Tajani when EC Vice President has been poorly implemented.

Proper harmonisation of EU rules should be imposed on the national supervisors and not necessarily the most difficult (and stringent) way to apply the rules! The excess of protectionism in the name of general good has served as an excuse. It is obvious today, as so many people across Europe reject the Union, that the cause is mainly overregulation and its unbearable consequences: unemployment, high taxes, the decline of the EU economy.

As part of a democratic move, trade associations should be commissioned to play an active role in the supervision of their members and the promotion of the sector. Contrary to the national supervisors, they can evidence that they have the necessary experience and expertise to monitor the activity of the industry.

To supervise the job and to impose necessary harmonisation, there should be one single regulator – and not three competing ESAs – preferably the European Central Bank, which is well staffed with quality people, and, at national level, the central banks, as it was in the past.

How to learn to listen to the People (the citizens)

Big is NOT beautiful; SMEs are creating more jobs than the large conglomerates.
Regulation has killed nearly 500,000 jobs in our industry whilst creating only 30,000 posts for compliance officers and supervisory agency clerks all together…

Tax havens are blamed as the cause of all problems: it is difficult to believe that high tax policy is a sign of good management of public affairs compared to low tax policy? Tax competition, fiscal sovereignty, financial privacy, etc. remain key elements of a balanced and prosperous economic world and the only way to avoid massive tax evasion, and capital flow out of Europe

Free market does not mean anarchy! Ethics do not require over-regulation!

Because of the current economic slow-down, the EU may fail to mitigate the excess of bureaucracy which will expose the people of Europe to far worse problems than those regulation may solve. Over-regulation prevents private initiatives and restricts the role of independent operators for the sole benefit of the state-controlled (or state-influenced) conglomerates.

I wish, on the occasion of FECIF’s 20th birthday, that for the first time in many years the EC will listen to the voice of the People and not only to the opinion of the so-called politically correct experts, in order to bring forward legislative proposals on the new supervisory framework, to achieve its committed goal: real consumer protection.