Innovation: It all begins with intention

In mid-October 2018, I was part of an informal delegation of Czech female entrepreneurs, managers and investors to Israel. Our mission was simple – peep inside the culture of innovation and entrepreneurship of a country that has been nicknamed as Start-up nation. In 6 days, we engaged in more than 10 excursions, lectures and discussions covering accelerators, start-ups, academia, as well as institutions.

One topic came up in every conversation: How did the “innovation miracle” of Israel start? Why has it happened here and now? Let’s look at some of the factors that came up repeatedly as we continued our entrepreneurial mission through the new Silicon Valley as some people like to call the country. Can this story of origin inspire us? 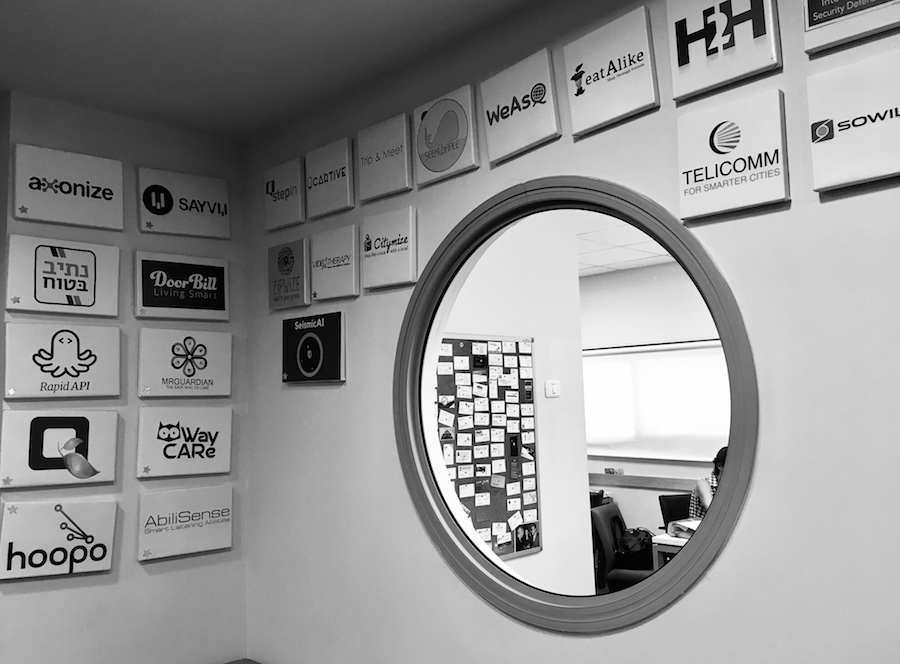 The army, of course. No one could forget to mention it, namely the famous 8200, the intelligence unit. Army is a must in this country and everyone, both men and women, must serve for a few years. The best years of a young life lost is an easy reaction. But not if you are smart about it. Military driven research can be a strong driver of innovation, think of NASA. In Israel, it is the source of the top entrepreneurs and innovators, playground for smart people, as Dr. Andy David, Director of Innovation the Israeli Ministry of Foreign affairs, aptly said.

Technology and intelligence units collect the smartest recruits, the cream of society, and prepare them to be the future of the country. They learn hard skills but also soft ones such as working in a team, taking risks and leadership. Surprisingly, one of the competencies they are trained in is an open mind and the ability to question authority; even the army understands that in a constantly changing world full of disruptions, agility and a “make it happen” approach are more important than “yes, sir”. It is a fantastic win-win-win approach – everyone contributes to the national security and receives a top quality, cost-efficient training in return, the army builds needed capacity and innovates, and society and businesses gain a constant creative boost.

What I found fascinating is that it does not end after two years of service. The 8200 has an Alumni network that helps its alumnus do business and builds several programs to further contribute to society such as supporting talents and entrepreneurs and solving various social challenges.

Prof. Liora Katzenstein, an experienced entrepreneur, investor, consultant and renowned speaker, pointed out that the Army is also a great equalizer – no matter what your background is, you get the same insight and opportunity. Yet, she stressed other sources of creativity that she considered even more important than the army – diversity and stamina. A typical feature of Israel is the ongoing inflow of people from all over the world. It is no coincidence that the current innovation boom kicked off in the 1990s, after a large wave of immigrants from Eastern Europe started to flow in. Many of them were highly educated scientists including deep science. It is the profound knowledge of (any) field and stamina (endurance it takes to acquire it) that, according to Prof. Katzenstein, are the most important qualities of innovation culture.

No wonder that higher education (expressed as talent density) is considered pivotal for the development of the country that invests 4.3% of GPD into R&D (highest percentage in the world, OECD). I felt a strong note of bitterness when I thought about the desire of some of our politicians to artificially limit the number of kids who can study high school just because they believe we need more humans at the factory belts.

Stamina is closely linked to passion for the thing you want to study deep and excel in. General skills like foreign languages, coding, business management are highly important but rather as indispensable tools – like you need a car to get somewhere. But a car does not tell you where to go – it is passion that does. Love what you do and learn it deep. It is better to be a happy clown and invent another Cirque Soleil, Liora emphasized, than an unhappy lawyer whose success is measured only by the number of drafted contracts.

Risk taking is another driving force of innovation. Forged by the age-long fight for survival and life in environment where nothing is ever certain as well as by regular waves of immigrants that had “nothing left to lose”. But there is also a clear intention to nurture this spirit. Venture capital investments make almost 0.4% of the GDP (OECD) which is, again, the highest portion in the world. Israel has also by far the highest VC investment per capita. Two thirds of these investments are seeding or early state start-ups, thus the riskiest phase. It means that investors trust in the ability of start-ups to deliver results and it creates stability in the system: innovators can dream big because they know money will be available.

When Dr. David spoke about government start-up programs and incubators, he shared that 60-70% fail rate is considered success. If we fail less, we know we do not take enough risks, he stressed. This is a great lesson for many corporations who love to talk about risk taking but find it difficult to really honour it. For them, I want to share two out of ten rules of intrapreneurship (entrepreneurial spirit in a company) as discussed with Prof. Katzenstein that link directly to risk taking:

• Come to work every day willing to be fired.
• Remember it is easier to ask for forgiveness than for permission

Now, when Israel is leading in innovation, it may easily feel like they have always been determined to do so, given their character and circumstances. This is an illusion. It was not so long ago that Israel was known more for Jaffa oranges than for hi-tech. The 1990s were a turning point in terms of inflow of brains but the miracle would hardly have happened without intention that created a system to enable it – a system co-created across segments.

Numbers speak for themselves: Israel investments into R&D grew to the current 4.3% from only 2.5% in mid 1990s. The country also leads in quality of scientific research (WEF) and number of researchers per thousand employees. About 80% of these investments are driven by business, half of it by multinational companies. In all these categories, we noticed that Korea is making a strong effort to catch up fast. Czech Republic was still at the end of the lists – it invests about 1.5% of GPD into research and development. VC investments in the Czech Republic displayed as practically non-existent in the chart we discussed.

A key element to push start-ups forward are government and municipalities. Their mission is irreplaceable because they do not want to own start-ups, they just want to put them in motion. Government is ready to finance up to 85% (it can afford the risks, explained Dr. Andy) and it runs several tens of accelerating programs that complemented with a number of municipality incubators. What I particularly liked about the city-driven incubators is their focus on specific local challenges – the goal is not creativity per se but the need to solve real problems of the city.

What is your dream?

The story of innovation in Israel is truly inspiring, yet it should not by any means feel as determining. We could easily argue that these factors are not transferrable which is true. But the approach is. Each country has its own challenges to respond to and the point is not to copy paste what works elsewhere. The point is to understand how any obstacle or constraint can be turned into a fabulous advantage if you have such intention. Scarcity of water? Israel now recycles 85% of it.

Various things happen all the time and it is the reaction – what we choose to respond to and how – that makes a difference. Czech Republic deals with different circumstances but with a clear goal in mind, we could achieve the same outcome… It is all about the dreams we have in our minds and hearts.. As one of our hosts concluded – We teach our kids not to dream about being a VW engineer but to dream about creating their own idea that they will sell to VW.

Lenka’s passions are storytelling, communications and corporate responsibility. She works for Microsoft.