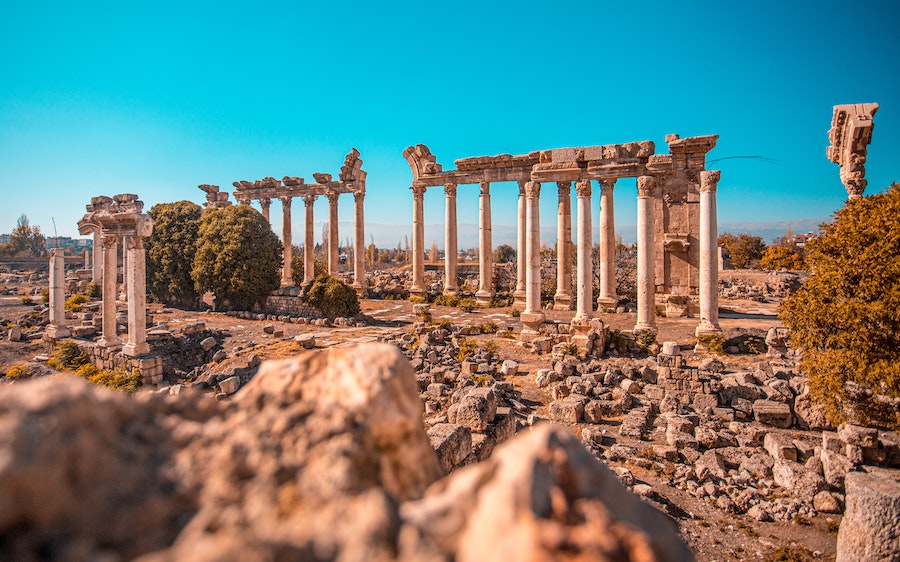 Forty years have passed this fall since my first travel to Lebanon and it happened ever since to return there many times and to spend more than four years in the beautiful Cedars country; I had during the time the opportunity of meeting relevant Lebanese personalities such as the late prime minister Rafik Hariri, the Maronite Patriarch Nasrallah Sfeir, president Michel Aoun (before being elected) and many others.

Lebanon is an iconic country for the Middle East and could be considered a true barometer of the regional geopolitical situation and also for the fact that what happened in Lebanon during the last decades until now is absolutely true for numerous countries of the world, countries with no resources of their own, withstanding multiple foreign influences that are confronted with a massive emigration, have on their territories numerous refugees and are overcome by corruption.

Even if on October 31st, 2016, the Lebanese parliament brought to an end the longest period of the country’s history without a president (29 months since the end of president Michel Suleiman’s mandate – May 2014) by electing – after 45 parliamentary sessions in which no candidate could obtain the legal quorum – General Michel Aoun, the following period witnessed many political and social convulsions, numerous demonstrations and popular protests and a continuous deterioration of the economic situation. The August 4th, 2020 explosion in the Port of Beirut (the biggest explosion of the last decades in an urban area in the world) aggravated the economic crisis Lebanon is witnessing and provoked a new political crisis. It was only in September 2021 when a new government was formed under the leadership of Najib Mikati (prime minister for the third time).

Lebanon is the prisoner of a sectarian political system whereby the power is shared by the three main religious communities: the Maronites Christians, the Sunnis and the Shia; nevertheless the political system reached its limits and the present Lebanese political class proved it is not able and ready to find an alternate solution.

New parliamentary elections are scheduled for March 27th, 2022 and in the autumn of the same year the parliament is to elect a new president. It would be no surprise if the parliamentary elections are postponed and a new political crisis emerges. In fact, the politicians’ hesitations to reform the present political system are emphasized by the initial promise of granting six seats in the parliament to the diaspora (out of the more than 8 million Lebanese ex-pats, only 1.2 million have the right to vote and a record number of more than 200,000 voters registered for the 2022 elections), a promise nowhere to be found in the final form of the electoral law.

It is worth mentioning that the last official census in Lebanon took place in 1932 while the unofficial estimates of 2020 indicate a population of 6.8 million inhabitants and a research of a Lebanese consultancy of 2016, quoted by the US Department of State, shows that the Lebanese population was made up of 45% Christians, 48% Muslims and 5.2% Druze. According to some official data, almost a million Syrian refugees (944,613) and almost 200,000 registered Palestinian refugees are to be added up to the said population. Most probably, the real figures of the refugee are much bigger, at least double in what the Palestinian refugee are concerned.

As far as corruption is concerned, the latest data published by Pandora Papers mention the name of Prime Minister Najib Mikati, of the Governor of the Central Bank Riad Salameh and that of the former prime minister and minister of Education, Hassan Diab. The clientelistic political system and the way the public contracts are assigned domestically may be the subject of an extensive debate.

Under such circumstances, from 2019 until now only, 300,000 Lebanese citizens who lost any hope that the domestic situation could improve emigrated and were looking for a solution outside the country. Unfortunately, those who left the country and those who will, have a good professional training and a financial status that can assure them a new beginning in a new country. Such events will further diminish the possibilities of Lebanon’s recovery. A people who, for a long period of time went through serious crises and had its stamina diminished by numerous emigration waves, subjected, at the same time, to the immigrationist pressures and foreign interests is not an inexcusable reservoir and might be seriously affected by such events.

The sectarian and group interests are overwhelming and are used by foreign influences (France, Iran, Israel, Turkey, USA, Saudi Arabia, other Gulf countries, China, Russia) for attaining their own goals and for testing solutions for the area’s related issues. Such circumstances made the Maronite Patriarch Beshara Boutros Al-Rai to declare on August 15th, 2020 that: “We will not allow for Lebanon to become a compromise card between nations that want to rebuild ties amongst themselves”.

I consider that on a short run, the economic situation in Lebanon will continue to deteriorate – if that is still possible without a further dissolution of the state. On a longer run, the forecasts of the evolutions in the Middle East and especially in Lebanon are extremely indefensible. Yet the country of the Cedars fully deserves the characterisation of a barometer of the geopolitical developments in the area. Unfortunately, the Lebanese brought the country where it is now with help of course by foreign interests. The 2022 elections do not seem to bring in optimism and, in the spirit of the Lebanese tradition, they are to be postponed without a clear time horizon. Timing is not the issue but finding a viable solution for replacing the present sectarian political system yet I do not see a firm political will in this respect.

An improvement of the general situation in the Middle East could have a favourable influence on Lebanon but I believe it depends first and foremost on the Lebanese. Is it possible that the diaspora come with a political solution that can be successfully implemented? Does the rich Lebanese emigration want to have a country where to return fondly and with nostalgia? Or will Lebanon continue to sink itself into the conflicts without a foreseeable end of the Middle East? To use the title of today’s webinar, I do not see a change for a new beginning in Lebanon. The answer should come from the Lebanese themselves!

The text was at the Presentation in Webinar on December 2nd, 2021 “Middle East and North Africa: the Changes for a New Beginning” event organized by Bucharest-based think-tanks MEPEI (Middle East Political and Economic Institute) and EuroDefense Romania in partnership with IPIS (the Institute for Political and International Studies), Tehran. 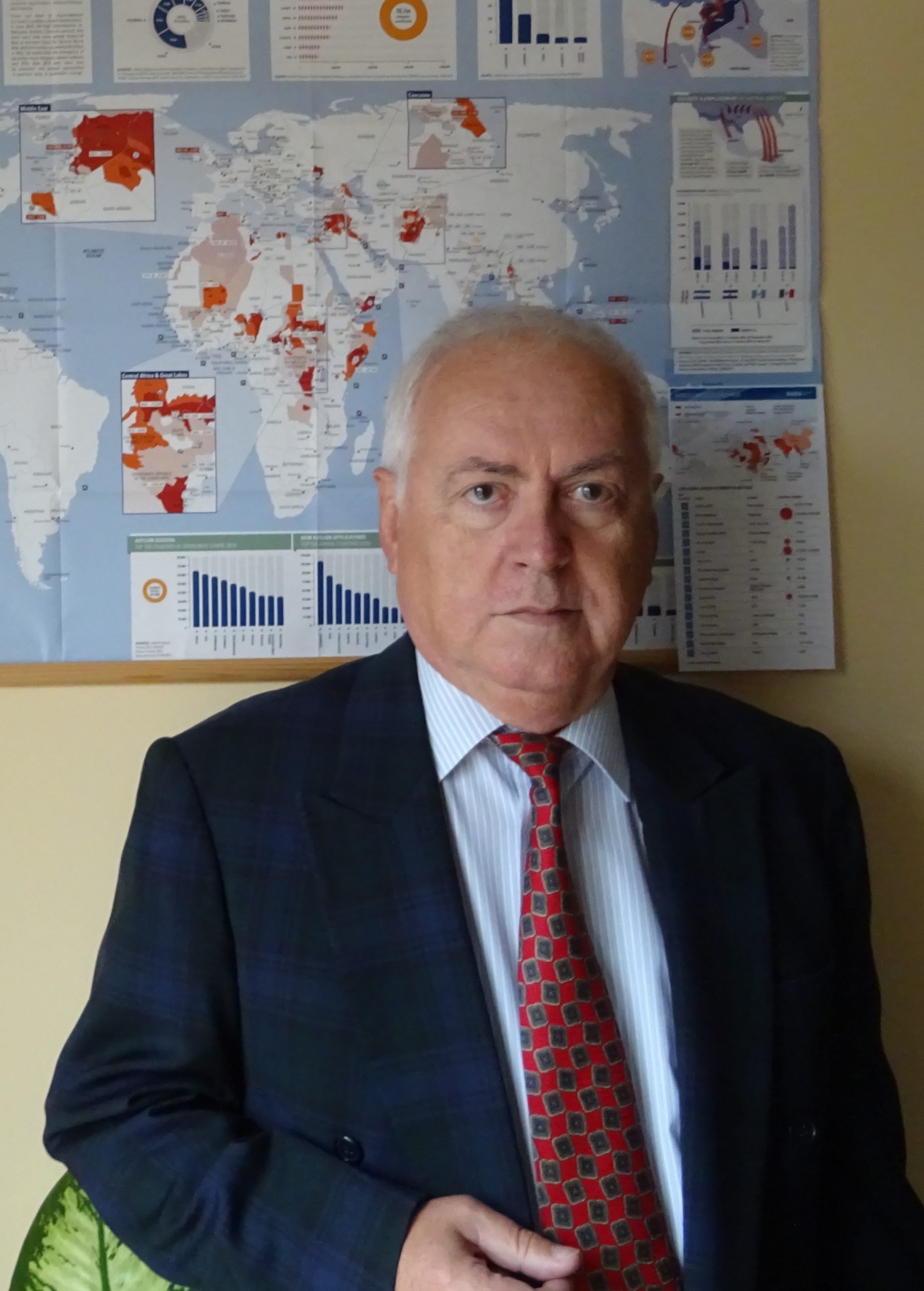 Corneliu Pivariu is a highly decorated two-star general of the Romanian army (Rtd). He has founded and led one of the most influential magazines on geopolitics and international relations in Eastern Europe, the bilingual journal Geostrategic Pulse, for two decades. General Pivariu is a member of IFIMES Advisory Board.

The views expressed in this article are the author’s own and do not necessarily reflect IFIMES official position.