The Netherlands-Czech Chamber of Commerce (NCCC) is pleased to introduce Linda Veenman, M.A., who became its new Executive Director on 1 November 2017.

Linda was raised bilingually, by Dutch father and Czech mother, and spent most of her life in the Netherlands. She has worked in several positions there, from lecturer and coach to author/freelancer, and managing director for her sustainability foundation. 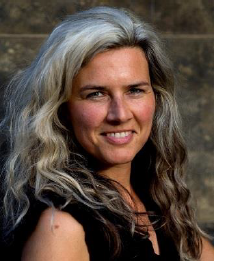 Linda has been living in Prague for the past three years, working in real estate.

“I am very excited about this opportunity to make use of my diverse working experience from both countries. I look forward to actively developing the Chamber’s potential and working closely with the NCCC Board members, to meet the needs of NCCC members in the best possible way,” says Linda Veenman.

“I believe our members will strongly benefit from Linda’s knowledge of both cultures and languages. I am convinced she will contribute substantially to strengthening the position of NCCC towards the Dutch-Czech business community. The Board of Directors will actively support Linda in her pro-active approach, and in extending the portfolio of services offered in response to frequent contact with our members,” adds Pavel Iványi, Chairman of the Board of Directors of the Netherlands-Czech Chamber of Commerce.

The Netherlands-Czech Chamber of Commerce (NCCC) is a non-governmental, non-profit organization composed of Dutch, Czech and international companies, individual entrepreneurs, and NGOs. The ultimate objective of the NCCC is to realize activities in order to support, promote and interconnect its members and to help them realize their business goals. NCCC acknowledges the concept of Corporate Responsibility and assists its members in this field, too.