Long story of Kurz: ‘Austria You will be Macronised’ 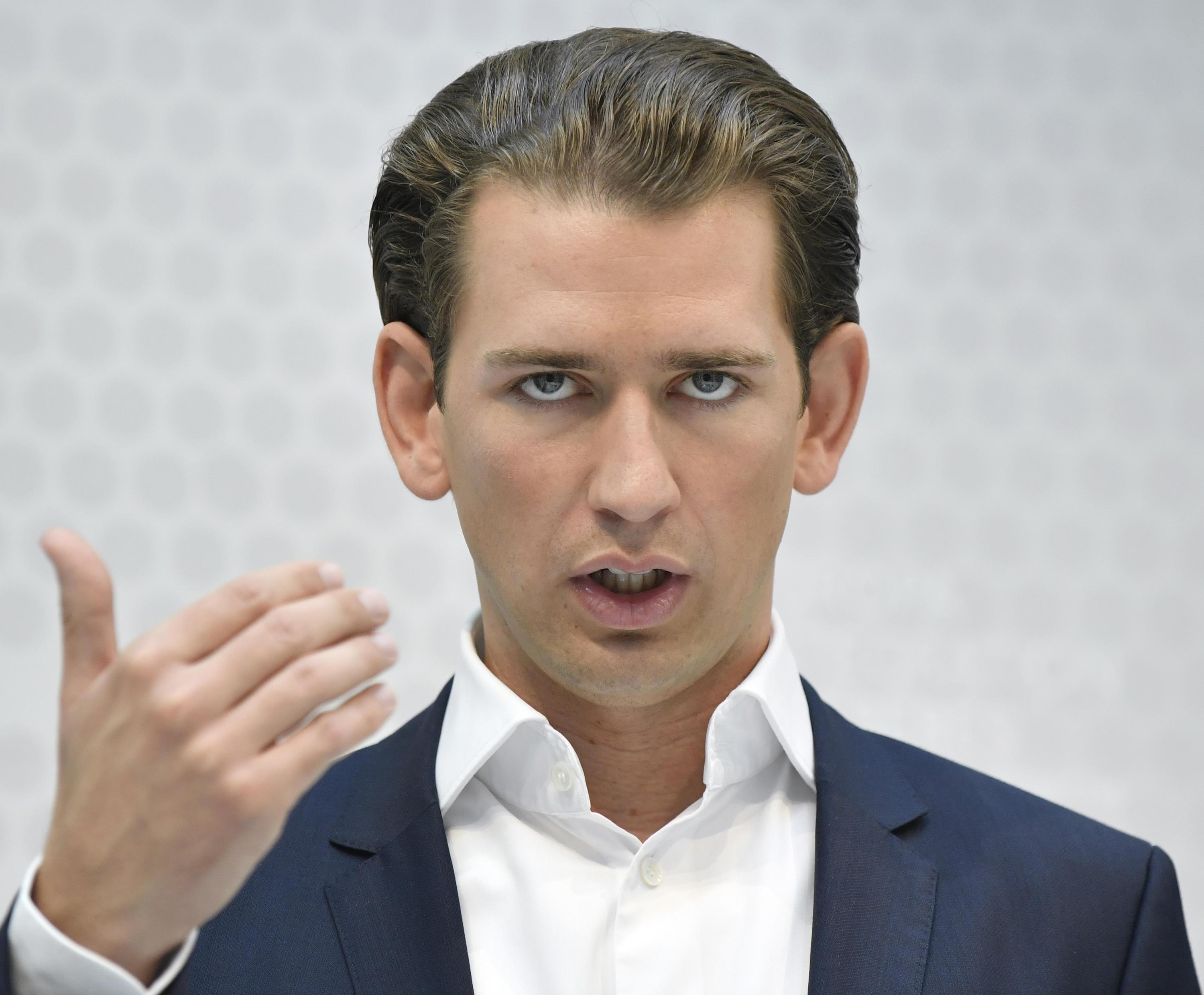 “There is a claim constantly circulating the EU: ‘multiculturalism is dead in Europe’. Dead or maybe d(r)ead?… That much comes from a cluster of European nation-states that love to romanticize – in a grand metanarrative of dogmatic universalism – their appearance as of the coherent Union, as if they themselves lived a long, cordial and credible history of multiculturalism. Hence, this claim and its resonating debate is of course false. It is also cynical because it is purposely deceiving. No wonder, as the conglomerate of nation-states/EU has silently handed over one of its most important debates – that of European anti-fascistic identity, or otherness – to the wing-parties. This was repeatedly followed by the selective and contra-productive foreign policy actions of the Union in the MENA, Balkans and Ukraine.” – wrote prof. Anis H. Bajrektarevic in his luminary and farsighted essay Denazification – urgently needed in Europe .

Last two parliamentary elections in Central Europe are indicative enough: Europe inevitably loses its grip over the grand narrative, fatherly eroding its place in history. Hereby a few lines about the latest of them.

Sebastian Kurz, 31, is likely to become Austria’s new Chancellor following the 15 October election. He would be the youngest-ever head of government in the European Union and to many of his supporters will be seen as a bold new face ready to lead Europe through and past the ongoing crises over migration, integration, fiscal authority, and identity that have dominated European politics, within and without the EU, in recent years. A new leader of Europe’s populist right is likely on the horizon, yet he has received little international attention compared with candidates such as Marine Le Pen or Nigel Farage who were always long shots.

Rapidly rising through the youth wing of the Austrian People’s Party (ÖVP), Kurz was elected its head in 2009 and then promoted directly into the party’s upper echelon in 2011 when he was named to the newly-created post of state secretary for integration at age 24.

From the earliest days, Kurz embraced a populist right-wing worldview although he initially steadfastly avoided divisive rhetoric that could have derailed his rise. Kurz used his post as state secretary to publicize these ideas, while also astutely employing the leeway afforded by his youth to take positions deviating from the ÖVP platform.

In 2013 Kurz was elected to the national legislature, also winning the most direct ‘preference votes’ of any candidate and a third more than the ÖVP’s then-head Michael Spindelegger. The ÖVP received less overall votes than the Social Democrats (SPÖ) and again went into government as the junior coalition partner. Kurz was rewarded with the second-highest post of any ÖVP leader when he was named foreign minister.

Austrians see themselves both as core members of the ‘West’ but also as traditionalists and the inheritors of a unique culture. The historic heft of the former Austro-Hungarian Empire, a separateness from Germans and Germany that was cemented by the divides caused by the Enlightenment and birth of Protestantism, and steady decades-long growth in income and living standards all have served to shape an image of Austria and Austrians as reasoned yet traditional, sober yet dandy, and reserved yet welcoming. It is precisely in this image that Kurz has tried to cast himself.

Even Kurz’s critics are quick to acknowledge that from the beginning of his career he had a remarkable ability to gauge the prevailing zeitgeist, all the while grounding himself in the core Austrian conservatism that the ÖVP represents. In contrast to populist politicians who have at best half-convicningly attempted to portray themselves as outsiders, Kurz embraces the fact he has had his sights set on a political career since his youth. Kurz recognized the quickest route to ‘authenticity’ was to never speak the word.

As Foreign Minister, Kurz was able to play host and diplomat to Austria’s wide variety of partners. He also judiciously avoided controversy in mainstream international media. On issues where Kurz would perhaps have been more vocal, he accepted his role as a government minister and did not speak out overly loudly when he disagreed with his party’s leaders, while tweaking those of the SPÖ, the senior coalition partner, in a way that did not offend Austrian sensibilities.

Kurz’s four years in the foreign ministry saw a series of regional and political crises, attesting to his political skill. Three months after taking office, Ukrainian oligarch Dmytro Firtash was arrested on a visit to Vienna on the request of US authorities. The arrest came two day’s before Moscow’s controversial referendum in Crimea and struck at the core of domestic politics in Ukraine, where Firtash long played an outsize role. Yet Kurz did not shy from being thrust in the spotlight, in fact he appeared to be hungering for it, with the then-27-year old even offering to mediate Russia and Ukraine’s disputes over Crimea.

Kurz ultimately backed sanctions, sensing the prevailing winds in Europe. However, he was vocal in calling for European business’ interests to be considered even before Italian, Hungarian and Cypriot politicians subsequently took up such positions. The move played well domestically in Austria, where many criticize great power games, perhaps with a slight, albeit unstated view towards the rearview mirror given their fatal role in Austria’s own history. Austria’s Raiffeisen bank also derives most of its profits from Eastern Europe and is the largest foreign player in Russia’s banking market. Russian President Vladimir Putin also travelled to Vienna in June 2014, his first post-Crimea visit to a Western country, with Kurz vocally defending the invite and signing of a controversial pipeline deal at the same time EU and US officials were deliberating sanctions on Russia’s energy sector.

Kurz’s time as foreign minister also coincided with Europe’s migration crisis, which was nearly simultaneous with his push towards the spotlight when he backed the stance of Austria’s eastern and southeastern neighbors even while then-Chancellor Werner Faymann waffled on the issue. By February 2016, Kurz was publicly embracing not only the positions of Warsaw, Budapest, and Ljubljana, but their rhetoric as well. In March 2016, Austria had closed its borders to most asylum seekers. By the end of May of that year, Faymann resigned. He was subsequently replaced by Christian Kern, the current head of the SPÖ.

Kurz took advantage of the weakness of the senior leadership within the SPÖ and his own ÖVP to push his personal agenda and reputation to the fore. Kurz has even sought to use the largely-symbolic rotating chairmanship of the Organization for Security and Cooperation in Europe (OSCE), which Vienna holds for 2017, to promote his political agenda. Kurz was bold enough to broadcast this intention, declaring in an interview with Der Spiegel that he would use the post to push for the lifting of sanctions against Russia. He has also used the platform to again propose he mediate a solution to the conflict in Donbas, even writing an English-language op-ed for Politico on the subject this September. Demonstrating Kurz’s eye for the future, however, a number of senior staff members have left Kurz’s Foreign Ministry since the start of the year, promoted as Austria’s new ambassadors to some of its leading partners. A further major reshuffle is expected after the election, a possible indication that Kurz will continue to cut a prominent figure on the international stage.

Kurz, the Candidate: Dressed to Impress

A year after Faymann’s resignation, the Kern government collapsed, prompting the elections that will be held on 15 October. The interim period saw the contested and contentious 2016 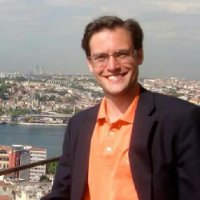 Max Hess is a senior political risk analyst with the London-based AEK international, specializing in Europe and Eurasia.

presidential run-off election, in which the initial result was annulled and the far right Freedom Party’s (FPÖ) Norbert Hofer was narrowly defeated by independent candidate Alexander Van der Bellen. Kurz had refused to endorse either candidate. Yet it was the fact that the run-off featured neither a candidate of the SPÖ nor the ÖVP for the first time that appears to have most shaped Kurz’s current candidacy.

Van der Bellen, an alumnus of Austria’s relatively minor Green Party, was seen by many on the Austrian right as nearly as radical as Hofer. The Austrian presidency is also largely symbolic – although Hofer’s platform included steps that would have been unprecedented by the Austrian executive. As a result, there was little domestic political cost to Kurz remaining neutral.

The lack of an SPÖ or ÖVP candidate in the final round highlighted the shifts underway at the heart of Austrian politics, and the weakness of then-ÖVP leader Reinhold Mitterlehrner, who stepped back in May, enabling Kurz’s ascent.

Kurz, however, attached a number of conditions to the proposal that he lead the ÖVP. The decades-old party fell in line behind Kurz quickly, even agreeing to campaign under the joint branding of ÖVP and ‘Kurz List – the New People’s Party’. Kurz’s image, rhetoric, and bold proclamations on the campaign trail have put the party comfortably in the lead in the polls.

The lead Kurz maintains in the polls has come primarily at the expense of the far-right FPÖ, although incumbent Chancellor Christian Kern has done his party no favors following a series of scandals. Kern’s SPÖ is polling behind the FPÖ in most polls and he has declared that he would prefer to lead the opposition than re-form a coalition with the ÖVP.

Kurz and Kern’s relationship was already poor but the latest scandal around the SPÖ alleges a controversial former election advisor set up social media pages aimed at besmirching Kurz, only dampening the possibility for a renewed coalition. Yet Kurz also knows the difficulties inherent to forming a government with the FPÖ, despite having adopted much of its rhetoric in his own campaign. Such a government could come under some degree of EU censure, as it did the last time the ÖVP and FPÖ formed a government in 2000. The FPÖ then was the larger of the two parties but would undergo a series of splits while in government.

Although the FPÖ of today has long since coalesced under the leadership of Heinz-Christian Strache, it too will be wary of a coalition with the ÖVP, albeit less over concerns of an EU rebuttal than over Kurz continuing to encroach on its political space.

Get Shorty – the Chancellor? the future EU Commission President?

Kurz is likely to become Austria’s most prominent Chancellor on the international stage in decades. His willingness to be outspoken and take on issues far afield from Austria steadily grew during his tenure in the foreign ministry. Beginning with his early proposal to mediate between Moscow and Kyiv towards the end of his term, he was sufficiently confident to publicly endorse incumbent Macedonian Prime Minister Nikola Gruevski ahead of that country’s December 2016 election.

Kurz’s alliances in the Balkans and Eastern Europe are extensive and he was one of the few leading EU politicians outside the region to defend Hungary’s crackdown on migrants and refugees. Kurz’s economic policies are more traditionally liberal than those of the Visegrad Group but are also tinged by his populist bent. Nevertheless, he sees himself as a leading exponent of the same cultural conservatism embraced by leaders such as Viktor Orban or Nigel Farage. He is telegenic and well-spoken and has shown a knack for youth politics, of particularly importance in Austria where the voting age is 16.

In cooperation with IFIMES