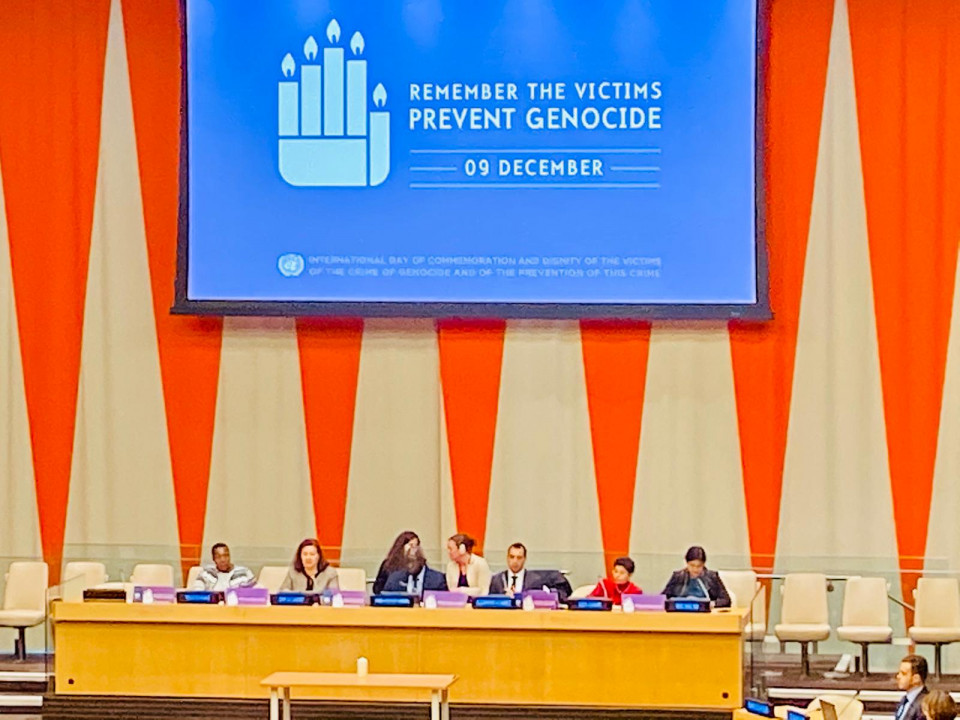 Main Representative of the International Institute for Middle East and Balkan Studies (IFIMES) to the Economic and Social Council (ECOSOC) of the United Nations (UN) in New York Irena Mernik Knee attended the marking of the anniversary of the Convention on the Prevention and Punishment of the Crime of Genocide (Genocide Convention), as well as the International Day of Commemoration and Dignity of the Victims of the Crime of Genocide and of Prevention of this Crime, established by the General Assembly in 2015. The event, organized by the Office on Genocide Prevention and the Responsibility to Protect, offered an opportunity to honor the victims of genocide, and mark the 71st anniversary of the Convention, which has been ratified by a total of 152 Sates.

The event was opened by the Chef of Cabinet to the Secretary-General of the UN António Guterres Maria Luiza Ribeiro Viotti, on his behalf. Representatives of the Multi Faith Advisory Council to the UN Interagency Task Force on Religion and Development offered an interfaith prayer. 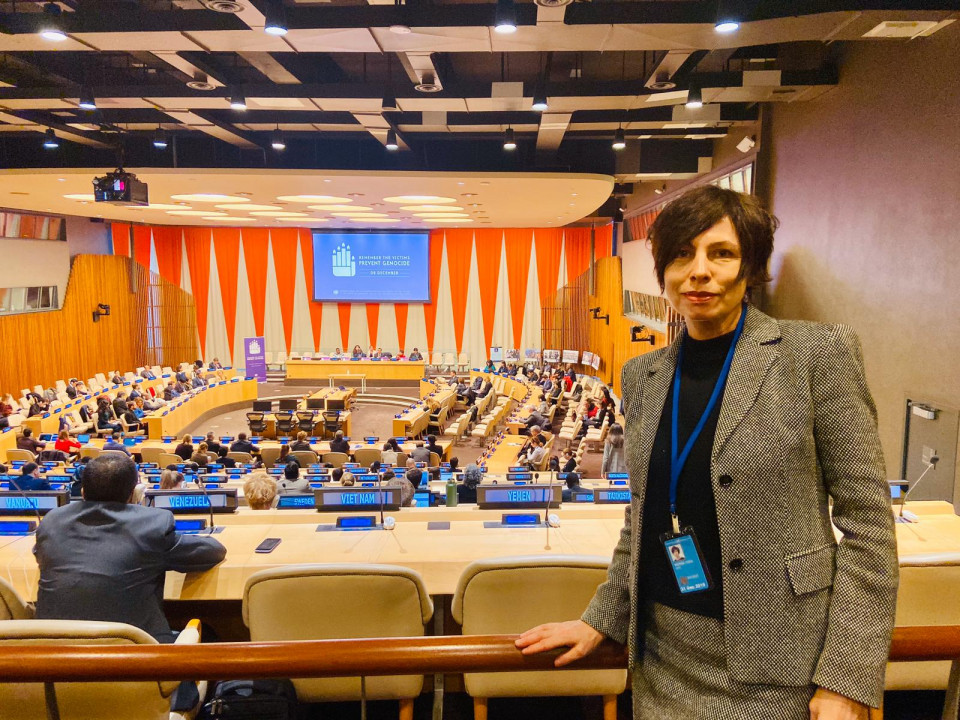 In panel discussion entitled: “Champions of Prevention – Experiences from the Field”, moderated by Adama Dieng, Under-Secretary-General and Special Adviser on the Prevention of Genocide, the participants exchanged views on the role of remembrance and education as important tools of prevention through raising awareness on genocide and memorialisation of the victims of past crimes. Engaging young people in training programmes and commemoration events was stressed as being crucial in addressing the issues of radicalization and denialism thus contributing to prevention of identity based crimes on ethnic and religious grounds.

Followed by a round-table discussion, organized by the Permanent Mission of Armenia to the UN, the representatives of the UN Member States, UN agencies, funds and programmes, members of academia, students, and civil society organizations explored the role of education in the fight against the crime of genocide from the viewpoint of visualization, information coverage and dissemination and reviewed the reflection of genocide in art and culture, and its impact on prevention. 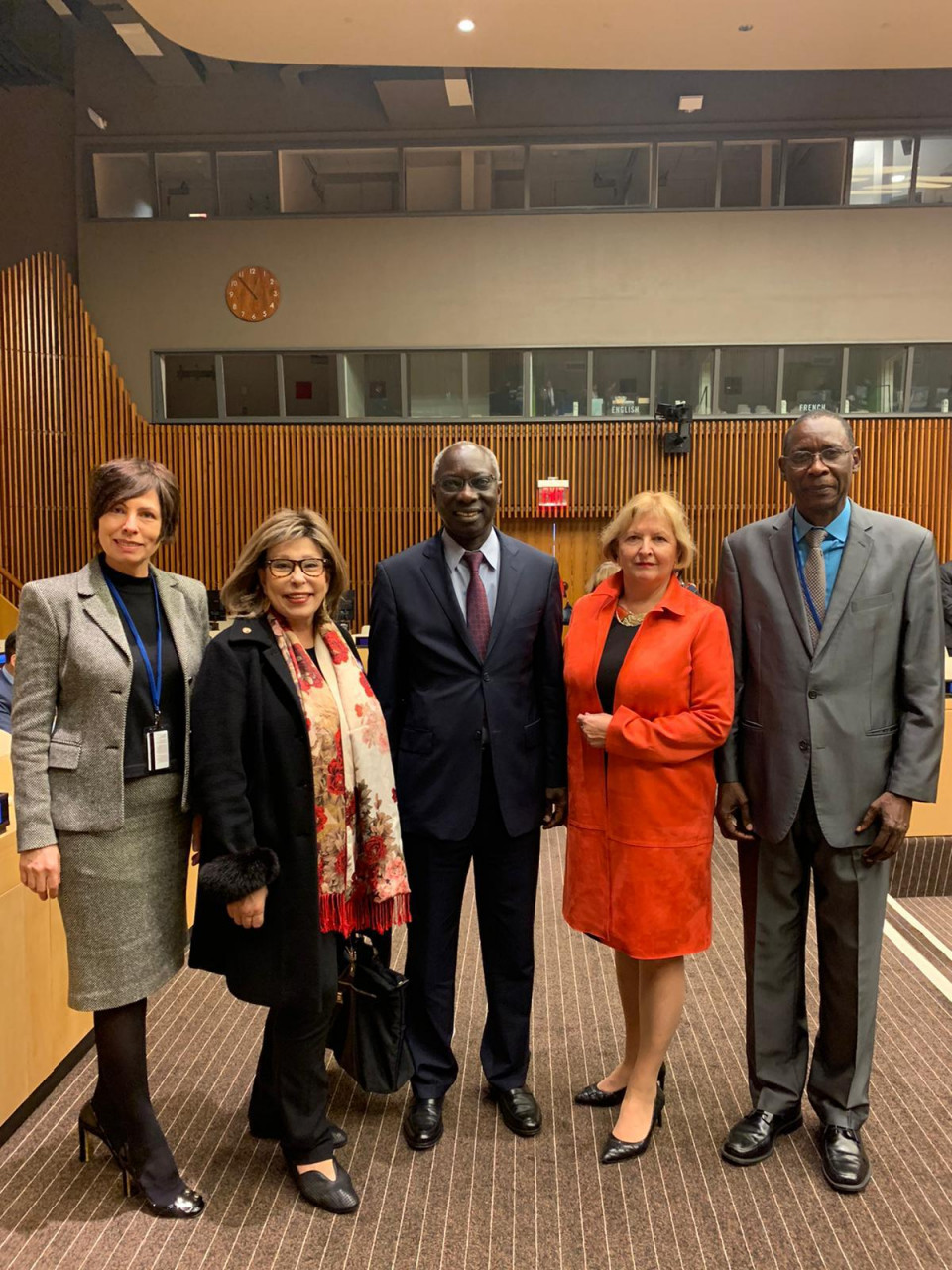 During several side meetings, including the meeting with Adama Dieng, Under-Secretary-General, Special Adviser of the Secretary-General on the Prevention of Genocide, Irena Mernik Knee, introduced the work of the IFIMES in raising the importance of the issue of prevention of the crime of genocide and the crucial importance of reintegration its victims back into all the segments of societies, after the justice has been served and impunity of those, who committed the crime, brought to an end. She stressed upon the importance of the efforts of the UN and its agencies related to the healing of the people of Srebrenica and suggested a form for a possible closer collaboration between the Office of Special Adviser of the Secretary-General on the Prevention of Genocide and IFIMES in New York in a very near future.