The spirits of Macedonia are spreading through the region! 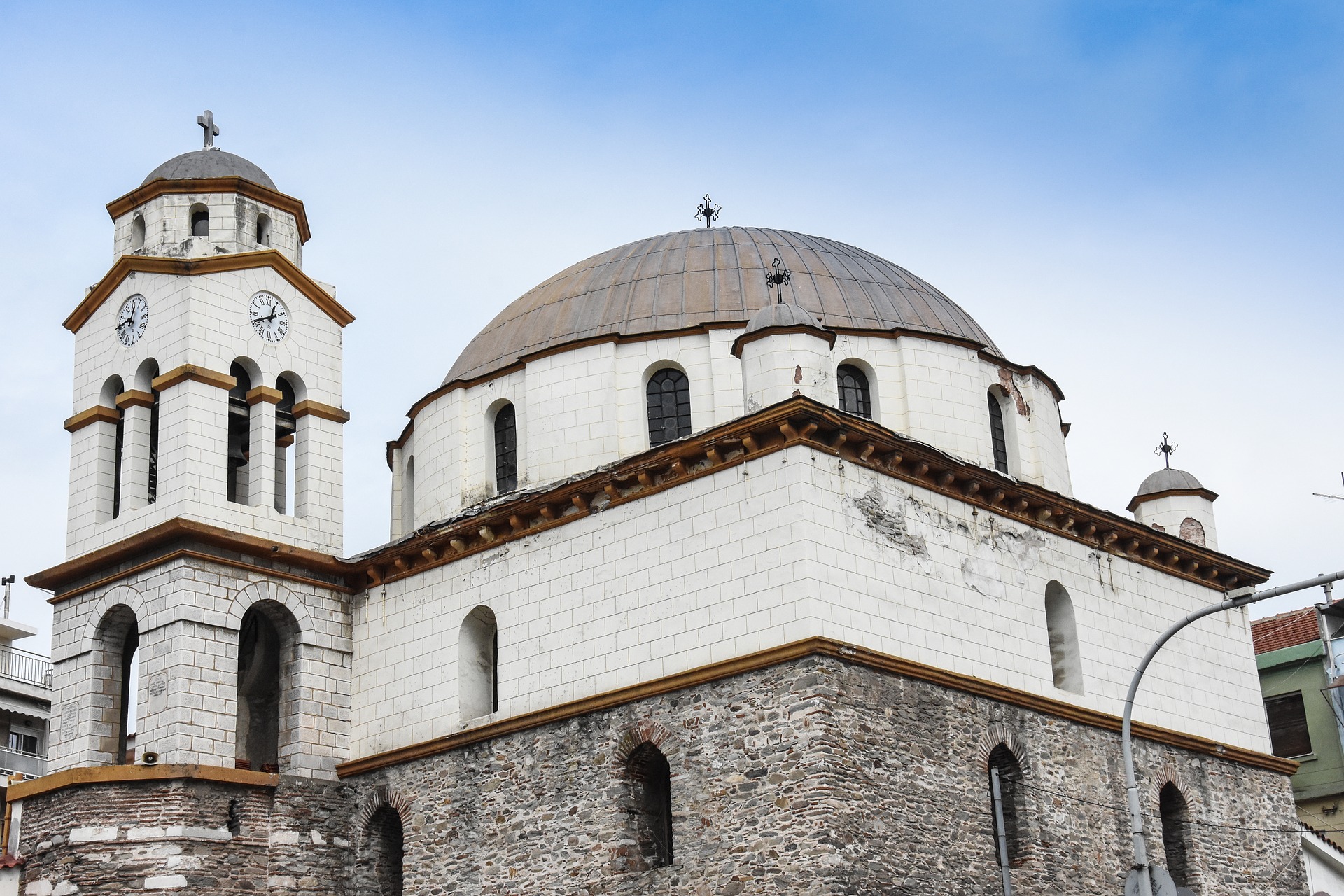 The Republic of Macedonia held parliamentary election on 11 December 2016. The new government was appointed on 31 May 2017.

The parliamentary election was the result of the Pržino Agreement from June 2015 when following long and difficult negotiations the four leading political parties in Macedonia – the Internal Macedonian Revolutionary Organization-Democratic Party for Macedonian National Unity (VMRO-DPMNE), the Social Democratic Union of Macedonia (SDSM), Democratic Union for Integration (DUI-BDI) and Democratic Party of Albanians (DPA-PDSH) – reached an agreement to overcome the deep political crisis caused by illegally tapped telephone conversations of 26,000 citizens and to hold early parliamentary election under certain conditions. The key issue was to revise the voters list which had over 330,000 voters and to establish appropriate media regulation and equal access to the media for all political entities in order to ensure their equal treatment by the media in the election campaign as opposed to previous absolute media hegemony by VMRO-DPMNE and by Nikola Gruevski and Sašo Mijalkov.

Following a democratic denouement the country has seen a gradual democratic transformation and consolidation.

The local elections held in October/November 2017 were decisively won by the coalition gathered around SDSM.

The new government became the promoter of positive political processes not only in the Republic of Macedonia but also in the whole Western Balkans. It has undertaken visible efforts and activities for the consolidation of the Republic of Macedonia and its accession to EU and NATO membership. The government is aware of the immense importance to build and develop trust and partnership with the citizens, so it uses slogans such as “The government for the citizens” and “One society for everyone”. 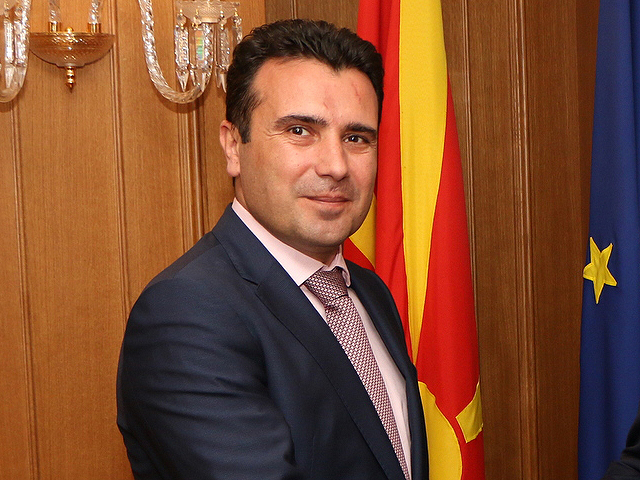 Source: Zaev congratulates Montenegro on being admitted to NATO – http://vlada.mk/node/12831?ln=en-gb

Prime Minister Zoran Zaev (SDSM) and his coalition partners are on the good road to resolve the most difficult political issues of national importance. Nevertheless, he has also expressed readiness for cooperation with the opposition party VMRO- DPMNE in order to build a better future for the country through the “Partnership for Macedonia” and achieve a general consensus on the key issues, such as EU and NATO membership. This partnership approach to the opposition parties represents a new political culture on the Macedonian political scene under the circumstances when decisions have to be made on the main problems of the Republic of Macedonia and on its future which is primarily related to NATO and EU membership.

Unblocking of the negotiations to resolve the name dispute with Greece is essential for accelerated accession of the Republic of Macedonia to NATO and EU. Relations with Bulgaria have been revived with the signing of the historical agreement on good neighbourly relations between Macedonia and Bulgaria, which was ratified by the Macedonian and Bulgarian parliaments. Prime Minister Zaev has made a breakthrough on the Macedonian political scene by actually tackling the key national issues. Until now those issues were left to the right-wing political parties, while this time they are dealt with by the left-wing parties. Paradoxically, throughout the region the key national issues have been dealt with the right-wing political parties, which has proven wrong and harmful not only for Macedonia but for the whole region.

Negotiations with Greece are also developing in the positive and optimistic direction of finding the possible mutually acceptable solution, while the issue of relations with Albanians has been resolved by adopting the law on the use of Albanian language and the languages of ethnic minorities, which also contributes to a better internal integration of the country. Prime Minister Zaev obviously builds the welfare of the Macedonian state and multiethnic society on agreement, negotiations and compromise, which sends a new message to the region and creates the atmosphere of trust, respect, communication and mutual understanding, and most importantly, enables compromises that lead to EU and NATO accession. The new European Commission strategy on EU enlargement has given new hopes for Macedonia to soon start negotiations with the EU and unblock the accession process that was halted in 2006.

Analysts have noted the importance of democratic transformation and reconstruction of the Macedonian society through the strengthening of professional and depoliticized institutions and judicial reform. New Macedonian authorities have zero tolerance to corruption and violation of human rights.

In the latest report by Freedom House, Macedonia was represented as a bright spot in the region and the country that has achieved the greatest progress. After many year of struggling Macedonia now has an open door to new opportunities, while the neighbouring Serbia has marked a regression for the past four years and is coming close to the countries with the status of „consolidated authoritarian regimes“, among which Poland and Hungary have marked the largest decrease in the quality of democracy.

The Republic of Macedonia’s next task is to amend the Election Law. The present Election Law is based on the proportional representation system and six constituencies. Experts believe that in order to find the most optimal solution Macedonia should consider the proposal for one constituency with the open-list system.

Are the EU, NATO and Greece pushing Macedonia into Russia’s hands?

Macedonia’s NATO membership is of strategic interest for all the countries in the region including Serbia, since it will ensure stability and peace in the region. Greece should support Macedonia’s accelerated accession to NATO, bearing in mind the strong external and internal pressures for changes in the geopolitical orientation of certain countries in the region. The EU, NATO and Greece will have to assume the huge responsibility if they push Macedonia into Russia’s hands by carrying on their (ir)responsible politics. The issue of national identity is essential for every nation, also for the Macedonians. The national identity of Macedonians cannot be changed or disputed – the state of Macedonia was given its name from its nation and not from the region.

The new government of the Republic of Macedonia has restored friendly relations with all the neighbouring states. Nevertheless, it is worrying that the meeting of the governments of the Republic of Serbia and the Republic of Macedonia to be held in Skopje has been postponed twice. Analysts believe that the two consecutive postponements of the intergovernmental meeting represent one of the signs that Serbia still has not given up its efforts to destabilise Macedonia, which is also supported by the fact that Serbia has strengthened its intelligence activities in Macedonia. The Aleksandar Vučić (SNS)-Ivica Dačić (SPS) duo are also indirectly involved in the destabilisation of Macedonia. 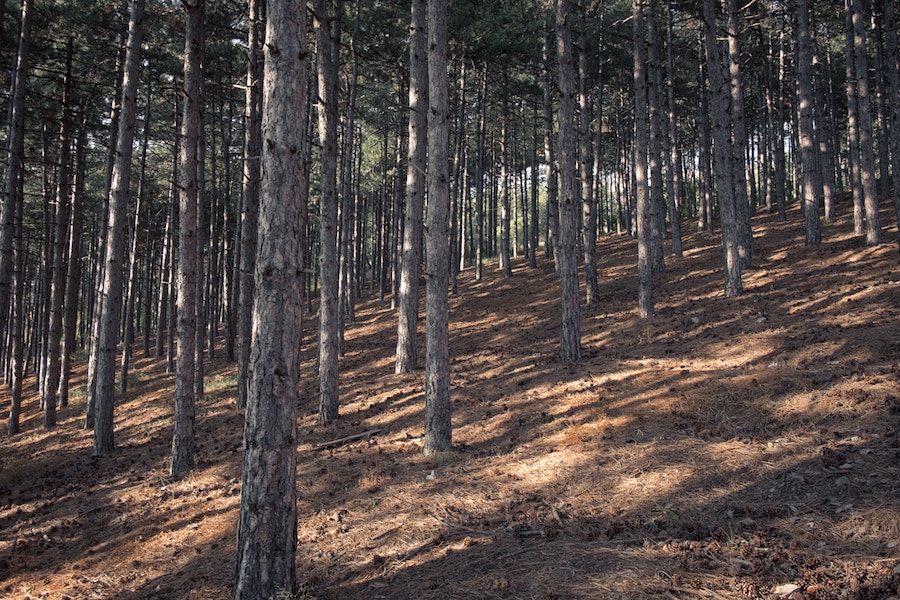 The spirits of Zaev and Macedonia are spreading through the region!

For some years now, the Republic of Macedonia led by Zoran Zaev has been fighting an organised fight against crime, corruption, nationalism, chauvinism and fascism. “United in Diversity” and “The Truth for Macedonia” were some of the slogans used for mobilising Macedonian citizens to oppose one of the most rigid and autocratic regimes in Europe.

The so-called “3–6–9” Macedonian reform programme is the first serious step to full membership in Euro-Atlantic integration after a ten-year deadlock period. It envisaged everything that had to be done in three, six and nine months in order to enable the development of Macedonia and the improvement in the quality of life for its citizens. After the completion of the “3–6–9” programme, the new “Plan 18” will be implemented for the next 18 months until the beginning of the negotiations with the EU. Enviable economic growth and economic revival of the state is forecast for the next period. 235 million EUR worth foreign investment has been recorded in the first quarter of 2018. It is interesting to note that Russian investments in Macedonia represented only 27 million EUR and that only 78 companies are in direct Russian ownership with a more than 25% stake in capital. The new government of the Republic of Macedonia has already achieved significant results in fields of health care (increased stand-by duty allowances amounting to 10-20% of monthly salary, remuneration of private trainee specialists, a feasibility study on public-private partnership in health care, a decision to build a modern clinical hospital centre in Skopje), agriculture (increased subsidies for farmers, grants for young farmers, modernisation in agriculture), internal affairs (fight against crime and corruption, a high level of national security, successful dealing with the migrant/refugee crisis, the police has become a service for the citizens, modernisation of the security apparatus), and it has also applied an innovative approach to cooperation with the diaspora which represents more than 40% of the country’s population.

Zaev’s government in Macedonia has not been accepted favourably by the autocratic regimes in the region. The obnoxious clerical-nationalistic regimes have found it hard to face the reality and the fact that Macedonia is led by the new government and Zoran Zaev. The deeply rooted political approach that has been followed by most of political leaders in the region was based on expressing patriotism, which subsequently grew into nationalism and chauvinism, and eventually even into open fascism. The concept of the civic state and the “government for the citizens” first disturbed Aleksandar Vučić, who was closely connected with Nikola Gruevski’s regime. Vučić is still trying to conceal the multiethnic character of Serbia through his political activities. Zaev’s politics have also disturbed the regimes in Bosnia and Herzegovina, since the concept of the civic state is focused on the citizen rather than on ethnic, religious or any other issues. It is according to this principle that all European countries are organised, unlike the existing ethnic reservations in Bosnia and Herzegovina and the announced formation of the new ethnic reservation for the Croats that could be achieved through the anticipated amendment of the Election Law of Bosnia and Herzegovina.

The situation in Bosnia and Herzegovina is similar to that in Macedonia before Zoran Zaev came to power. With his slogan of “one society for everyone” he managed – in a relatively short period of only one year – to eliminate numerous divides in the Macedonian society, liberate the state which was held hostage by the regime and relax the tensions between different ethnic communities in Macedonia. Therefore, it is feasible. The spirit of Zoran Zaev is spreading throughout the region, and this is of special importance for Bosnia and Herzegovina as a multiethnic state and for its forthcoming 2018 general election.

Bosnian-Herzegovinian society is multiethnic and heterogeneous just as the Macedonian society. Nevertheless, throughout the history, different ethnic groups were able to coexist in harmony in both countries. There is a strong political potential for the new political forces and politicians to run at the forthcoming general election in Bosnia and Herzegovina – forces and politicians that will strive to create one society for all in which everyone will feel free primarily as a citizen and only then as a member of certain ethnic or religious community. New politicians have appeared on the Bosnian-Herzegovinian political scene such as Denis Bećirović (SDP) and some others who want to build such a society for all the citizens as Zoran Zaev is building in the Republic of Macedonia. Thanks to such positive politics Macedonia has now been placed in the focus of regional events and become the leading country in the region.