The Success Story of BIOFACH and VIVANESS 2019 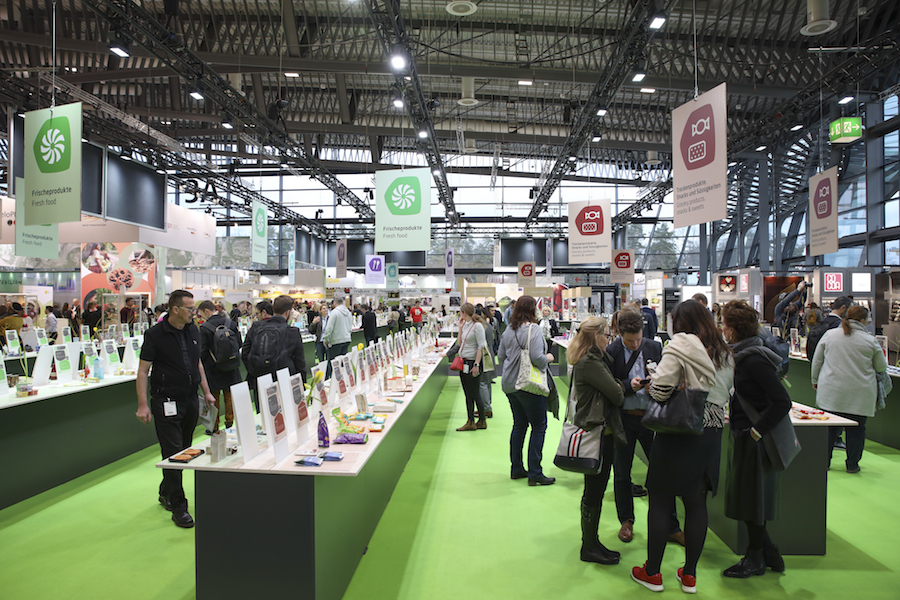 In Nuremberg, the BIOFACH organic food trade fair and the VIVANESS Natural Cosmetics Fair were held from February 12th to 15th. The largest European organic food fair celebrated its 31st anniversary with a record number of participants: 3,792 exhibitors from 110 countries showcased their products to trade visitors in a display area of almost 60,000 m2 – featuring two brand new halls designed by Zaha Hadid Architects.

After Germany, with 1000 exhibitors, the main exhibiting countries were Italy (550), Spain (240), and France (222). The fair presented a wide range of organic products ranging from fresh to frozen food, bakery and confectionery products, beverages, and raw food. More than 47,000 professional buyers from 136 countries were won over by the new developments, trends, and innovations from all around the world.

The exhibition was founded by Hagen Sunder, Hubert Rottner, and Jürgen Ries; it all began with 197 exhibitors in the Ludwigshafen Stadthal- le in 1990. Some 2,500 visitors attended the “1st European Trade Fair for Organic Food and Natural Products” at that time. Over the years, BIOFACH has now developed into the World ́s Leading Trade Fair for Organic Food. The natural cosmetics segment was separated from the exhibition in 2007 and since then has been organized parallel to BIOFACH as VIVANESS, International Trade Fair for Natural and Organic Personal. 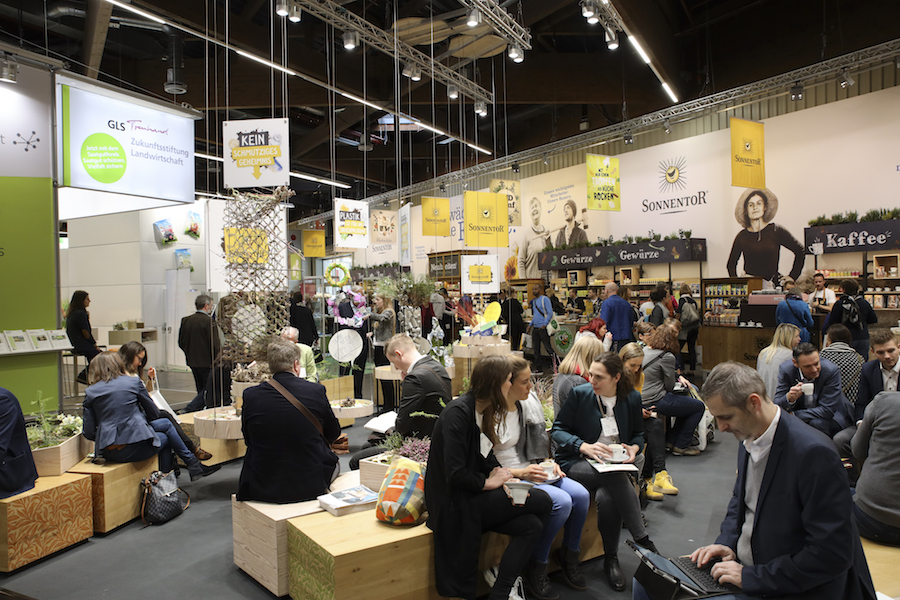 The combined trade fair was opened jointly by Julia Klöckner, Federal Minister of Food and Agriculture, and Dr. Jane Goodall, primate researcher, environmental activist and UN Messenger of Peace. The participants were deeply moved by the keynote given by Dr. Goodall and gave her a standing ovation. This was the first year that the BIOFACH and VIVANESS Congress gathered almost 10,000 delegates and discussion participants in 149 individual sessions, confirming its role as the most important international platform for sharing knowledge and information in the sector.

The main congress theme, “Organic delivers!”, attracted an above-average total of 75 participants to each of the ten sessions. Bio contributes at many levels – protecting our water, improving soil fertility and increasing biodiversity. Bio protects the climate and provides basic conditions for life. For example, organic farming reduces nitrogen supply by 28 percent, the abundance of earthworm populations is 78 percent higher and biomass is 94 percent higher. Organic breeding is beneficial for biodiversity: organically certified meadow sets provide a home for up to 5,000 animalsandplants. 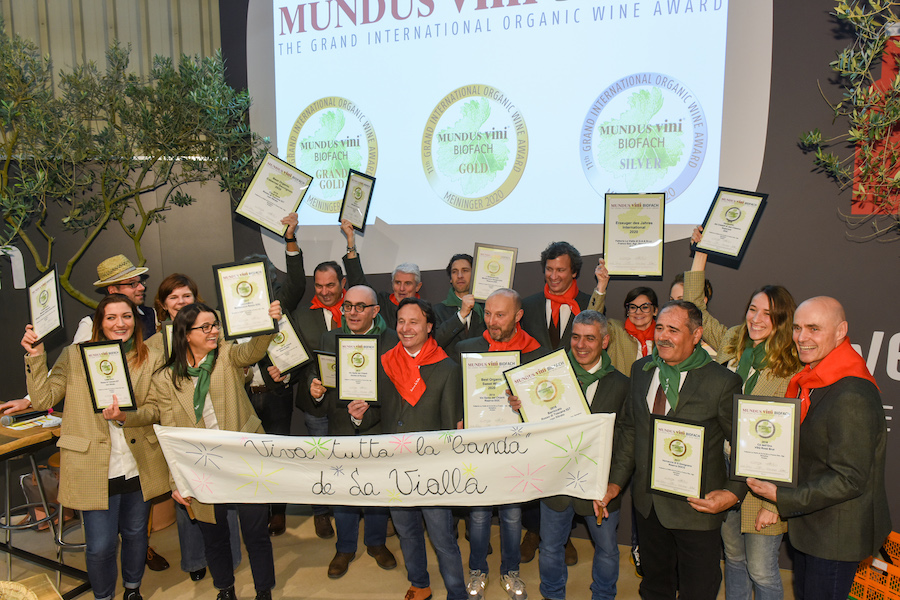 Topic “Water – the basis of life in danger?”

became another theme of this year. In lectures and many other forms, a number of associations, institutions and companies presented their water projects and products as a resource for life. The key trends of this year ́s BIOFACH fair were “Packaging”, “Vegan 2.0”, “Open Pollinated Varieties” and “Region 2.0”. What motivates the bio world in 2020: less packaging, more regional products, and more biodiversity. Customers would prefer to have their favorite products ecologically packaged, or rather, unpackaged instead of waiting for a new product. For food packaging, beeswax fabrics came up repeatedly. Products of regional origin have their own history that creates emotional connections for consumers. An example is rice from Austria, which supports local agriculture and provides consumers with products that would otherwise have to travel thousands of kilometers.

Over at Vivaness, acclaimed products included SPEICK Naturkosmetik soaps and shampoos, or hemp seed oil and other products by two-time winner PRIMAVERA LIFE. 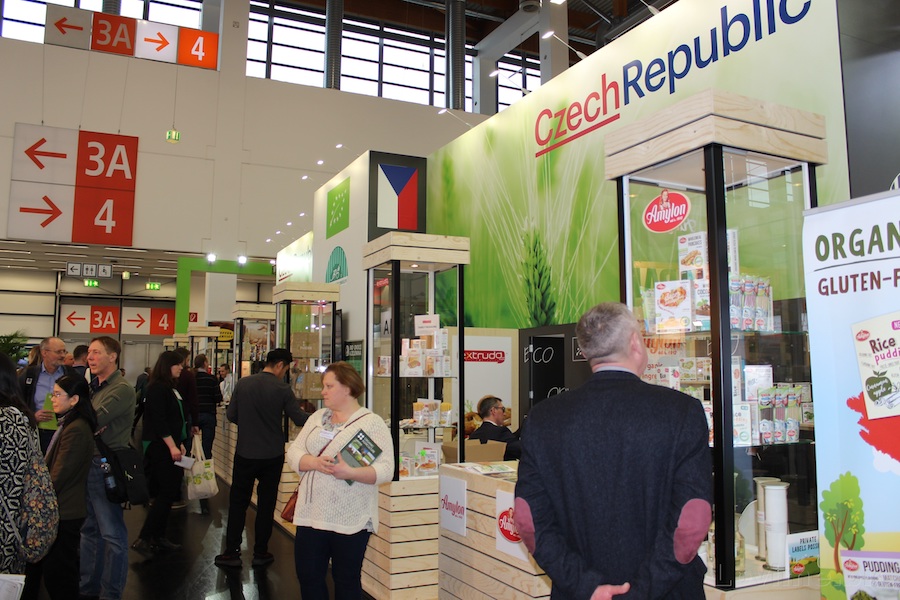 Assortments, OLIVE OIL, WINE and VEGAN had dedicated their own worlds of experience. In addition to product presentations, there were tastings and a specialized accompanying program. The MUNDUS VINI International Wine Award bestowed their silver, gold and Grand Gold medals. The distinction of best international producer of organic wine was awarded to Fattoria La Vialla from Tuscany. Meanwhile, the olive oil rankings were dominated by oils from Spain and Italy.

Vegan – This range is one of the most dynamic and ever-growing segments of the fair. 1787 exhibitors presented their vegan offer and 1461 vegetarian offers.

Raw is also popular – raw or live food (food that has not been treated at more than 45 ° C) were presented by 1414 exhibitors.

This year, for the thirteenth time, 32 Czech companies exhibited at Biofach. Twenty companies applied for the attention of the international audience at the national stand, covered by the Ministry of Agriculture of the Czech Republic.

Organic farming in the Czech republic represents about a 13% share of total agricultural land; in particular, it is comprised by orchards and vineyards. Organic food production in the country amounts to approximately CZK 3,5 million, of which about half is sold on the Czech market and the rest exported abroad. The average Czech consumes about CZK 314 worth of organic food per year, (compared to the EU average of 67 euros), representing 1,2% of the total food market. 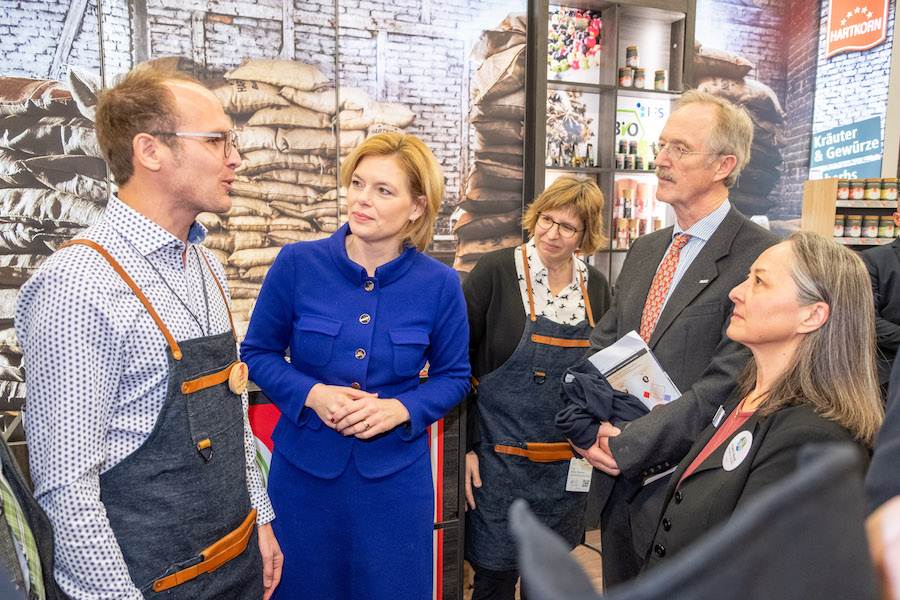