Vienna Process: From Culture for Peace to Culture of Peace 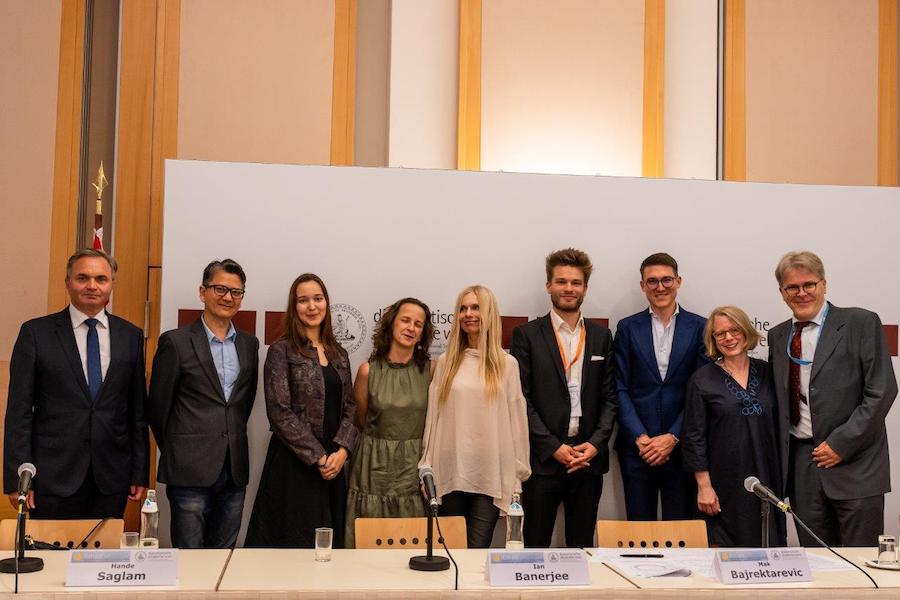 A conference whose theme was “From the Victory Day to Corona Disarray: 75 years of Europe’s Collective Security and Human Rights System (Legacy of antifascism for the common pan-European future)” was held on July 1 at the Diplomatic Academy in Vienna. One of the very few real events organized in Europe in past 6 months, this one-day conference brought together leading speakers from different continents and spectrums grouped in three panels. This highly anticipated international event thoroughly discussed on WWII legacy and antifascism, multilateralism and cross-continental affairs, but also about culture, science, arts and sports.

On a first glance, one may wonder what the panel on culture, sports and arts have to do with topics on politics and diplomacy. An Austrian top diplomat, historian and current Diplomatic Academy director, Emil Brix – who welcomed participants on behalf of the organizers – listed three essential questions under discussion. The first is legacy and security that remains relevant even 75 years after the end of World War II. The next one is different aspects of culture (education, art, science, academic cooperation). Or in his own words: “the topic we should all talk about… Culture and cultural differences are the main issue to be considered if we want the universal system to work the way we want… Cultural cooperation remains one of the main problems in the EU.” The last question listed by Ambassador Brix is that of the future.

Inclusion of culture on the agenda of the conference ‘From the Victory Day to Corona Disarray: 75 years of Europe’s Collective Security and Human Rights System’ is not an accident. Various spheres of culture and their tools along with geopolitics, diplomacy, security, and history were intensely used for the past 75 years in maintaining the established peace and contributing to the prosperous society. Experts from different fields of culture including science, arts, and sports were invited to present their vision under the II Conference’s Panel.

Tellingly, the centrally positioned II Panel of this day-long international gathering – that was successfully bridging the I and the III panel – borrowed its very title ‘From Culture for Peace to Culture of Peace’ from the Action Platform Culture for Peace which was one of the principal organizers of this high level conference.

The first Panel’s speaker was Ian Banerjee, an urban researcher at the Vienna University of Technology with his 20 years of experience in international urban development and urban innovation. His take titled: “Inventing Peace – Urban culture, creativity and the role of immaterial values in the digital age” was dedicated to urban planning that is able to make the world a more peaceful place. He also referred to digitalization which is changing and shaping a new world where ‘humans and objects are becoming rational nodes embedded in large dynamic complex systems in entangled interdependencies. Prof. Banerjee’s vision of ways for a prosperous society as well as his particular example of the transformation of the city of Medellin sparked vivid dynamics of this Panel. 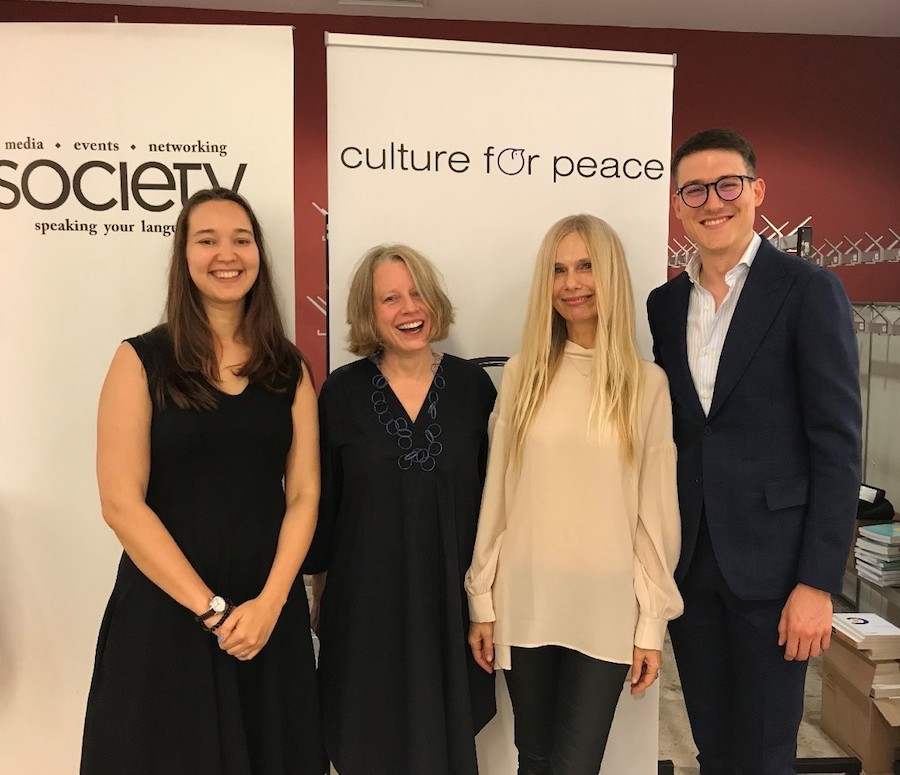 The next talk was presented by a lawyer, writer, and broadcaster from Australia, Lizzie O’Shea, whose writings were published among others by the New York Times, The Guardian, and The Sydney Morning Herald, and whose book ‘Future Histories’ has become a bestseller. Her presentation was focused on topics of privacy, human rights and surveillance in the online environment. Ms. O’Shea extensively talked on the preconditions that societies – supported by the diligent state – need in order to achieve the culture of peace state. In her view, these are the ties that bound; with a peace as the best social fabrics that evolves then into a societal culture, as the lasting civilizational vertical.

The theme of music and its role in maintaining a balanced and harmonious world was introduced by Miriam Schreinzer, musicologist, cultural manager, member of the Viennese Regional Music Advisory Board, and fundraiser. She talked about peace activists, scientists, and musicians such as Yoko Ono, David Adams, to name but few. Based on David Adams’s thesis Mag. Schreinzer defined that a culture of peace consists of values, attitudes, behaviours, and ways of life determined by non-violence, human rights, tolerance and solidarity. She also presented two organisations Jeunesses Musicales Internationales and Simon Bolivar Symphony Youth Orchestra of Venezuela (former El Sistema) whose mission is to enable youth to develop through music.

The theme of performing audio arts was continued by Hande Saglam. She is an ethnomusicologist, expert on migrant cultures and Deputy Director at Department of Folk Music Research and Ethnomusicology of the Music University Vienna. Dr. Saglam elaborated on role that music plays in the development and diversity of the communities and on bringing parallel societies into contact with each other. Through the history of migration in Europe and Austria, she traced the formation of migrant communities.

Culture of Peace is Cross-generational

Since the important mission of the Unifying Potentials for Future – Culture for Peace Initiative is to give the floor to the young generation; there were youth representatives at the panel as well. One of them was Lawrence Gimeno, a founder & CEO of ACSL (Austrian College Sports League), the fastest expanding and probably the largest University Sports platform in Europe. Using his startup as an example, Mag. Gimeno shared his vision of how sports can bring youngsters together and support a functional, stable society that rests on culture of peace. He passionately talked about the history and growth of ACSL from its very idea inception to the present.

Next to the Panel’s moderator, the youngest Conference’s speaker was Anastasia Lemberg-Lvova, an artist living in Estonia. Based on her 10-years engagement in the European Youth Parliament as well as art works that are inspired by the views, attitudes, reflections and visions of the European youth generation, Ms. Lemberg-Lvova introduced how the arts make its contribution to the development of a society in Europe – all which begins by the young generation. She also introduced her new artwork and exhibition that is called “Don’t avoid what is easy” paying attention to the rights of people to alter and adjust the environment for themselves.

All in all, the panel included experts from various fields of culture. Talks were engaging and content rich, comprehensively covering topic of culture as a whole and more specific issues related to music, sports and visual arts. Although Academy’s Director Brix said that contemporary challenges are not really new, this Panel surely offered novel ways to discuss and solve them. 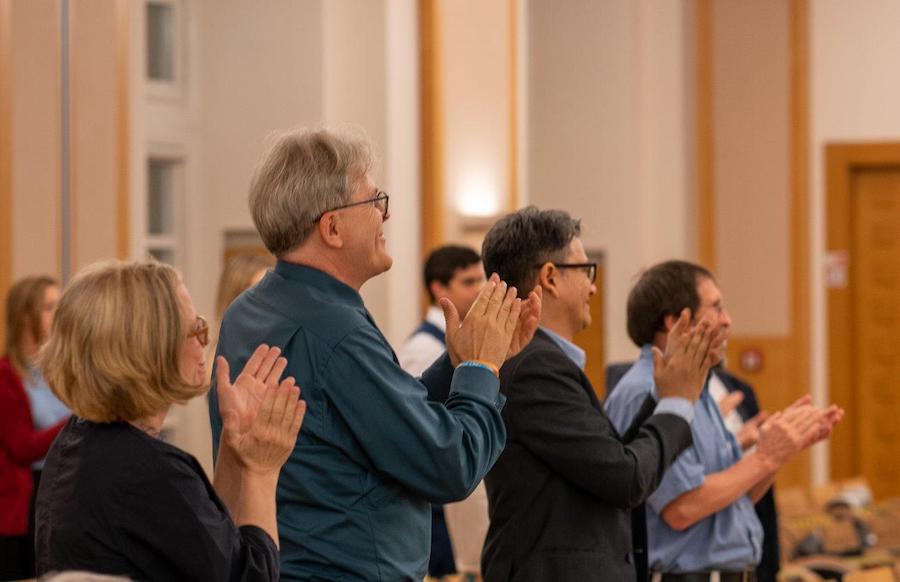 Interestingly, several speakers of the I as well as of the III Panel praised the work of the Culture for Pace Action Platform with their inclusion of culture of peace into a debate about the future of Europe. Former EU Commissioner and current President of famous Alpbach Forum, Dr. Franz Fischler ‘wished that the EU turns more vocal on culture as unifying aspects for the future’. Former Austrian President and current Ban Ki-moon Center Co-chair, Dr. Heinz Fischer stated that culture of peace is culture of cooperation, while the current Vice-President of the EU Commission, Margaritas Schinas reminded all that ‘Europe is essentially peace project’ and that the culture of peace is a ‘journey far from being complete’. 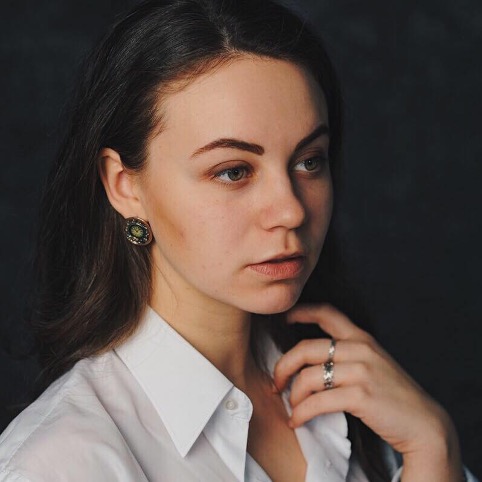 Anastasiia Pachina, Sociologist – Charles University, Prague. She is a Program manager – with the Culture for Peace Action Platform, and a marketing researcher in IPSOS CZ.