View from Latvia: Is the EU Failing us?

On the historic date of March 08th – International Women’s Day, a large number of international affairs specialists gathered for the second consecutive summit in Vienna, Austria. This leg of the Vienna Process event titled: “Europe – Future – Neighbourhood at 75: Disruptions Recalibration Continuity”. The conference, jointly organized by four different entities (the International Institute for Middle East and Balkan Studies IFIMES, Media Platform Modern Diplomacy, Scientific Journal European Perspectives, and Action Platform Culture for Peace) with the support of the Diplomatic Academy of Vienna, was aimed at discussing the future of Europe and its neighbourhood in the wake of its old and new challenges.

Among other notable speakers there was also a prominent EAF Lawyer of Latvia, Andrejs Pagors. His polemic, but very constructive views and suggestions contributed to the greatly mesmerising flow and outcome of the central conference’s panel. Central to his address was the question: A political bias and economic wellbeing – is reconciliation between the two possible? Following lines are his contribution to this highly successful Vienna Process event:

Latvia, like the rest of Europe, is experiencing the consequences of the Covid 19 (C-19) measures, which directly affects the economic state of the country and regions.

Small and medium-sized businesses are especially affected, for which the government has not yet developed a system of assistance, and the criteria for assistance do not allow all enterprises to apply for assistance from the state.

It should be noted that the crisis in Latvia did not begin in March 2020, but at the end of 2019. The drop in GDP was associated with a drop of transit and production sectors. A crisis or an epidemic has become the perfect cover for the lack of an economic development plan for the country.

The inadequate and purely concepted economic conduct of the government has led to the fact that the economic crisis will continue, and a more powerful wave awaits us, experts say. The government was not ready for the second wave of C-19 and the third wave is approaching for which we are not ready again.

Latvia is unique in that we are not trying to apply restrictive measures to save businesses that work in other European countries, but we come up with our own illogical measures that do not work, and we see that the number of cases is growing. Correct and logical measures will help to return to normal life, and this will allow the business to work productively and develop.

In all countries, except for Latvia, the government tried to support and prevent a drop in consumption of the inhabitants of their country, thereby supporting production. In Latvia, an unfortunate measure to ban trade in a number of goods led to the closure of production, which ultimately reduced tax revenues to the state treasury by 18.5%.

White flags at shopping centers symbolize a decrease in turnover and that the safety factor is running out. Enterprises that, due to restrictions, were unable to sell seasonal goods, did not receive working capital to purchase new goods. The government was slow to realize the opportunity to support the business by allocating money for working capital that could be used to pay off rent and pay utility bills.

A political bias and economic wellbeing – You can not have both

At the same time, the current authorities did not take any measures for state economy or rejection of non-priority projects. If we compare with other countries, the reduction of government officials began everywhere. In Latvia, the number of officials has not been reduced, even with a decrease in the amount of work. From every 1 euro of tax paid to the treasury, 0.15 euro is spent on the maintenance of the state apparatus.

At the same time, during the C-19 measures, Latvia turned out to be one of the leaders of the sanctions policy that was deadly for business. For 30 years Russia and Belarus have been using Latvian ports. And objectively for central Russia, Belarus, our three leading ports of Ventspils, Riga and Liepaja are more profitable than the Russian Ust-Luga. The tariffs are 25-30% lower, the speed of cargo clearance is faster.

However, the result of many years of anti-Russian rhetoric was Russia’s refusal to work with Latvia. The Kremlin used the administrative resource, and the goods went bypassing the Baltic countries. At the moment we have lost banking business, transit and trade with our neighbors Belarusians and the Russian Federation. Consequently, the economy became hostage to politics. There was hope for China. Moreover, scientists are sounding the alarm and note the slowdown of the Gulf Stream, which could nullify all the efforts of Russia and China on the northern sea route.

China has a well-known project – “One Belt – One Road”, it is also called the “New Silk Road”. Beijing was ready to work in both Latvia and Estonia. However, following in the wake of American policy, the Chinese were not allowed to enter the Baltic. And now, after the breakdown of the EU-China investment agreement due to the Uyghur agenda, there is no need to wait for investments from China. Hence, due to political problems, port complexes – just few years ago still among the most promising in the Baltics, is now threatened.

At the municipal or city level, the situation is the same as on the state level. Let me use as an example my own birth city: Jelgava (Mitava), 800 years of history and development. Where 20 years ago minibuses of the European level were produced and one of the largest sugar factories worked.

At the end of the 90s, the RAF plant with 4,000 employees was liquidated, and in 2006 the Jelgava “cukurfabrika” was liquidated, which produced sugar for the whole country and for export, gave jobs and developed agriculture, which was engaged in the cultivation of sugar beets. The political elites made concessions to the EU in exchange for positions and places in the Brussels apparatus. Now, Latvia buys sugar in Denmark. In 2010, a major investor in the production of railroad cars came to the city, but again political interference prevented the start of large-scale production in the city, although the amount of financial injection into the city was equal to the entire annual budget of the city. This time, the investor was from neighboring Estonia. But politics intervened here too.

Rocky 2020 showed us that things are not changing for the better. In addition to the war of sanctions with Russia and China, the “war of vaccines” was added. At the same time, the old national political establishment continues to live according to the principle “the state is us”, prioritizing its own interests, and not the country’s economy. I note that the C-19 measures have demonstrated the weaknesses of the EU. Recently, the European Commission diversified the procurement of vaccines returning it onto the Member States level – each country has the right to purchase it independently.

What will than happen next? If the EU cannot resolve important issues, maybe we, the EU states, need more autonomy in economic matters, in the implementation of national projects, too. And in the change of political teams that turned out to be inadequate to effectively tackle the mounting C-19 induced socio-political and economic crisis. 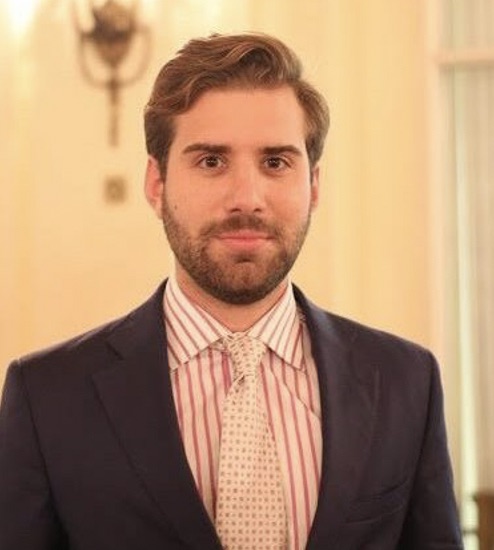 Eugene Matos de Lara, publisher of the academic journal Border Crossing, he is an International Private Law specialist of the University of Ottawa, Canada.