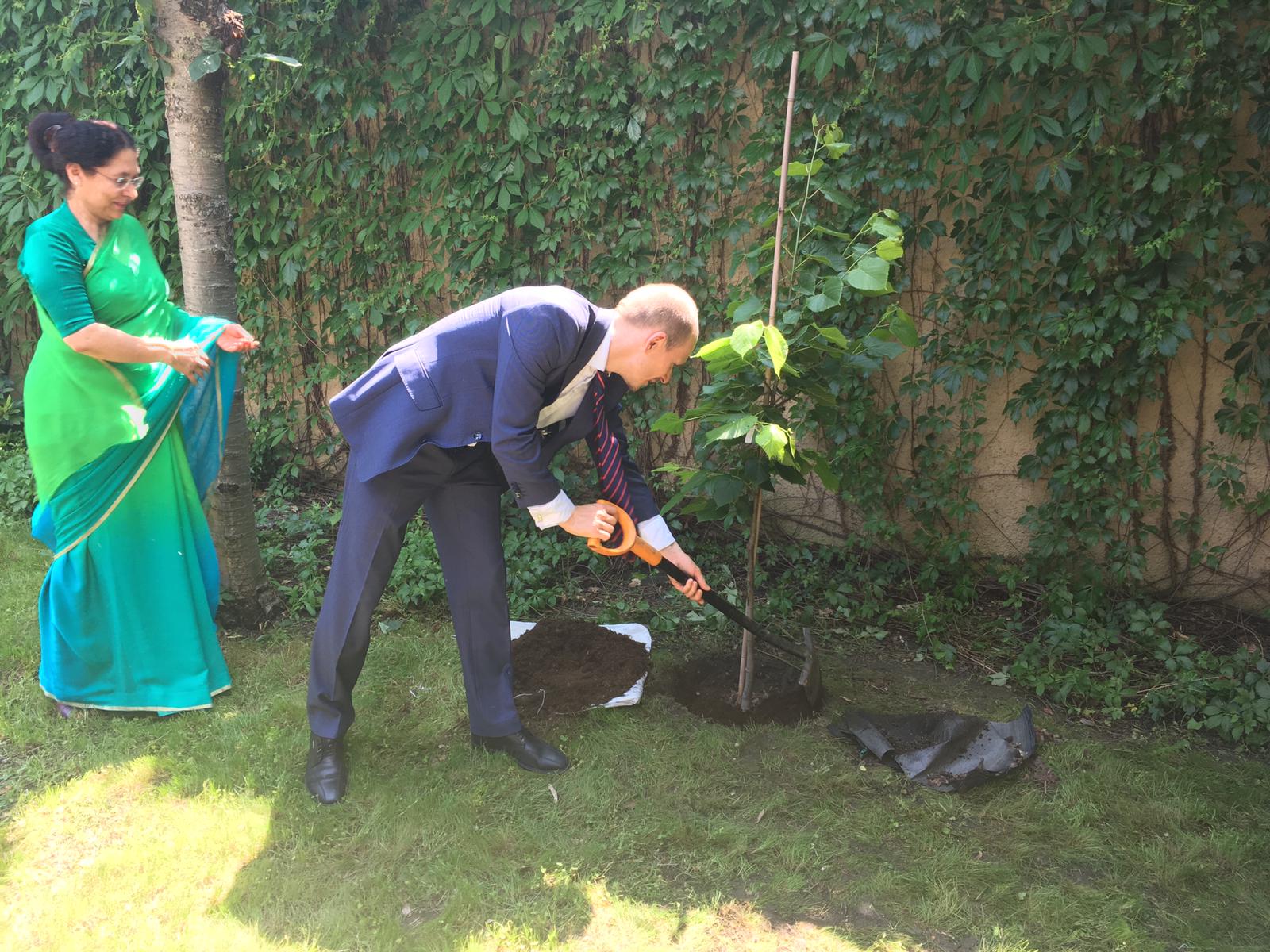 Embassy of India in Prague in cooperation with the Ministry of the Environment and the Government of the Czech Republic, observed the World Environment Day on 5 June, 2019, dedicated to 150th Birth Anniversary of Mahatma Gandhi.

Mahatma Gandhi was not only political leader, but his teaching, philosophy and attitude to nature have contributed also to modern environmentalism. In view of this, the World Environment Day (WED) was an ideal opportunity for celebration of the 150th Birth Anniversary of Mahatma Gandhi in India and all over the world and thus help spread Mahatma’s philosophy of non-violence and respect for nature.

As tribute to Mahatma Gandhi and nature, 150 trees will be planted, which will be gifted by the Ministry of the Environment of the Czech Republic. The first symbolic tree was planted on 5 June in the garden of the Embassy of India in Prague. On this occasion, the Deputy Minister in the Czech Ministry of Environment gave a presentation of the places, where remaining 149 trees will be planted during autumn of 2019. 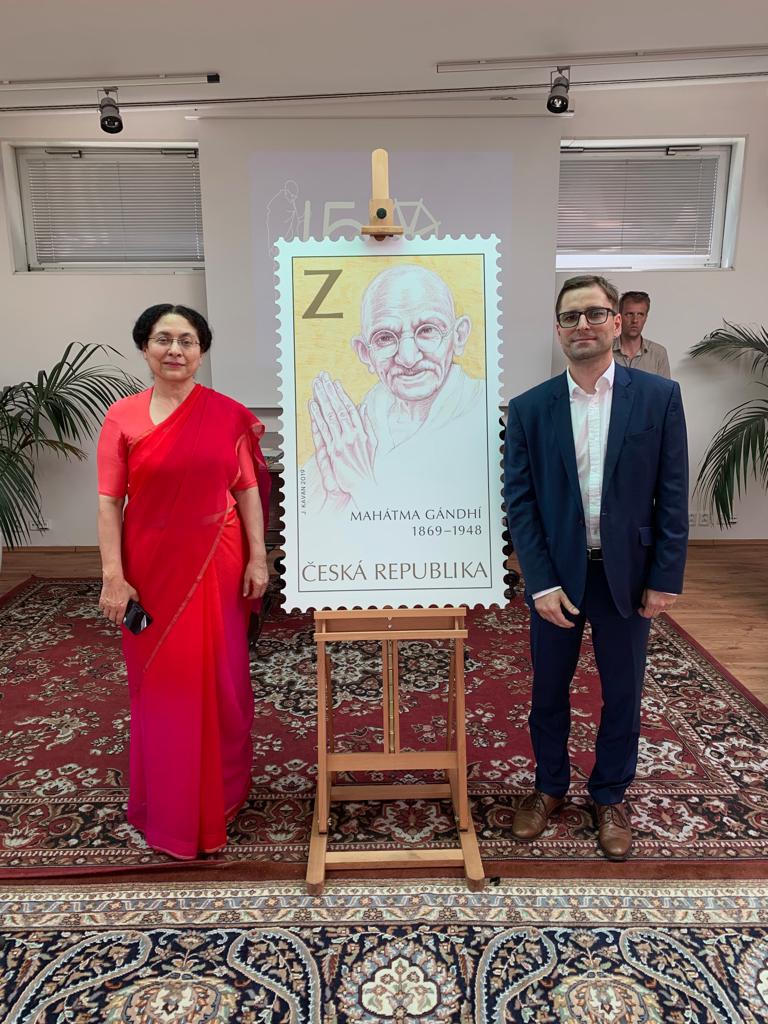 The Czech Republic is partnering with the Embassy of India in commemorating the 150th Birth Anniversary of Mahatma Gandhi, including through release of Bapu@150 commemorative stamp by Czech Post on June 26, 2019.