Drop in insect populations not part of natural cycle

More and more analysis is pointing to a dramatic drop in insect populations in Europe and across the world. A long-term study in neighbouring Germany, for example, suggests that flying insect populations dropped alarmingly by more than 75 percent over the last three decades.

Are we on the cusp of extinction of various insect species? And, if so, what can be done to curb the downward trend?

Those were questions I put to Dr. Petr Šípek a specialist at the Department of Zoology at Charles University’s Faculty of Science. 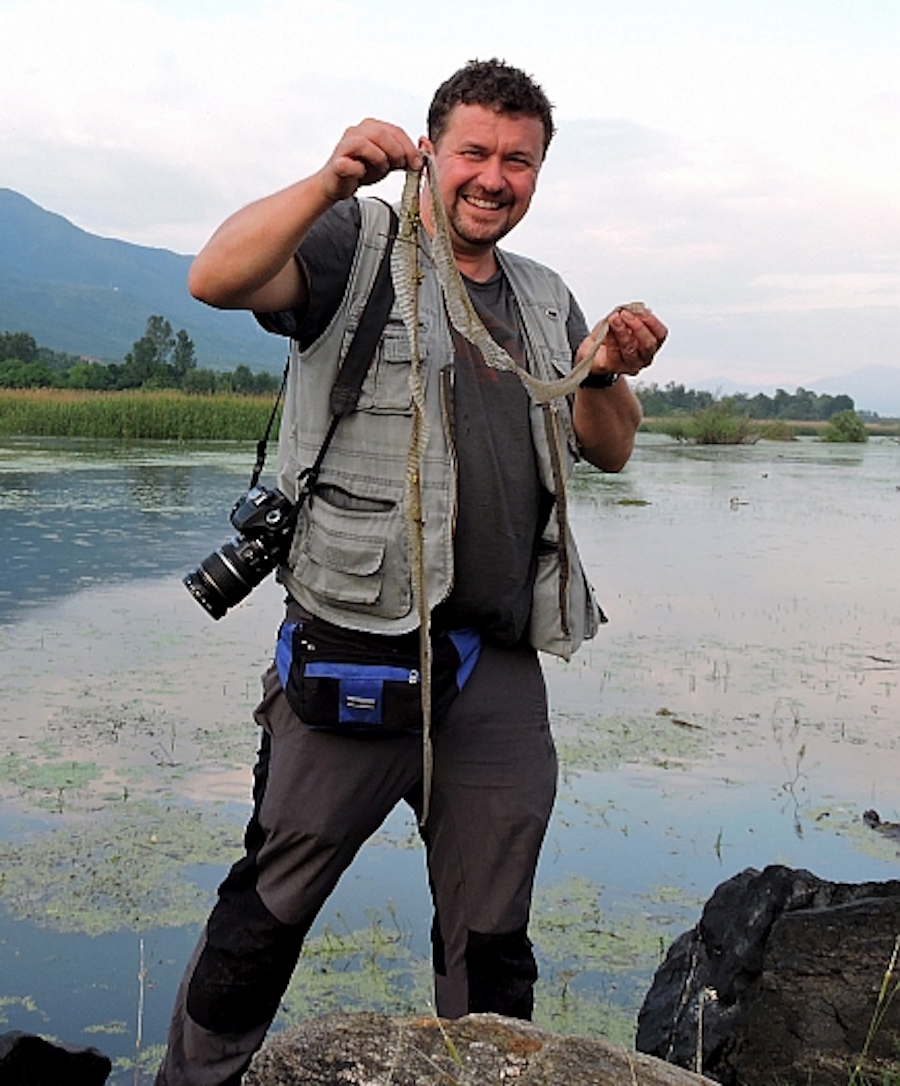 There is something like 10 quintillion insects on the planet and about one million species! Ten quintillion (10 followed by 18 zeroes)!

“Ordinarily people don’t think about insects or realize that there are so many and that they are the most diverse group of multi-cellular organisms. But we find insects in most ecosystems with the exception of marine and saltwater systems; otherwise they are present almost everywhere and usually in large numbers.”

Despite the numbers, various scientific studies around the world are seeing evidence that insect populations are largely on the decline. And the drop according to many indicators is not trivial but fairly significant to alarming, depending on who you ask.

“It is very difficult to map insect populations in general; you mentioned one million species but we estimated that another 5 – 7 million which have not been described and catalogued before now. Some of them may never be or may disappear before we have a chance, with land conversion going extinct. The task is enormous.

“For a long time entomologists had a sense that things were changing but exact numbers are hard to prove. You can count the number of butterflies on a meadow but it is very hard to estimate populations. That said, there is evidence now of big changes: there has been a huge decrease in insect populations and it is [no longer possible to ignore].

“In daily life, you can notice that there are fewer insects around than in the 1980s and 1990s: we see fewer of them flying around and you have to wipe the windshield of your car far less often than used to be the case…” 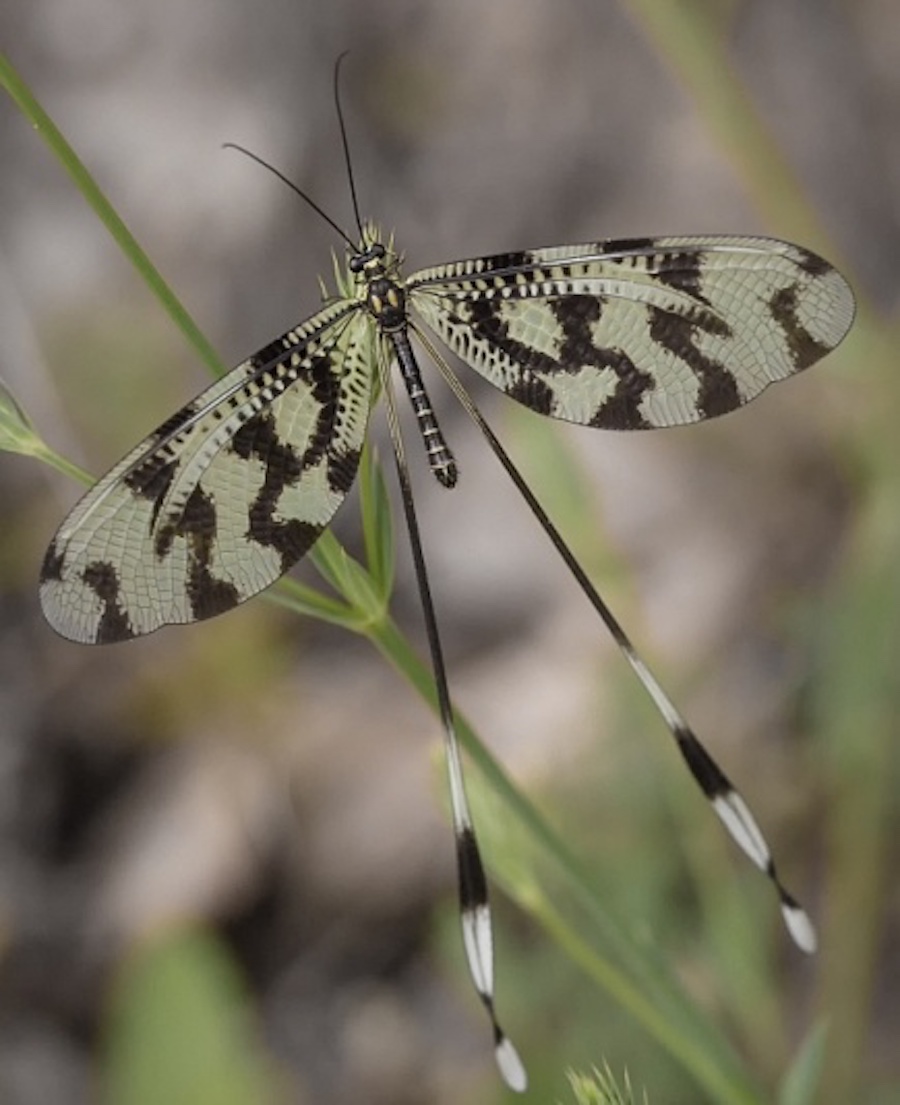 Not as many are ending up splattered against the glass!

“There are also indirect indicators of the change, specifically of populations of insect feeding birds in ecosystems. If their primary food sources drop, their own population numbers suffer. There was a huge study in the Czech Republic conducted by the Czech Society for Ornithology and scientists from Charles University such as Jiří Reif and colleagues. They discovered that since 2004 there was around a 40 percent decrease in common species among common agricultural farmland birds. And that is quite a lot.”

We will talk more about the aspects of the negative impact but before we do, I would like to ask about the study in Germany from 2017, which surveyed developments for 30 years. It measured flying insect biomass for three decades and is now referenced in report after report.

“The funny thing about that is that scientists did not set out to estimate the biomass of flying insects and that was a side-product of their work. They monitored the situation over 30 years and then realised afterwards what they had in terms of data. The samples were unsorted and nobody really knew what was there at first but after all that time they realised they could count the average biomass of flying insects caught per day and according to that they could estimate how many flying insects there were.

“What they uncovered was remarkable: that there was a decrease of 2.5 percent per year. This was a long-term trend and this was not a situation with peaks and valleys but a continuous decrease. The study took place at small scale nature reservations so I think it reflected changes to the broader surrounding countryside and the impact of that.”

What are some of factors that are likely to have contributed to the population decrease?

“The German scientists were not able to point to a single factor but said it could be the impact of several, including what is known as extinction depth, which means it could be related to changes in the landscape that took place 10 or 20 years before. That makes it trickier to make clear connections. It can be difficult to link extinction to the changes but it can reflect things that happened 20 or 30 years before.”

The visible effect was staggered…

“Yes. That is correct. And for that reason, in this study, scientists were not able to see which factors had had an influence.

“That said, progress has been made: very recently there was analysis published in Biological Conservation in which the authors (having surveyed or studied some 600 long-term studies monitoring insects but focussing most on around 80 or 90 of those) outlined four major causes. The first is the intensification of agriculture and the conversion of land for agricultural use; the second was pollution (either from everyday pollution or from agricultural pollution in the form of pesticides and fertilisers), the third was biological reasons (such as the impact of new incoming invasive species), and the fourth was climate change.

“Members of the public often think climate change is a greater culprit, and it can be, but there are cases where it paradoxically help some species to survive. At least in Central Europe. Warmer conditions have seen some insects rebound or return after being driven off by land conversion. Some are finding an acceptable habitat again. The same is not true for mountainous areas. Animals there are losing their habitats because vegetation is shifting: insects that have been hard hit include bumblebees. Climate change is also having an impact in tropical areas but that is still not yet fully understood.” 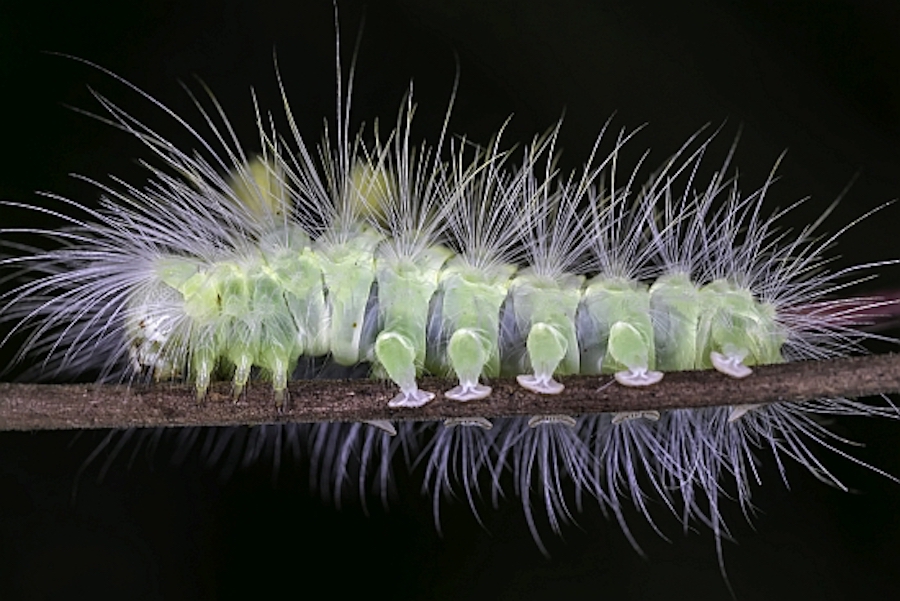 Extinction, we should perhaps also point out, is also part of the natural cycle, isn’t it?

“That is certainly true but that is not the case here: this is not about natural extinction. Rates are falling too fast. Common species are vanishing and this is not really a natural process. Species can of course go extinct but usually this is a very slow process. and what we see there is an evolution from the old species Sso we cannot say that what is happening is due to natural extinction. In fact, it is the opposite.”

You mentioned the fewer bugs splattered on the windshield: many people on their picnic or holiday probably don’t mind if there are fewer wasps or certain bugs but that doesn’t do justice to the seriousness of the situation. The role insects play in the food chain that can have a much broader effect…

“Insects may seem marginal in our eyes but you have to take into consideration the enormous role they play. Their role in the evolution of flowers and flowering plants, blossoms, was a joint work. It is estimated that 80 percent of plant species are pollinated by insects so their role is massively important: if you lose the pollinators then clearly there will be an impact on the ecosystem.

“Then you have insects that prey on other species so if you lose the natural threat, pests can multiply unchecked. It is about maintaining a balance: if you lose predators new pests arrive easily and usually they are among the most adaptable.

“The degradation of organic matter is another area where insects play a crucial role: with my group of students we did tests in the field where we left dead mice. In the spring, these mice are decomposed in 50 percent of case by burying beetles. If they are not, they are decomposed by flies; as each mouse, around 20 grams, can host around 70 larvae of Calliphoridae flies, which – in the next generation – will be able to produce 400 eggs each.

“If you lose the control element of the burying beetles, you risk in the summer and next season a much higher fly population. These are links that we can now uncover bit by bit. The general role played by insects is difficult to gauge, because each have their place or have a different role within their habitat.”

Will we humans feel the bite, for example, in food production, when a key insect species drops out?

“I think so. We see it already, with the problems faced by honeybee producers. This has an economic impact and we have seen large turmoil about colony collapse disorder which has affected bees in North America and also in Europe and the costs can be tabulated. You cannot have production without pollinators, you cannot grow apples in your orchards without them. So the impact is being felt. When a natural predator disappears, it has an effect and producers then have to use more chemicals against destructive insects. 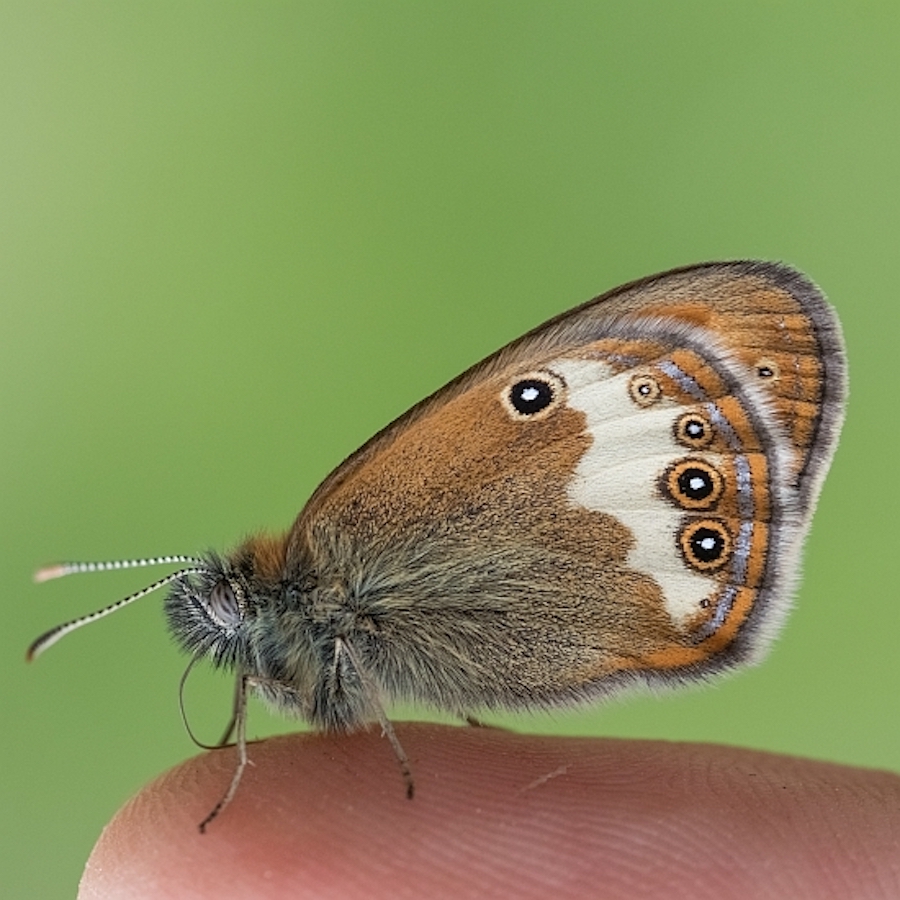 Generally-speaking, does it mean in the future that there will be less variety in species as some die out?

“There may be less variety and there will be a greater evenness of biodiversity around the world, and fewer insects that will be endemic to only some areas. But we will lose local assemblages and the local diversity. The make-up of insects from ecosystem to ecosystem will be much more alike, whether we are talking about insects here, the US, or France.”

I guess that the big “If” now is what we can actually do to change the trend. I suppose there, there is a big difference between government or internationally-funded projects which might provide solutions and between small things each of us or citizen scientists can do…

“Certainly we can start with ourselves and there are small things each of us can do to help insects. You can help create microhabitats if you have a garden or country cottage, not just insect hotels but small ponds without fish and generally looking after our countryside in ways that create diversity. Because, what you have across Europe is huge agricultural areas and areas that are neglected – land no one takes care of. And that’s bad, especially if you consider that all of the landscape and forestland and meadows have been careful created and tended to for centuries.

“So the management of deserted areas can help insects too. We recreated nature around us and if we just abandon parts now that is a prime setting for invasive species. We need to tend to areas and to not let them be overrun. We have to create good conditions. Grass can be cut in a way that helps insects and promotes biodiversity and heterogeneity.

“Then, agricultural firms, forestry companies and aquaculture, need to realise they have a responsibility too: they too are landscape engineers. They carry responsibility not only for food production but also for an impact on how landscape functions. They need to accept that and help look for solutions.

“Each of us can also exert pressure that we want the problem to be taken seriously. A lot of things are going on now, people are signing petitions and various organisations are focussing on the environment. We need to find a balance between economic and ecological concerns, namely a healthy environment which can support us and other living creatures. Education of course helps and a biennial exhibition I organise has proven enormously popular among schoolchildren – who are fascinated by insects the more they learn.”