Energetically Marching in to the Wrong Side of History Croatia: When Victor tries hard to become Loser 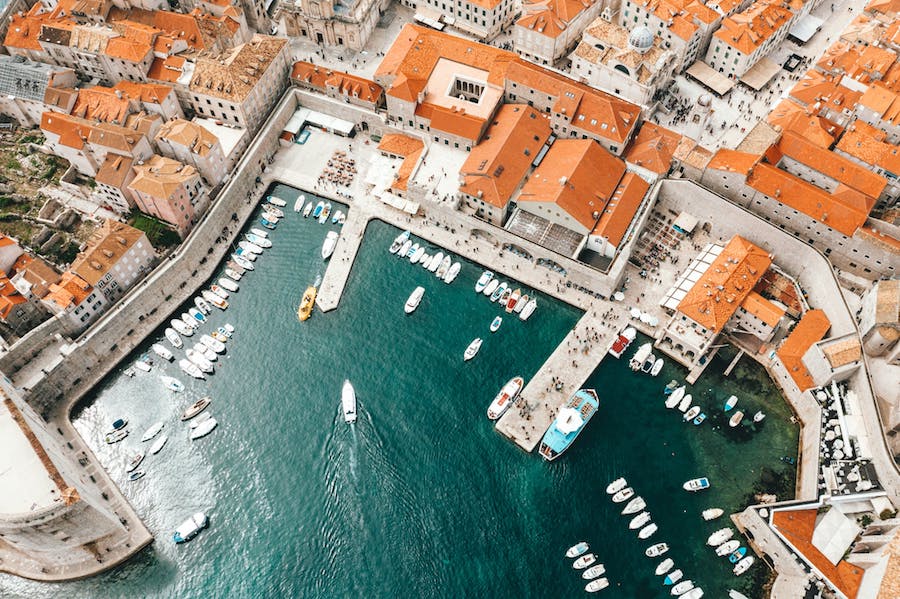 The first half of May in Croatia is marked by the anniversaries of two events from the end of the Second World War. With one democratic Croatia, which, if we believe its Constitution, is built on the foundations of anti-fascism (and opposite the so called Independent State of Croatia, established by the Ustasha movement, under the wings of Nazi Germany and fascist Italy) should be proud of, the other would be politically opportune not to mention at all, or keep within the limits of individual commemorations. We are speaking, of course, of Victory Day and the date of the surrender of the remnants of the Ustasha and Home Guard forces, united in the Croatian Defense Forces, on the Bleiburg field, ie the liquidation of still uncertain number od those made prisoners there.

The opposite is happening, however. Instead of being proud of the V Day, the official Croatian tries to push it into oblivion, and because it does (still) cannot, makes only certain protocol gestures. And the fact that during WW2 a Croatia existed which was on the side of Nazi-fascism existed and kept fighting to the last day, and even after that, that there was a Croatia which systematically committed war crimes against Serbs, Jews, Roma and Croats – political opponents, thus tarnishing the Croatian name, is persistently being pushed in the foreground. With a barely concealed positive context.

This is obvious not only from this year, but exactly in this, 2021. it becomes, perhaps, most clear than ever. And this presents the Republic of Croatia as a state that is dangerously turning into the waters of neo-fascism, that is, Ustashaism. Of high representatives of state, Victory Day was personally marked only by the head of State, who laid flowers at the tomb of national heroes, ie. Partisan fighters (representatives of high positioned politicians are not worth mentioning, they were really there just to satisfy form). And yes, one, the only (!) Academy was organized to mark that day by the Alliance of Anti-Fascist fighters and Anti-Fascists (and not the State!). It commemorated the Victory Day, the (almost forgotten) Day of the Liberation of Zagreb, and Europe Day, which is marked on May 9th in order to convey in this way the message that post-war Europe, and that should mean today’s Europe too, is built on the foundations of the anti-fascist struggle and on the values of anti-fascism. The current President was not present at that academy. There were two former presidents of the Republic and again – several representatives. The information about this celebration somehow found its way into the media, but that was all.

Public television marked this significant day by broadcasting one American and one Russian-Ukrainian film with a theme from the time of the Second World War. And with an unspoken message: that war in Croatia did not rage, and if by some chance it did – there are no films about it (what about some of world-famous movies showing the antifascist struggle in Yugoslavia, such as Neretva or Walter defends Sarajevo?)

The other event, the surrender at Bleiburg and everything that happened after that, has been talked about for days. The state (Parliament) and the Church are maximally engaged in the organization of the commemoration of something that is as cynically as hypocritically called the Memorial Day for “Croatian victims in the fight for freedom and independence”. Mass celebrations and gatherings will be held in three (!) places in Croatia, and buses (even from Germany) are being organized to bring “pilgrims” to them. And what about pandemic? Everything will be, they say, in line with epidemiological measures and restrictions. They say so and they knowingly and recklessly lie, believing that the public is so stupid, or resigned, that something like this can be served to them with impunity, even on the eve of important local elections.

Since 1990, when the surrender at Bleiburg was publicly marked for the first time in Croatia (and when on that occasion the re-named Croatian Radio “shone” with a report, featuring Dinko Šakić, former commander of Jasenovac, one of about 60 concentration camps in the Ustasha state, who categorically stated that – if he lived again – he would do everything the way he did, this commemoration turned not into commemoration of those executed without trials after the surrender, but into regret over the defeat of the Ustasha para-state which, in accordance with Tudjman’s statement at the First HDZ congress, held in Yugoslav times, was “the realization of the centuries-old aspirations of the Croatian people too ”.

Austria has for years tolerated gathering on Bleiburg field, speeches that were often politically colored, highlighting of the Ustasha symbols and flags (the first white field in the Croatian coat of arms), but then – largely under pressure from Europe – denied its hospitality to the, as it was called by a reputable European medium, the largest gathering of radical right-wingers and neo-fascists on the Old Continent. Official Croatia, but also the “Church of the Croats” could not come to terms with that, so last year the “Bleiburg Mass” was held in Sarajevo (probably to remind how Sarajevo was part of the Ustasha state), while this year gatherings organized are being organized, it is worth repeating, on three locations in Croatia, the largest one in Udbina.

What message does such treatment of Victory Day and the date of capitulation of Ustasha and Home guard forces (along with other collaborators from Yugoslavia) sends to Europe and to the whole world?

Just one thing: as far as Victory Day is concerned, we’re not sure whether it should be and how celebrated, because in the meantime we succeeded in transforming the winners into criminals and murderers, and their Supreme Commander as “one of the 10 mega murderer of the 20th century” , and are open to considering the Day of Liberation of the Croatian Metropolis as the day of the beginning of its occupation (this, under the mask of the freedom of public speech can be calmly stated today – as an explanation why the street of May 8th 1945. was abolished . On the other hand, we are very engaged in commemorating those forces and their members who, ignoring the unconditional capitulation of the Third Reich signed on May 8th in Reims and on May 9th in Berlin, continued fighting until mid-May, trying to escape Tito’s partisans, knowing that among the partisans there is hardly anyone who has not directly or indirectly felt the Ustasha terror. Official Croatia and the Catholic church are commemorating and mourning their defeat, because they were – as it is written in a stone memorial at Bleiburg field “the Croatian army.” Were they really? And what were the Croatian partisans?

There is not a single country in the world that would organize commemorations for war criminals executed without trial or sentenced to death (and that there were such people in the Bleiburg field is an indisputable fact). Croatia is an exception – for now. And we have listed these two categories of post-war victims (if that is an appropriate term) because retaliation was not a specific feature of Yugoslavia. It took place, on a larger or smaller scale, for several weeks or several months in all the European countries occupied until then. In France, unofficial estimates list about 100,000 liquidated collaborators, while the leader of the Free France, who would later become the president of the Fifth Republic, General Charles de Gaulle, officially admitted 10,000, with the laconic remark : “Given what they were doing at the time of the occupation, France can live with this”.

Croatia may soon find itself in the company of several other countries, former Soviet satellites, which are well immersed in historical-revisionist waters, which allow marches of former members of SS units and which – like Ukraine – proclaims notorious collaborators (Stepan Bandera) as national heroes. But, will it mean that Croatia is on the right way by (almost) ignoring V-day and by glorifying and mourning the members of the collaborationist forces? Not at all! This will be just be another worrying indicator of the divisions within the European Union and of the abandoning, by some of its “young” members the ideas and ideals that guided those who conceived the project of a united Europe. That accepting the idea of the possibility of a new war (and the EU should have prevented it for all time) is not just a theoretical possibility, is best seen from the wholehearted adherence of part of the EU to the American policy of confrontation with the Russian Federation (even armed, military drills lasting for several months in Europe just now, demonstrate this).

And, finally, let’s go back to the name of the Memorial Day in mid-May, mentioned earlier. It is the Memorial Day for the Croatian victims in the fight for freedom and independence. What does that mean? That only Ustashas (Croatian fascists) and Home guards were fighters for Croatian freedom and independence? Given the date, such a conclusion seems only possible. But, if that is the case, then all those Croats (not to mention Serbs from Croatia) who fought in the ranks of the People’s Liberation Army were the enemies of Croatian freedom and independence. But, if somehow, we “remembered” what is written in the Constitution, if today’s Croatia, democratic and independent Croatia, “generously” added Partisans to Ustashe and Home Guard, this would mean the completion and realization of morbid ideas of the first Croatian president Franjo Tudjman who wanted to bury the remains of the victims of fascism and anti-fascist fighters together with those who killed them in the area of the former Ustasha concentration camp Jasenovac. Tudjman then, under pressure from abroad (even from the USA), had to give up copying something that was realized in Spain during his long-term dictatorship by the openly pro-fascist generalissimos Francisco Franco (who in the meantime was “removed” from that memorial complex by democratic Spanish authorities). .

His successors went a step further. While Tudjman never attacked the People’s Liberation Struggle (he participated in it), nor did he utter an ugly word about Marshal Tito, they “bravely” abolished Marshal Tito Square in Zagreb (and none of the candidates for Zagreb mayor dares to say that he would return the square with that name), they tolerate and even encourage the harshest revision of history (as if learning from Serbian right-wingers, but also the current authorities who marked Victory Day with an academy with pictures of Chetnik leader Draža Mihailović and partisan leader Josip Broz Tito, claiming the resistance to fascism only for the Serbian people), they are (almost) ignoring Victory Day and glorifying the sacrifice of those who had been on the side of Nazi-Fascism throughout World War II.

Does today’s Croatia (not only the official) really has a dilemma: either to celebrate the V-day, or to mourn the surrender of quisling forces near Bleiberg, their defeat? Judging by what we are witnessing – no! And his is devastating not only for Croatia, but also for the European Union of which Croatia is a member. 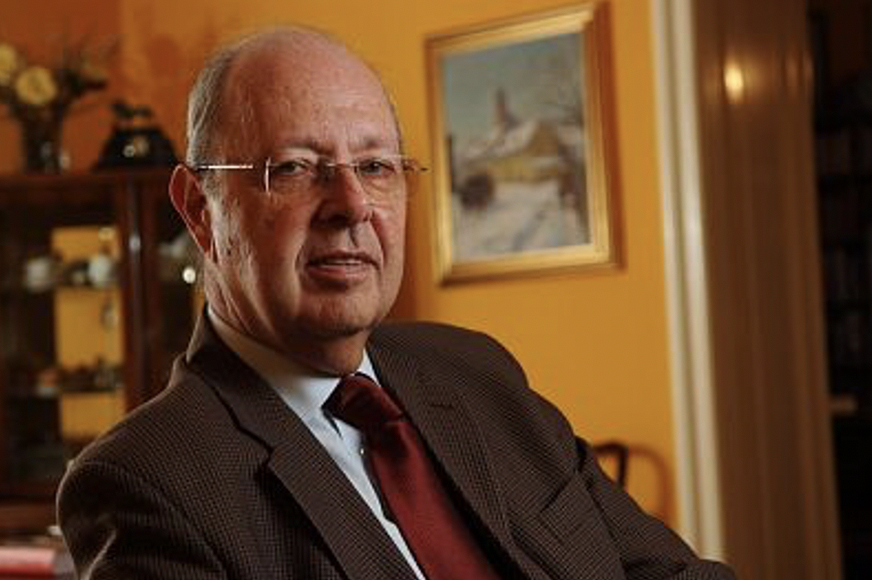 (Author is one of the most influential Yugoslav and Croatian journalists, who is covering the international relations for over 50 years and who served as Foreign policy Advisor to Croatian President Stjepan Mesic (2000. – 2010.)