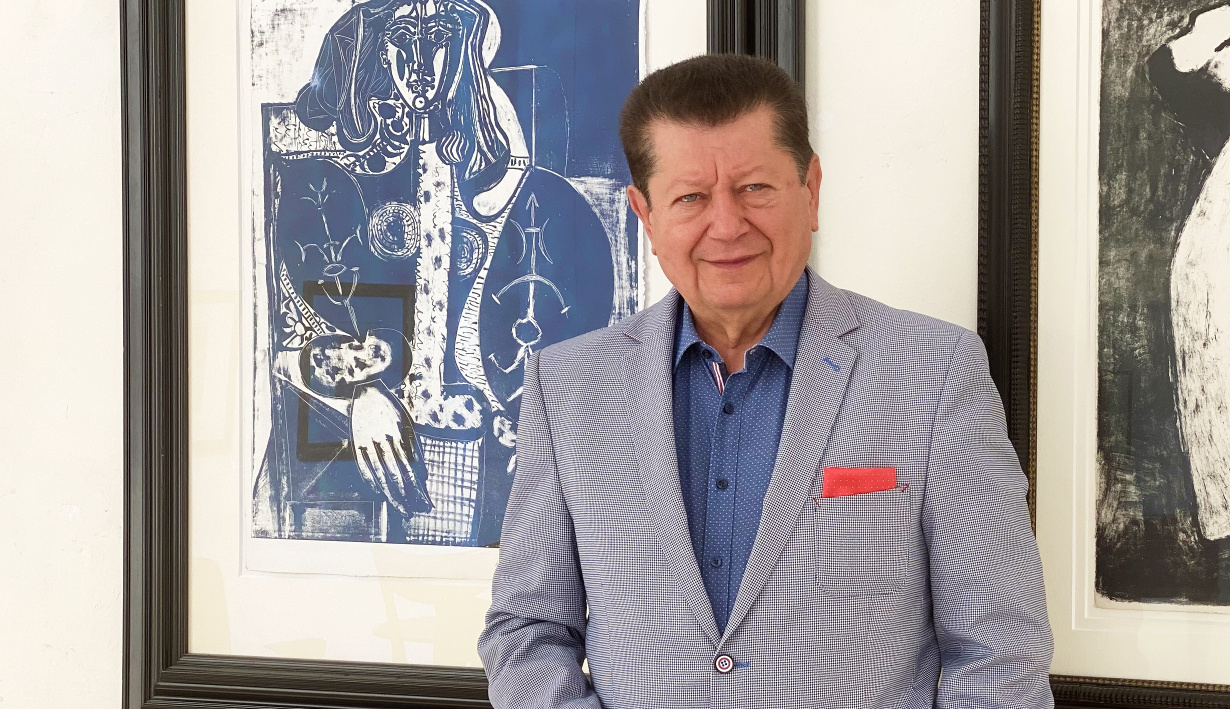 The MIRO Gallery Moves on, but the Picasso Remains in the Strahov Monastery. What Is the Story of Its Owner?

The MIRO Gallery in Prague is moving after twenty-eight years. You will no longer find it in the Church of St. Roch in the area of the Strahov Monastery, but literally a house away. Its owner Miro Smolák agreed with the abbot of the Royal Canonry of the Premonstratensians to move the gallery to a picturesque house built in 1667, which stands next to the church – the house, where director Otto Haas and actor Miroslav Macháček lived.

Later, the house belonged to the widow of Rudolf Slánský Jr. Karel Gott also used to go there to paint his paintings. What an incredible imprint of history!

The moving goes well, no drama is happening: Miro Smolák comments with a smile that although he is leaving after almost three decades and feeling nostalgic, his employee is looking forward to finally being warm. You know how it is in churches with heating…

“We have a lease agreement until 2032. Two years ago, however, the management of the monastery came to see me and in a friendly conversation they indicated that they were considering a reorganisation. They wanted to set up an information centre in the church for the entire Strahov Monastery and offered to sell tickets to the MIRO Gallery there. You can’t refuse such an offer”, explains Miro Smolák.

He started his business in 1987 and when he saw the question mark in my eyes, he nodded that it really was during the socialist era – and on top of that, in East Germany, where he fathered two sons and got married while studying at Humboldt University of Berlin and later at FAMU in Prague.

He claimed that fate led him to business. “I can’t do anything else. Andrej, the younger brother, is an academic painter, his mother was a midwife, who wrote folk poems, and his father was a truck driver, who could play almost any musical instrument,” Smolák recalls. 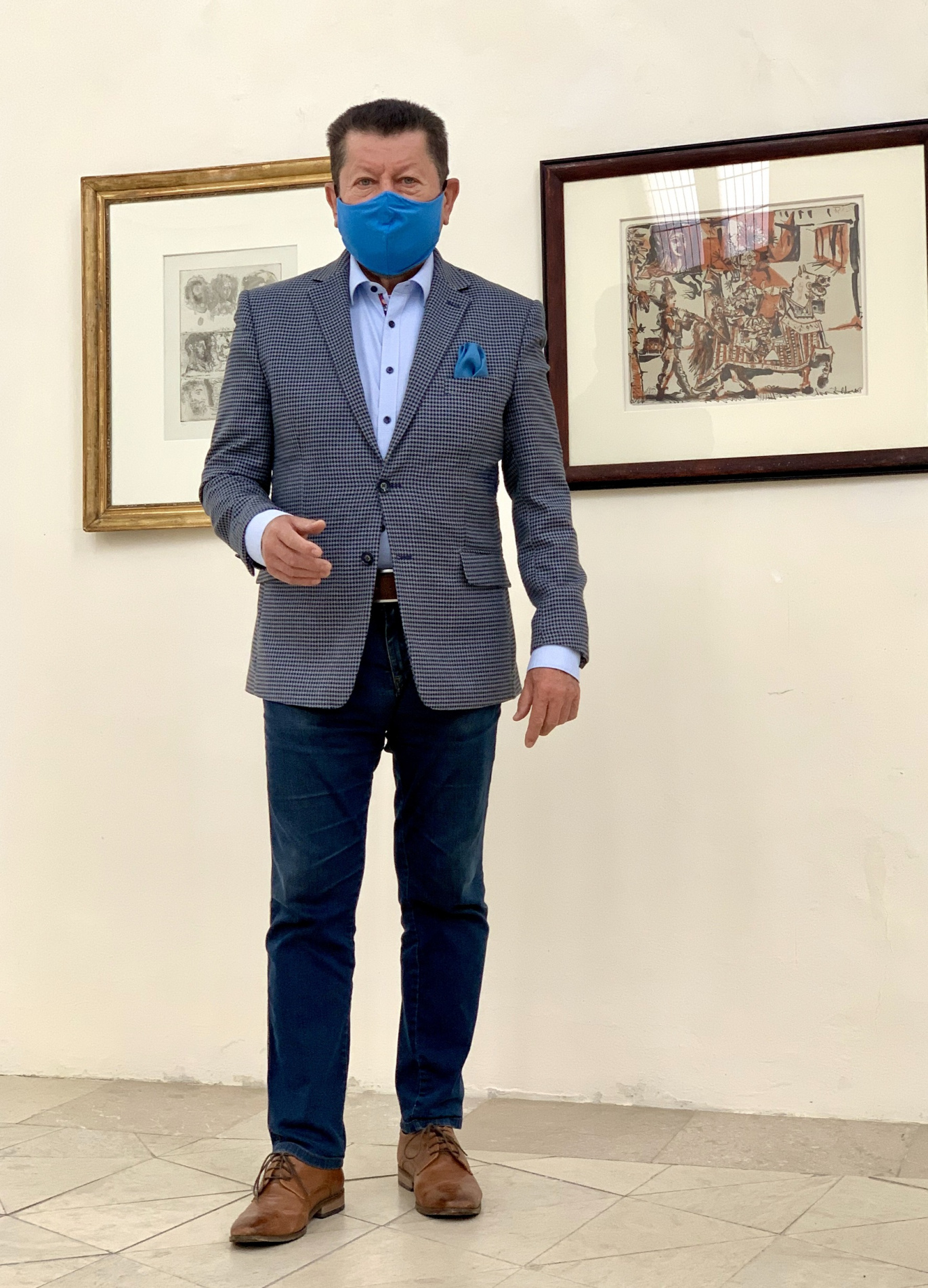 When he went to his first documentary film festival in Oberhausen, West Germany, he took his brother’s watercolours with him. He then began organising exhibitions of Czechoslovak artists in Switzerland and former West Germany.

“At that time, it was not forbidden to export paintings, only it had to be in accordance with regulations and with the consent of the organisation, which had the poetic name Art Centrum Praha. And you didn’t even have to be a party member,” Smolák says smiling.

“When I crossed the Swiss border with thirty paintings in a suitcase, I had a pro-forma invoice with the prices of the paintings with me. When I sold the two paintings and returned home, I had to pay VAT on them in Switzerland. Art Centrum Praha took 15 percent of the sale and I shared the rest with the artist. That was all,” he describes laconically.

Then the revolution came and his business took on a new dimension. Twenty- eight years ago, he founded a limited partnership in Prague, which still operates the MIRO Gallery. In 2000, it was joined by Trebbia Foundation, which annually awards a prize to artists and patrons of the arts from many countries around the world.

The owner of the gallery recalls with a smile the time when in 1995 he drove thirty Picasso lithographs from Berlin to Prague in a car across Cínovec for an exhibition. When he told the customs officer about it, they did not believe it at first, then one turned to his colleague and called out: “Honza, come and see, Mr Smolák is carrying thirty Picassos!”

The Smolák’s gallery, which has worked closely with the Michael Haas Gallery Berlin/Zurich for many years, specialised mostly in the world classical modern art. It offers works not only by Picasso, Chagall, Braque and other world classics, but also contemporary top Czech and foreign art.

Right now, he is organising a big sale of the works he owns and is carrying out an inventory check of less than thirteen hundred exhibits. “I have not seen some works for thirty years. It was stored in three warehouses, one of which was in Berlin,” states Smolák.

The reason for the extensive inventory check is not only to raise money, but fit into a new, smaller gallery and reduce depositories. Smolák is therefore sending out a catalogue to hundreds of Czech wealthy entrepreneurs and waiting for who will be interested.

He says the waiting is worthwhile: he had sent catalogues to one of the wealthy entrepreneurs on the list for four years and nothing. After four years, the entrepreneur responded by himself. Another one had been sent catalogues without a response for even seven years, but then he bought almost twenty works at one time and invested in dozens of other graphics, paintings and sculptures during the mortgage crisis.

However, Miro Smolák is glad that even people who are not dizzyingly rich also buy his works. He says that a new generation of clients who were born when his gallery in Prague was established is coming. He believes this proves that we are a cultural nation.

As an example, a teacher from Moravia did not hesitate to get on a train and come to the exhibition to buy a graphic by Míla Fürstová, who became famous in the world for her wings for Coldplay. Or a couple from Kutná Hora, whom Smolák surprised with his business strategy. 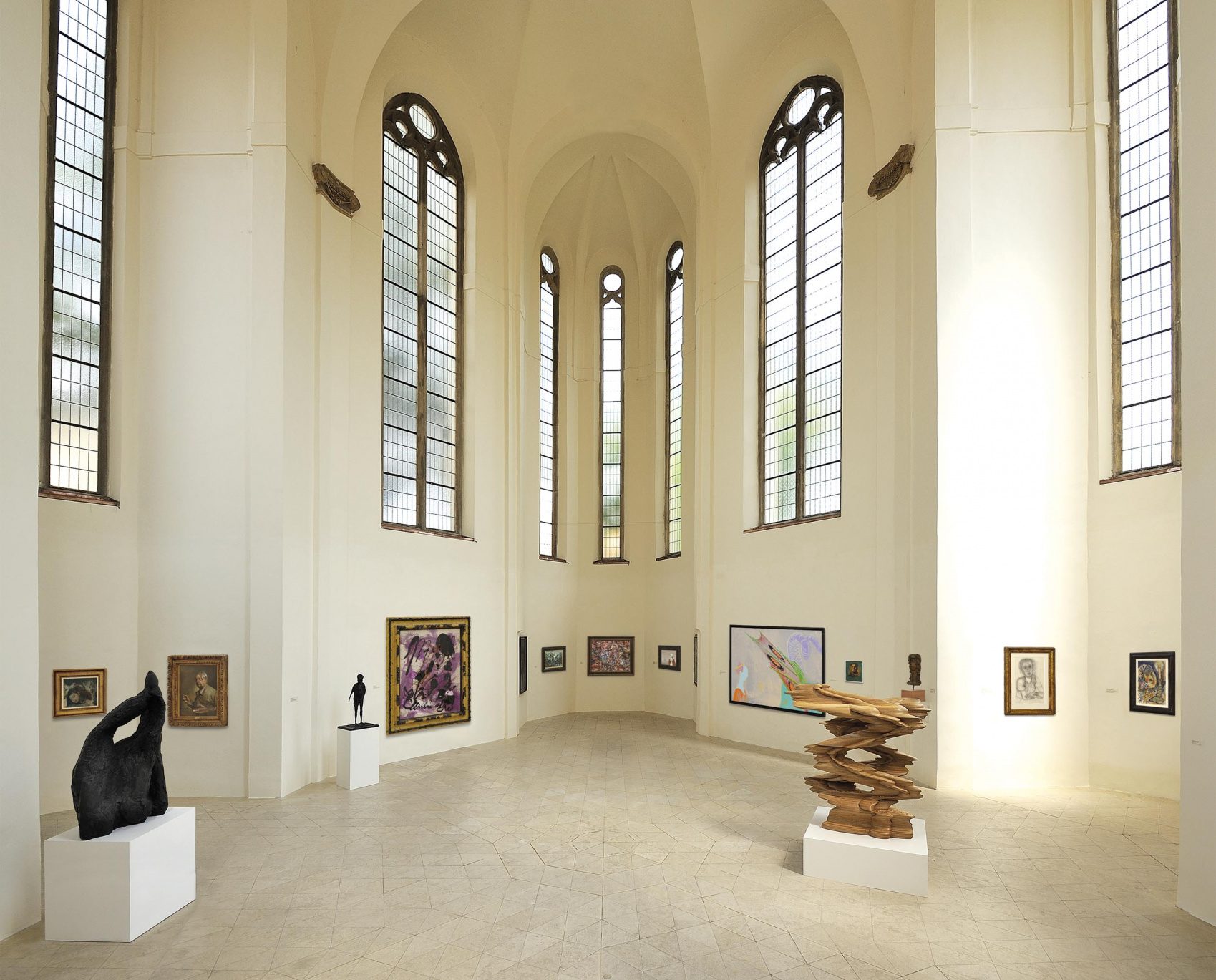 They looked at the catalogue of art prints, but when they saw the price of one graphic, they hesitated. The owner of the gallery offered them to set a price for themselves, so they would enjoy the work. In the end, they agreed and the family took home four art prints.

It plays into Smolák’s hands that these days people think about how to save money safely. This was also the case during the aforementioned crisis, which started in 2008. “Everyone complained about it and my art was very successful,” praises the crisis the man, who will soon be seventy, but enjoys selling paintings just as he did forty years ago.