Iran 2020: The assassination of Iranian General – the “Napoleon” of Iranian revolution 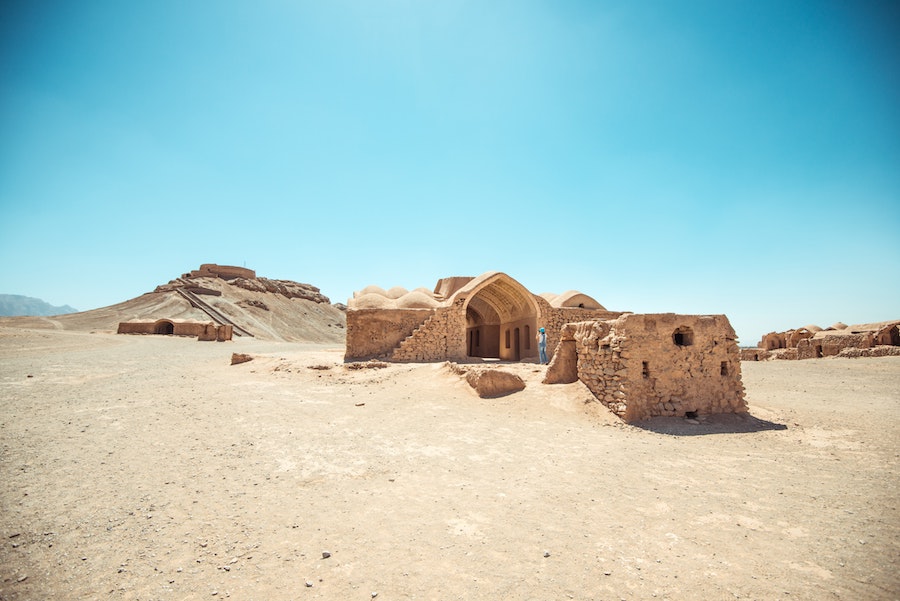 The International Institute for Middle-East and Balkan Studies (IFIMES) in Ljubljana, Slovenia, regularly analyses events in the Middle East and the Balkans. Following the assassination of Iranian Major General Qassem Soleimani, IFIMES has analysed its consequences and the current events in Iran.The most interesting sections from the comprehensive analysis entitled “Iran 2020: The assassination of Iranian General – the ‘Napoleon’ of Iranian revolution” are published below.

Qassem Soleimani was not the highest-ranking general of Iranian armed forces, but he was the best known military leader who was killed by the Americans. In this complex operation the Americans acted more confidently and bravely than ever. Although the Iranian regime killed hundreds of Americans during the last forty years, this was the first time Washington performed a direct retaliation – previously it had targeted pro-Iranian militias such as the Lebanon Hezbollah.

The Americans have proven they have a list of Iran’s strategic targets they may hit if Iran attempted to challenge them. It is therefore unlikely Iranians would directly attack American targets in the region. Instead they may carry out solitary actions against Saudi Arabia or European allies, such as terrorist attacks on airplanes, ships, embassies, facilities or individual assassinations. Iran has got allied militias in Afghanistan, Syria, Iraq and Lebanon and its agents all around the world. Within less than ten days Iran received three painfully humiliating attacks as retaliation for the killing of one US member during a rocket attack on the military basis K1 in Kirkuk in north of Iraq on 27 December 2019. The US responded by launching airstrikes on five pro-Iranian militia targets in Syria and Iraq, killing 25 militiamen in Iraqi town of Al-Qaim bordering Syria. When pro-Iranian militias took revenge on American embassy located in the most heavily guarded Green Zone in Baghdad in open defiance of Iraqi government and the US, Iraqi paramilitary militias had a plan to seize the embassy, modelled on the 1979 seizure of the US Embassy in Tehran when 52 diplomats were held hostage for 444 days. This time US President Donald Trump decided to carry out a very sensitive and dangerous operation to kill General Soleimani as the main organiser of that operation, along with Abu Mahdi Al-Muhandis, Deputy Chief of Popular Mobilization Forces (PMF) Committee, a pro-Iranian Shia militia in Iraq.

General Soleimani was the invention of Iranian regime, who wanted to become the symbol of their influence (Baghdad, Damascus, Beirut, Sanaa). His assassination has turned him into the symbol of defeat of the idea to export the Islamic Revolution in the Middle East. Soleimani became publicly known after years of secret operations, first in south Lebanon where he took part in founding the Lebanese Hezbollah in 1982. He then started to actively participate in the formation of Iraqi governments in 2006, 2010, 2014 and 2018. With the emergence of ISIL and its spreading throughout a third of Iraqi and a half of Syrian territories, Soleimani started to appear in those war zones during the international fight against ISIL. The media broadcast his visits to the first front lines and his triumphant striding along the devastated streets of Alep and Mosul. His photos were published on social networks. His pictures put on banners along the streets in Iraq and Syria turned him into a star like in Hollywood films.

The “Napoleon“of Iranian revolution saw a different destiny from that planned by Iranian religious hierarchy. The ideologists of spreading Iranian influence beyond Iran’s borders turned General Qassem Soleimani into Napoleon Bonaparte of the Middle East. He became the leader of Quds Forces, the elite military formation of Islamic Revolutionary Guard Corps for special and overseas operations. The mission of Quds Forces (Jerusalem) was to liberate Jerusalem from Israel. General Soleimani insisted on his image as a “soldier“ serving the Islamic Revolution and not as a politician in a suit. The distance from the spotlight and cameras transformed him into a myth that interlaces the reality and fantasies about the great Shia-Iranian empire.

Soleimani led the empire of paramilitary militias in the region and personally oversaw fighting operations, be it in Syria or Iraq. He was the frontman of Iranian Hezbollah since the late 1990s. He was the proxy of the theocratic leader of Islamic Revolution Ayatollah Ali Khamenei, as well as the first man in Iran’s Revolutionary Guard and an excellent manager of their foreign operations.

Even before his death, pro-Iranian militiamen in the Arab region regarded Soleimani as the third of the three great leaders, following Ayatollah Ruhollah Khomeini and Ayatollah Ali Khamenei, who declared him a living martyr during his appointment as Quds Forces commander in 1998.

During the French Revolution Napoleon Bonaparte turned against the Republic and became Emperor Napoleon I. In the Russian Revolution the Red Army got rid of its great generals to prevent a leader with Napoleon’s traits overthrowing the hegemony of the Bolshevik party. Thus, in 1927 they removed Lev Trosky, the founder of the Red Army. A similar case was the liquidation of Marshal Mikhail Tukhachevsky in 1937. The most prominent military commander deserved for the victory over Nazi Germany, Marshal Georgy Zhukov, was removed from the centres of military and political decision-making after the war.

The Chinese Revolution also had its own “Napoleon“– it was Marshal Lin Biao, whose ambition was to succeed Mao Zedong in the early years of the Cultural Revolution, so he was removed in 1971. The party then dealt with the Gang of Four led by Mao Zedong’s wife Jiang Qing, who was charged with treason and attempts to seize power after her husband’s death.

General Soleimani was the favourite in the religious hierarchy

General Soleimani, who was being prepared by the religious leaders to become the head of state, was not killed by his people as was the case in the above mentioned revolutions elsewhere in the world, but by the Americans who regarded him as the greatest threat to their interests in the Middle East.

The “Napoleon“ figure was liquidated from the outside, even before the strong Iranian religious hierarchy completed his political launch at 2022 presidential election, during a very turbulent times in the Middle East. Donald Trump’s administration amputated the napoleonistic plans of Iran’s Revolutionary Guard which had increased the control of power in Iran in terms of religious hierarchy on one hand and the state bureaucracy on the other hand.

The throne that was supposed to be taken by General Soleimani with his napoleonistic charisma which was created not only by himself but also by the Iranian regime and the Arab Shia militias, is now empty.

General Soleimani was the most dangerous Iranian the world has ever known. His militias organised and executed mass killings in Syria, while in Iraq he established militias that stroke terror in the Sunni towns occupied by ISIL.

There is little possibility that such a charismatic and mythical figure may be created again in the near future. General Soleimani was the military commander of Iranian dream of a reborn empire. That dream has died with him – at least for now.