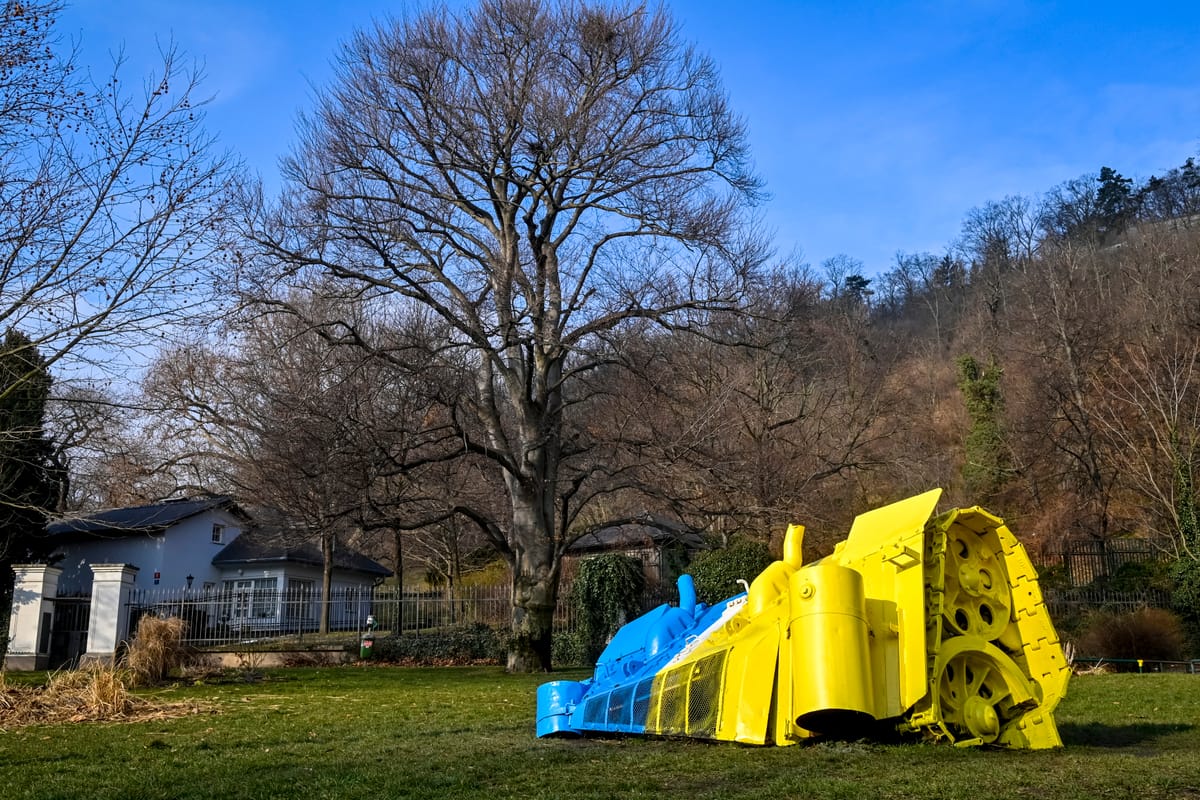 The legendary tank on Kinsky Square in Prague, which artist David Černý famously repainted pink in April 1991, has now been repainted in Ukraine’s colours.

Between 1945 and 1991, a tank stood on a plinth in Kinsky Square in Prague, as a memorial to the liberation of Prague by the Red Army. Artist David Černý repainted it pink in April 1991 and the tank was eventually moved to the Military Technical Museum in Lešany. It was temporarily placed in Kinsky Square seven years later during the Russian-Georgian conflict. The tank reappeared, this time in green, on the day of the 50th anniversary of the occupation of Czechoslovakia by Warsaw Pact troops. It is currently painted in the colours of the Ukrainian flag, as you can see in the picture.