Beer, the oldest known recipe in history, is a global obsession, but trends in consumption and cost vary a lot from country to country.

To find out just how much costs vary, Expensivity.com conducted comprehensive research to reveal the cheapest and most expensive cities around the world to buy a beer in, both from the supermarket and at the bar.

But the Expensivity.com team didn’t stop there. They also calculated beer consumption habits around the world based on WHO data, revealing which cities drink and spend the most.

Data in hand, the team visualized their findings in a series of maps. Here’s a preview: 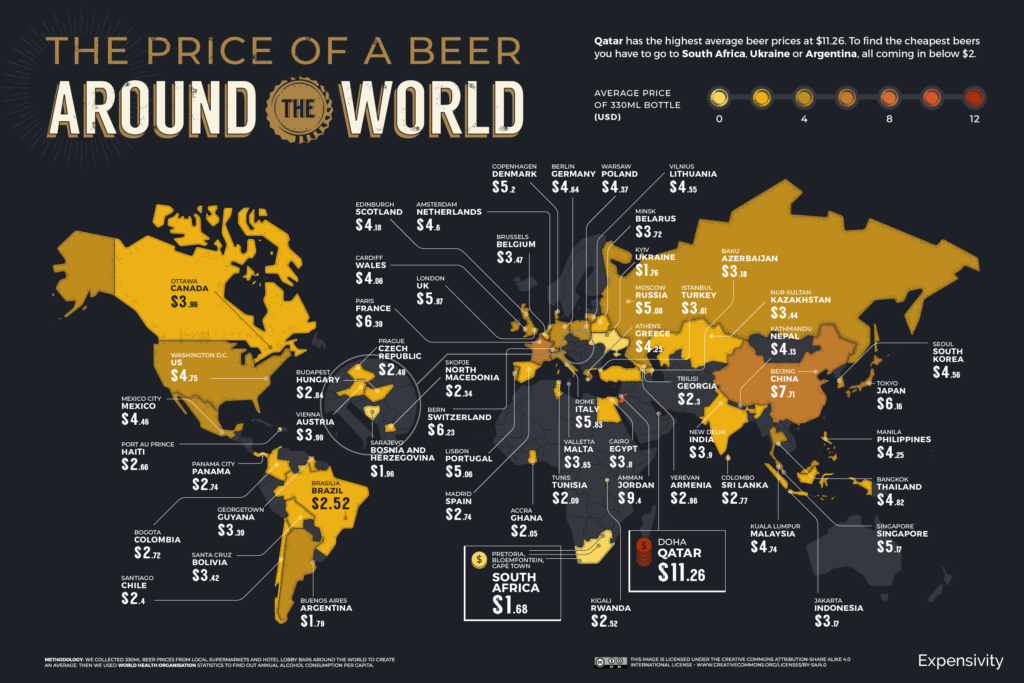 ● The cheapest beer is in South Africa, where the average price is $1.68 per bottle.

● The Czech Republic has the highest consumption rate, with 468 beers per person per year.