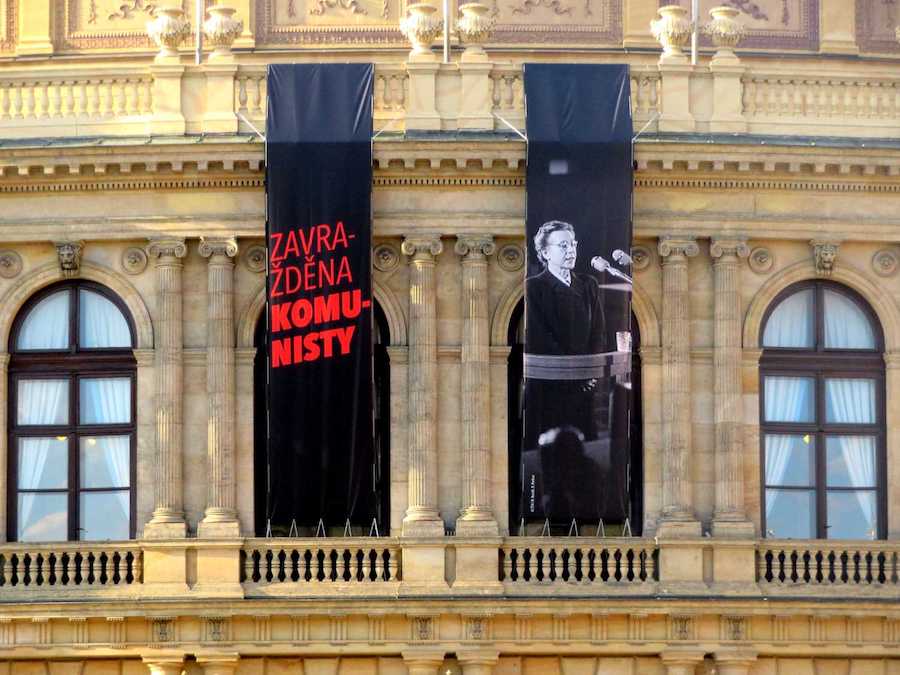 Milada Horáková took a stand against communism, and paid with her life after a show trial

Prague is planning to mark the 70th anniversary of the execution of Milada Horáková with banners, broadcasts and an outdoor exhibition.

Horáková, a lawyer and politician who opposed the single-party communist system, was convicted of conspiracy and treason in a show trial. She was executed on June 27, 1950, at 5:35 am at Prague’s Pankrác Prison. Her body was then cremated. The location of her ashes in unknown.

Her trial and execution caused an international outcry, with scientist Albert Einstein taking up the cause and sending a protest telegram to communist leader Klement Gottwald. Winston Churchill and Eleanor Roosevelt also voiced opposition.

The verdict was annulled in 1968, and she was rehabilitated after the Velvet Revolution.

The street Milady Horákové in Prague’s Letná district was named in her honor in 1990. It had been called Obránců míru, meaning defenders of the peace. She was posthumously awarded the Order of Tomáš Garrigue Masaryk (1st Class) in 1991.

A memorial with a bronze likeness of her head is now at Vyšehrad Cemetery. It is also dedicated to other victims of totalitarianism.

An audio collage of recordings from the trial will be transmitted by sirens and messages in the metro on June 26, the day before the anniversary, as part of the civic initiative called Milada 70: Murdered by Communists (Milada 70: Zavražděna komunisty). The messages will be heard at 10:35 am, 12:35 pm, and 14:35 pm.