The hidden gem in the heart of Prague: the only cubist street lamp in the world. 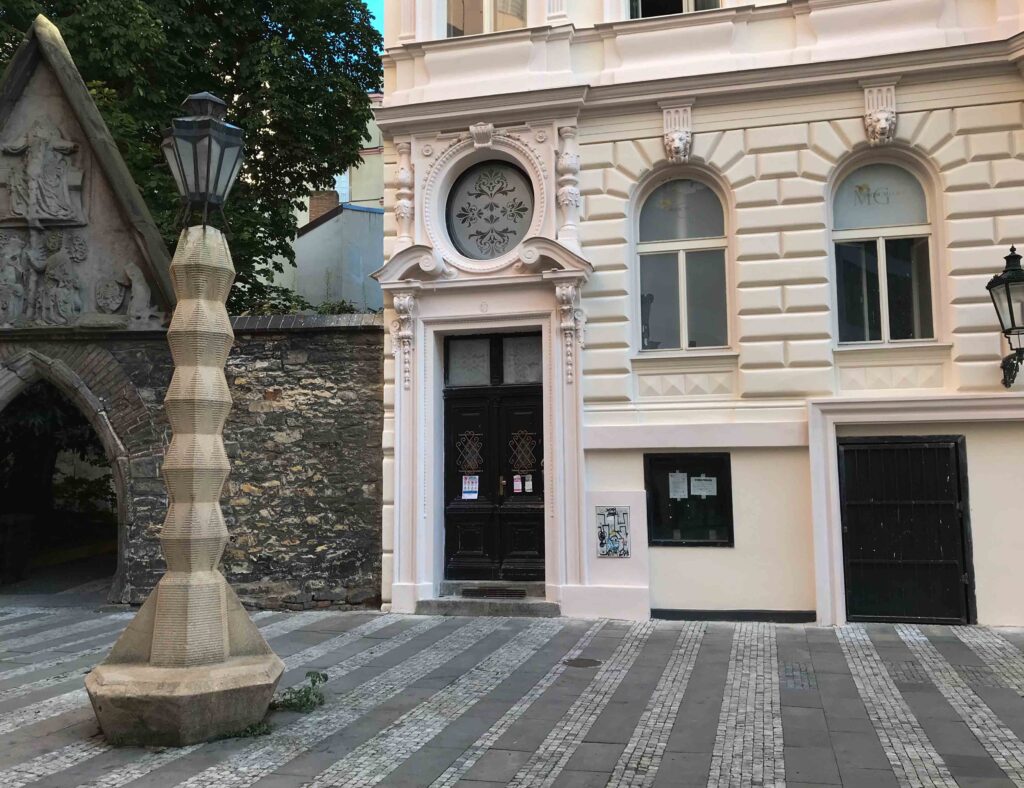 In 1912 Czech Art Nouveau and cubist architect Emil Kralíček designed the Cubist Lantern during the rebuilding of Adam’s Pharmacy, whose facade overlooks Wenceslas Square. The one of a kind street-lamp is hidden on the secluded corner of Jungmann Square. Indeed, it is hidden in the very heart of Prague, and many tourists unfairly overlook it while visiting Prague.

The architect chose his favourite style, creating a lantern column of artificial stone in the form of truncated pyramids with a geometric pattern, and the metal base was designed as a figure with cubic facets. Trying to meet investors’ demands to spruce up the area and come up with a lightening solution near the Gothic arch that leads to the garden behind the church of Our Lady of the Snows, Kralíček designed the sculpture that turned out to be completely different from traditional city lanterns made of massive cast iron.

The street-lamp became a symbol of the popular cubism movement in Prague. Czech Cubism was developed in the beginning of the 20th century. The main source of inspiration for the Czech Cubists was French Cubism, represented primarily in the works of Pablo Picasso and Georges Braque. Many young Czech artists of the early twentieth century learned the latest trends in painting and sculpture while traveling to Paris and drew inspiration for their own work from them.