The Youngest Sibling Is the Funniest, According to Science 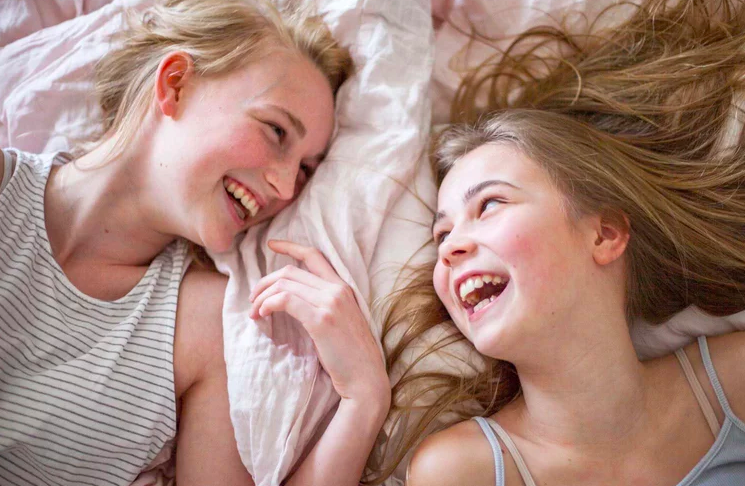 Younger siblings are the funniest members of the family, if they do say so themselves. And according to a survey from YouGov, they do. The survey asked siblings to assess their own personality traits and the majority of younger siblings consider themselves to be a real hoot. Can’t you just hear older siblings rolling their eyes right now?

The pollsters asked 1,783 British adults to rate different aspects of their personality based on birth order. The results revealed that youngest siblings are more likely to think they are funnier than their older brothers and sisters, with 46% believing they are the funnier ones, compared with 36% of oldest siblings.

There may be some validity to the claim. The Guardian reports that in the book My Youngest, There’s No One Like You, author Kevin Leman, lists a crop of comedians who were all the youngest in their families. The list includes Billy Crystal, Eddie Murphy, Goldie Hawn, Drew Carey, Jim Carrey, Whoopi Goldberg, Steve Martin, Jon Stewart, Ellen DeGeneres, and the late Charlie Chaplin. Admittedly, it’s a pretty impressive list.

The poll also asked the respondents (all siblings) to consider which child in their family was the most relaxed. The baby of the family won that round, too, but only by 3%. Older siblings, though, were considered to be more responsible, successful, organized, and self-confident. This isn’t just because older siblings are, by definition, older than their younger brothers and sisters and, thus, have had more time on the planet to establish careers and families. The research concludes that there are family forces at work that make older children more responsible than their younger siblings. “Parental attention soon shifts onto new arrivals, and first borns may have to learn the ropes themselves,” the researchers wrote. “As evidence, elder siblings are more likely to feel more organized and able to prioritize their own lives.”

Older children are frequently put in charge of younger ones, watching the little ones, and getting a sense of responsibility early in life. 54 percent of first borns believe they are more responsible than their siblings, compared to 31 percent of last borns.

Younger siblings, on the other hand, considered themselves to be more easy-going and relaxed than their older relations. Even more telling, a majority of younger children feel like they are more favored by their parents. If that’s true, it’s no wonder they feel like laughing.