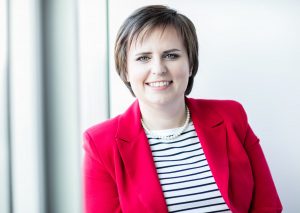 Eva has been cross-cultural consultant for more than 15 years supporting companies with trainings and workshops in Europe, USA and Asia. Working with international companies, teams and different cultures, she inspires her clients to look for their new strategies on how to deal with cross-cultural challenges and differences. She consults companies to keep talents and develop a successful cross-cultural communication between leaders and teams. In the year 2016 and 2018 she was awarded Great Award in competition with trainers and consultants from USA, Europe and Asia. You can reach her via email egaborikova@gmail.com or www.evagaborikova.eu.

How to crack the hard cover of Hungarians?

Many expat leaders coming to Hungary are surprised to experience that Hungarian business culture is quite formal. Based on some stereotypes they guess Hungarians are very cheer and outgoing people. However, meeting them during negotiations, they face formal interactions with their new business contacts. Indeed, Hungarian culture belongs among so called “coconut cultures” what means, business people need some time to “crack the hard cover” and know their business partners to establish closer and friendly relationships

Business relationships are built on trust and familiarity, and often involve socialising outside the workplace. Business lunches and dinners are common, but their hidden purpose is to know people, not to talk about serious business topics.

Socializing is an important part of the relationship building process. Hungarians prefer face-to-face meetings rather than more impersonal vehicles of communication such as emails and phone calls. Being deeply involved in a discussed topic, they are emotive speakers who say what they think and expect you to do the same. Stories, anecdotes, and jokes are powerful tools used to prove their points.

What are the keys to Hungarian motivation?

Conducting my intercultural trainings and going through experience of my clients, a lot of them shares to be surprised to learn that their team members are highly individualistic and proud of their personal accomplishments. They work hard and will often do extra hours to complete a job to the best of their ability. However, they should feel appreciation on the side of their managers. Loyalty to a company is to a certain extent conditioned by benefits offered by team companies and HR departments.

Compared to post-communist generations, team members from younger generations feel empowered to speak out in the management process. They sometimes run into disagreements with those team members who focus on exact instructions from leaders and their strict execution.

In general, Hungarians enjoy socializing with people from work and do not separate their business and personal lives as is done in many other cultures.

We used to do it like this and it worked. Why to change it?

Hungary belongs among cultures which avoid sudden changes. Therefore, introducing changes requires considerable amount of thought, planning and evaluation. Team members expect their leaders to listen to their opinions and having a chance to adapt themselves to a new situation. Otherwise, they perceive it as poor management. Hungarian do not view change as a movement to something new and better. They are afraid of negative circumstances which could accompany changes. “We used to do it in this way.” is usually the first reaction to the proposal of changes. At the same time, a possible failure is viewed as a poor performance and causes loss of confidence among team members.

Being flexible to schedules?

Expat managers describe Hungarian culture as flexible regarding adherence to schedules and deadlines. In their words, a lot depends on a manager and their approach as Hungarians respect guidance and status of their leaders.

What are the signal of being deeply involved in discussion?

Many expat leaders and negotiation partners should be aware of direct communication within the framework of technical and business negotiations. However, going into the areas connected with feedback and criticism, “yes” can often mean that the ideas is being considered rather than confirming a final agreement. Hungarian team members often enjoy a lengthy discussion of topics which allow an opportunity to show their intellectual skills which they are proud of and expect others to appreciate it.

Hungarian communication style can be described as emotional especially when communication partners are deeply involved in discussion. In such cases showing anger, affection, disagreement and voicing opinions passionately should be viewed more than a sign of being involved and engaged.

Hungarian business partners have the tendency to consider every aspect of a deal and will therefore spend more time negotiating and reviewing things before making a decision. If often happens that they will often require substantial amounts of information before arriving at a conclusion.

Cooperating in a team or being a team leader, the access to information is considered as a power tool. For this purpose Hungarians often build their relationship networks which allow people to support each other and share information in a friendly way.

Decisions are made from the top down. Team managers consult their teams but do not rely on their recommendations. Decision making can be a slow process, as Hungarians prefer to consider all aspects of a deal before a final agreement.

We need instructions! It’s your responsibility!

Expat managers and leaders view Hungarians as creative and educated team members. However, they find it quite difficult to encourage them to make decisions independently.  Even when they encourage and empower them, it seems that they still expect direct instructions how to operate are given. One of the reasons is avoiding mistakes and being criticized because of them. Therefore, successful leaders recommend to create a supportive environment and build relationships as the most powerful incentives to encourage their Hungarian team members to make decisions on their own.