“I feel a passionate responsibility to educate the next generation.” 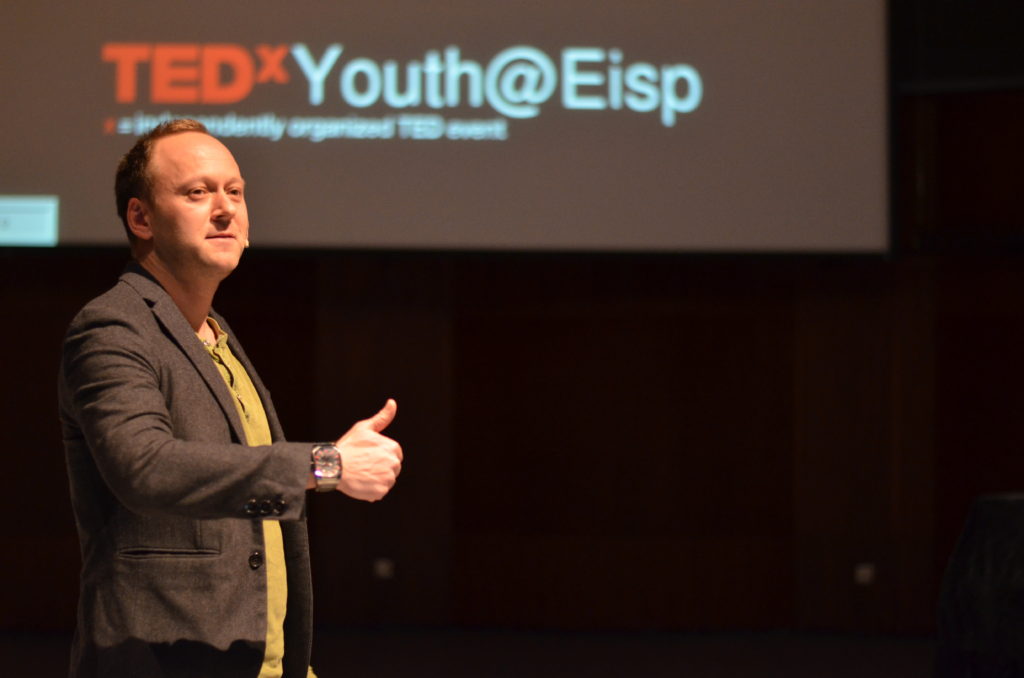 I met Adam Stewart, the Artistic Director of Prague Youth Theatre (PYT), after the play “Empty Hands” made it to Prague media headlines this spring. A shortened version of the play was chosen to compete for the highest Czech theatre award “Student Thalia”. ‘Empty Hands’ by Adam Stewart explores the Holocaust in Czechoslovakia and Terezin through the eyes of Jewish, Czech and German children. It aims not only to discuss the dark past of European history, but also to serve as a warning to the modern day political situation in the world.

Like many people associated with theatre, Adam is a modest introvert. However, I believe he truly represents the Ambassadors Without Diplomatic Passports with his PYT work bringing together Czech and international students. He often presents current issues which transcend borders. These issues prepare students for real life situations. In addition, Adam is presenting Czech culture to foreign audiences, by being a member of the highly successful cast of the English play “Záskok” at the famous Czech Jára Cimrman Theatre.

For my interview with this actor, director, playwright, and entrepreneur, I chose a format based on Joseph Campbell’s Hero’s Journey. This method works well for most successful plays and stories.

How do you perceive today’s world?

Sadly I do not perceive the world particularly fondly at the moment. Brexit, the possibility of a President Trump and what seems to be a rise in racism across Europe and the rest of the world is terrifying to say the least. As a youth theatre leader I feel a passionate responsibility to educate the next generation in order for them to change the future. It’s naïve to think that Prague Youth Theatre can impact the world as a whole but if the young people who work with us enter adulthood wiser, more open minded and tolerant of others then we will have succeeded in a small way.We have been very lucky at PYT to have been able to offer our students international theatre exchanges and competitions. Our students have visited Ireland and Croatia to take part in theatre workshops and we have been visited by the same groups and a group from Serbia. Every year we take part in a theatre competition with youth theatres from France, Russia and the UK here in Prague. These international exchanges offer the opportunity for our students to meet with like-minded individuals and get a better understanding of different cultures, faiths, social backgrounds and language. I believe it is important for young people to be aware of the world outside of their school, family, town and country and the opportunities we offer at Prague Youth Theatre enforce that message.

How do you perceive the position of the Czech Republic?

I have lived in the Czech Republic for 11 years now and I have seen many changes in that time. From an improvement in the choice of cuisine to a more tolerant and progressive society. I call Prague my home now and although the Czech Republic has its problems like any country, I find the Czech people to be warm, open-minded and liberal thinking. Coming from a ‘nanny state’ as I do, it is refreshing to live in a country that allows you to make mistakes without being wrapped in cotton wool. I’m concerned at the moment with some of Zeman’s recent Trumpesque comments but as I said before I believe this is mainly due to a rise in racism across Europe. I have been heartened by the number of anti-racism rallies that have taken place in the city and hope to see that continue. Over the last two years I have been lucky enough to play the role of Bárta in the first official English performance of Jára Cimrman’s The Stand-In (Záskok) and this has given me a huge insight into the Czech Republic and the mentality of the Czech people.

If you were to write a play about your higher calling according to Joseph Campbell’s Hero’s Journey, what was your “call to adventure”?

My call to action was simply that I needed a job. I am a trained drama teacher and had taught for five years at the English International School, Prague. It was time for a new challenge but job offers overseas were not forthcoming. I had been part of a number of youth theatres growing up and had loved the social aspect as well as the rehearsals and performances. So I thought ‘why not start a youth theatre in Prague?’. There were no English speaking youth theatres at that time so I set up a website, found a venue and we performed our first shows in December 2011. Now PYT has become much more than a job and my call to adventure now is to grow the student base and continue to perform high quality drama. 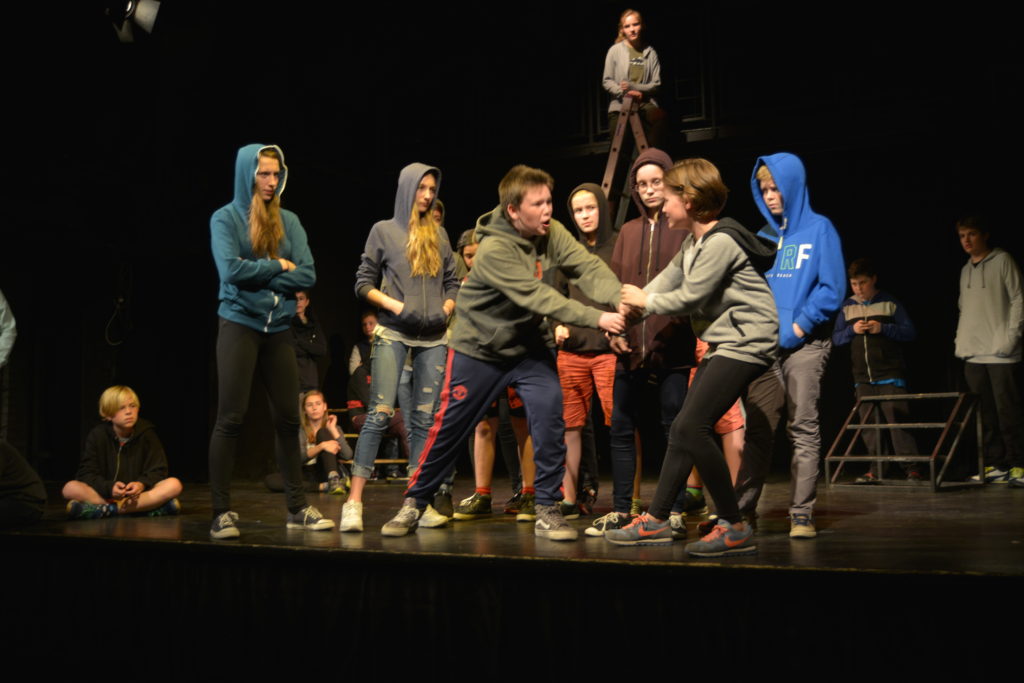 Let us move to the next stage, when mentors play an important role. What role have they played?

Mentors have played a big part in my life. As a student I was trained by some inspirational teachers and youth theatre leaders who instilled in me my passion for the theatre. I learnt a lot about life and the world around me through experiences with youth theatres and many of my lifelong friendships resulted from theatres groups that I was part of. My biggest influence was a teacher/director who ran a youth theatre in my home town that I was part of for many years. In many ways the ethos of Prague Youth Theatre and my style of teaching has come from what I learnt while part of her company. Redford School of Speech and Drama was more than a theatre company, it was a family and I spent much of my social time with the other members of the group. The director had very high standards of performance and we produced some very professional productions. One thing that irks me as a youth theatre director is if audience members leave saying “that was good for kids”. It is my goal that when audiences see PYT shows they leave thinking “what a professional show that was”, “the acting was excellent”. Youth Theatre can be extremely powerful and a high quality of performance is what we always strive for no matter what the age.

The next stage is about tests, allies and enemies… With PYT being so successful and established, have you passed this stage or are there some blocks still ahead?

Thankfully over the last five years PYT has consistently grown and evolved to what it is today. We now have over 150 children and young people who take our classes and we have a number of leaders and administration staff who continue to enable us to expand. The biggest hurdle we face as a company now is how to manage our expansion to ensure that the young people and families that we work with continue to receive the highest level of drama education. This takes many forms… extra spaces, more staff , improving communication with families and ensuring that our performances continue to be to a professional standard. When PYT began we had 20 young people and I was able to teach every group and build relationships with all the students. As we grow it is my job to make sure that every child receives the same level of care as they would have had when we began.

Although Prague Youth Theatre has so far been a success I still have concerns about the perception of youth theatre, in particular drama, in mainstream education. In the UK certainly less and less emphasis is being placed on the arts, particularly drama. In many schools across the UK drama is being stripped from the curriculum in favor of core subjects. Theatre in schools is becoming more and more elitist as can be seen by the current rise of UK public school actors making it big in Hollywood. During a parent meeting a few years ago while I was working at the English International School a parent asked me “why does my child have to do drama, they don’t want to be an actor” and I replied that drama in schools is hugely important for a child’s education. Drama teaches confidence, discipline, organization, to name a few and all of those skills are hugely important for life but also for any career a child chooses to follow. I have never written a CV without including the life skills that drama has taught me. We’re very lucky at PYT that parents see the benefits of a drama education and we often receive very positive feedback about how much children grow in confidence during their time with us.

Reward and coming back with the elixir is the final stage of the journey. Have you found one?

Yes. I’m rewarded every time I watch our students at PYT perform. As an actor I used to love the applause at the end of a performance however as a theatre director of young people it is far more rewarding for me to see the admiration that they receive from an audience. The performance is the objective but the journey that the students take to prepare for the performance is hard work, emotional and at times frustrating. We see young people at PYT growing in confidence and as actors and seeing them receiving applause is one of the reasons why I love my job. One of the projects that I am the most proud of is “Empty Hands”. This is a play that I wrote 5 years ago that tells the story of a young Czech Jewish girl who is taken to Terezin. The story examines how joy can be found even in the darkest of times and the play celebrates the resilience of the human spirit. My colleagues and Prague Youth Theatre supporter Judi Challiner are currently working on rewriting the play and developing a school curriculum to accompany it. Our goal is to publish the finished play, with accompanying curriculum and original music composed by David Talacko. We hope to promote this to schools across Europe to educate them not only about the Holocaust but also as a lesson to current and future generations of tolerance, acceptance and understanding.

We discussed that your plays tend to have open ending and certainly you avoid happy endings. “Theater is there to search for questions. It doesn’t give you instructions.” The plays that our older students perform tend to be issue based dramas. Besides the most recent “Empty Hands” we have tackled issues such as domestic violence or child trafficking. As I said before I believe it is our responsibility at Prague Youth Theatre to prepare young people for the world in all its good and bad. Rehearsing and performing plays that deal with issues that young people face enables students to ask questions, find answers or research the themes raised in the plays. Theatre is a great way for young people to learn and explore ideas in a safe, relaxed and fun environment. 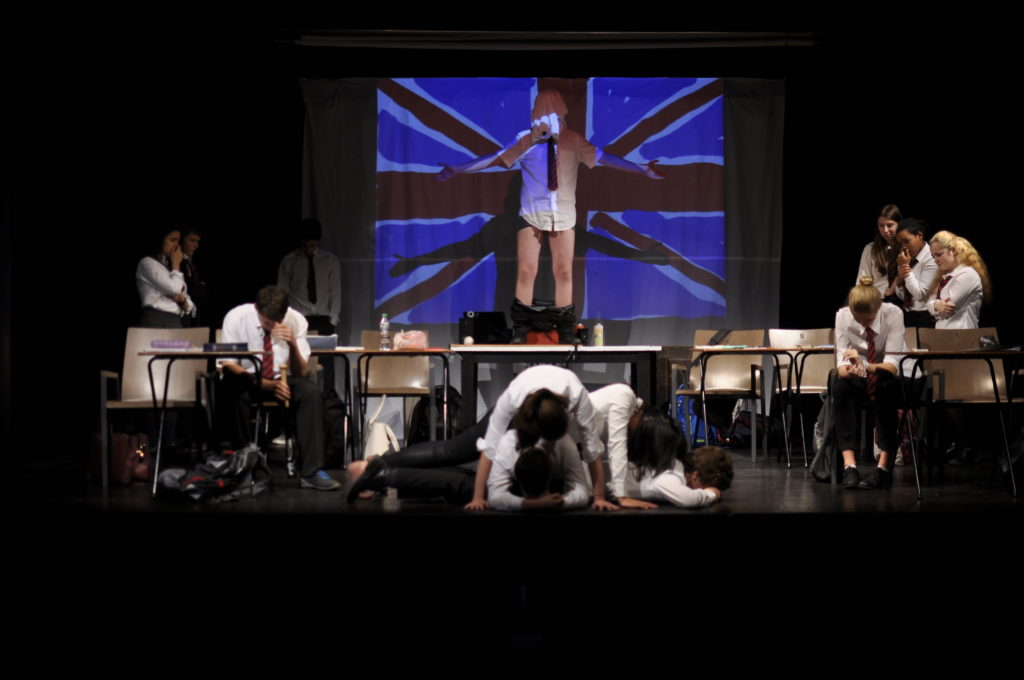 What are your final words to Czech and Slovak Leaders readers?

Come and check out one of our performances in December. We pride ourselves on the professionalism of our productions and the quality is consistently high. Or if you have children, sign them up. Term begins on Saturday, 3rd September. More information can be found on our website www.pyt.cz.