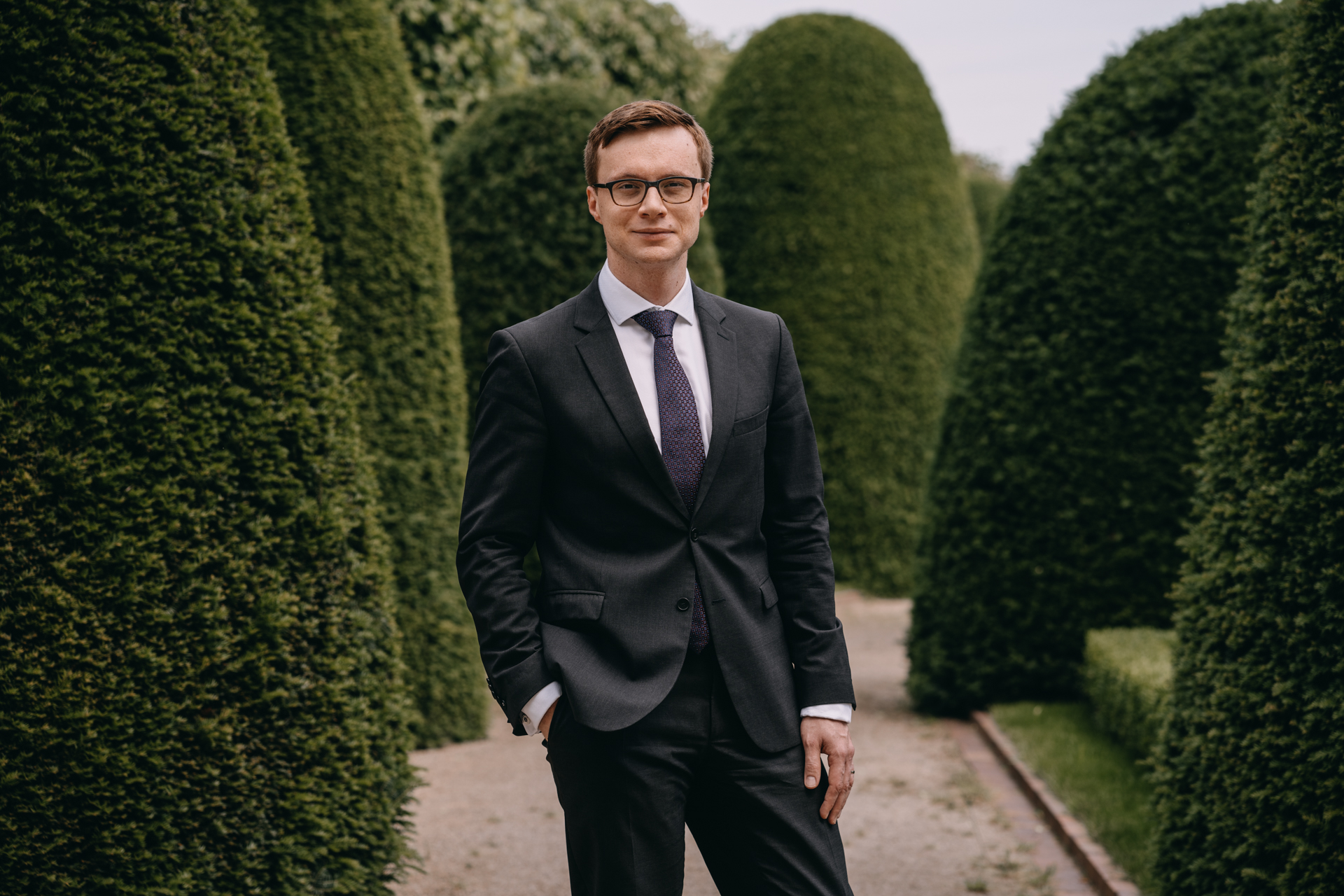 In the position of Deputy Minister for European Affairs, Aleš Chmelař oversees the relevant section at the Ministry of Foreign Affairs. He earned a Master’s degree in EU economic and monetary policy, an EMU in London, and prior to his current position served as a former Czech state secretary for European affairs. He speaks English, French, and German.

What balance does he think the Czech Presidency has to ensure? How does he evaluate the trio program? And does he consider the Eastern Partnership Policy effective?

Regarding the upcoming Czech Presidency of the EU Council, what do you foresee as its biggest challenges?

With war raging just behind the EU‘s border and with no clear-cut end in sight, we will have to work intensively on mitigating the consequences of the conflict. The EU as a whole needs to tackle (the war’s) effects on Ukraine and the wider Eastern neighbourhood, as well as on itself. Necessary assistance to Ukraine and continuous pressure on Russia require extensive EU Council coordination. The Presidency will have to ensure a good balance between crisis management connected to the war and work on long-term policy issues such as green and digital transition, deepening trade relations, and building up the EU‘s economic and security resilience in various domains.

Which councils, working groups, and committees will be chaired by the Ministry of Foreign Affairs during the Czech presidency?

The ministry will chair fewer working groups than during the previous Czech presidency, which took place before the Lisbon Treaty. We will be responsible for around fifteen working groups dealing with the EU ́s external policies, including enlargement, relations with Britain, EFTA and African countries, humanitarian aid, and development cooperation, as well as communitarian law and consular coordination. Many other Council‘s working groups covering foreign affairs are currently chaired by the External Action Service.

The EU member states supported a joint 18-month program of the upcoming presidency trio in December 2021. What are the key pillars of this program?

The trio is relatively unique in its divergence. It displays a wide range of interests covering the traditional geographical and historical cleavages of Europe. Despite the seeming heterogeneity of the trio, we managed to agree on an ambitious program. Its general structure follows the logic and content of the European Council‘s Strategic Agenda for 2019-24. It also reflects the latest Commission‘s Working Program. The key pillars of the program are based on the EU‘s economic recovery efforts, green and digital transition, fighting the COVID pandemic, and deepening relations with strategic partners. After the aggression of Russia against Ukraine the program would certainly merit some updates. Our aim is to contribute substantially to the EU‘s efforts in supporting Ukraine and other associated countries of Eastern Europe. We also need to increase the pace of the EU integration of the Western Balkans countries. We must engage more strategically with Indo-Pacific and Sahel countries. We want to use the opportunity of the Council presidency to deepen the transatlantic partnership.

What are the areas where the trio has made the biggest progress in deepening relations with strategic partners so far?

We have all agreed on the need to provide a new impulse to relations with strategic partners considering our values, principles, and interests. That’s our departure point. The Russian invasion of Ukraine has underlined the vital importance of the Union‘s relations with the United States and Canada. We have to proceed with implementing the Joint Transatlantic Agenda, agreed upon in the summer of 2021, and develop the activities of the Trade and Technology Council. We should also strengthen our economic ties with Canada and keep the EU united against its rivals.

How will the war in Ukraine affect the Czech EU Presidency regarding the multilateral Eastern Partnership Policy?

Three out of six Eastern Partnership countries are closely associated with the EU. It proves that EaP as a policy has been quite effective as an association, and further economic cooperation have been its objective since its creation in 2009. We should now think about its future and concentrate on the most pressing issues. We have to continue our support to Ukraine while providing necessary assistance to Moldova and Georgia, keeping inclusivity as an important principle. As the Council Presidency, we will also want to focus on building resilience in these countries by transforming the concept into concrete projects.

The Association Agreement with Ukraine entered into force on 1st September 2017. What is the state of play of this agreement?

Since 2017, a number of reforms, previously thought to be difficult to enforce, were passed, such as political decentralisation, a change in electoral processes, and the creation of several new institutions that have become responsible for the fight against corruption and clientelism.

As part of the Agreement, a so-called Deep and Comprehensive FTA was also passed with Ukraine, which has been provisionally applied since 2016. These initiatives have become two main vehicles for bringing the EU and Ukraine closer together by deepening political ties and fostering mutual trade. Any party may request a revision of a treaty five years past the start of its implementation. In February 2021, both the EU and Ukraine expressed interest in revising the part of the agreement concerning trade in goods. In the context of the current conflict, the European Commission submitted in April a legislative proposal to drop all remaining tariffs for a period of one year, with the possibility of an extension. This proposal is currently being discussed within the EU Council and we hope for a positive decision soon.

What would you welcome as the Czech EU Presidency ́s greatest achievement? Do you have a personal goal in this regard?

In current circumstances, the most important achievement of the Czech presidency would be to keep the EU united against the backdrop of the Russian invasion, and progress in the economic integration of its Eastern neighbourhood. Further developing our economic and security resilience will also be key, and the Council Presidency will contribute to this. The diversification of our energy resources, as well as the decreasing of our overall dependence on Russia, should see a tangible, swift, and realistic action, as well as a further plan. The biggest achievement of many people working on the presidency, including myself, would be to have, at the end of our presidency, a peaceful, more resilient, and prosperous Europe than we have today.