I would recommend the government not to underestimate the Presidency 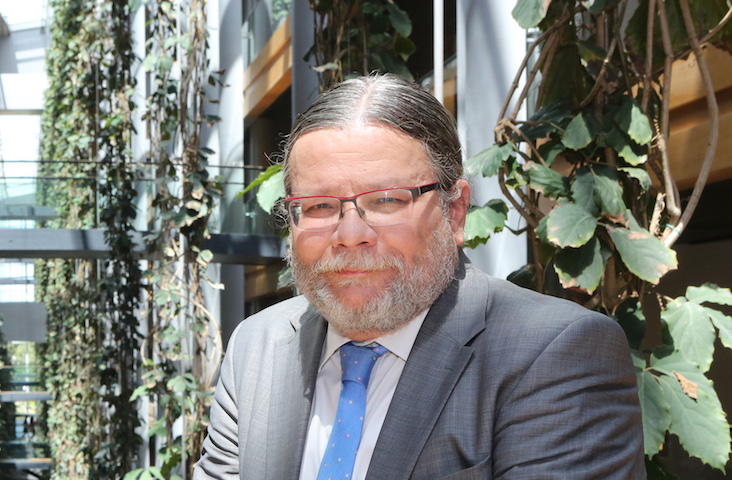 Vondra is a Czech right-wing politician, Member of the Civic Democratic Party and former dissident and signatory of Charter 77. In 2006, he worked for several months as a Minister of Foreign Affairs and then until May 2009 as a Deputy Prime Minister for European Affairs. From July 2010 to December 2012, he served as a Minister of Defence. Since July 2019 he has been a Member of the European Parliament where he sits in the ENVI Committee and in the Delegation with the US.

You have spent seven years outside politics. You say it “oxygenated” yourself. What brings you to the European Parliament? What are your priorities?

I decided to run for the European Parliament because I was worried about what was going on in Europe. I went into trying to prevent Europe from committing suicide. My priority in the European Parliament is to work in the ENVI Committee which has become the main battlefield of European politics during this parliamentary term. I want to promote reasonable environmental policy over the next five years, one that does not ruin us. We must protect nature but not in the way envisaged by the new red-green European Commission of Ursula von der Leyen.

The new Commission is preparing the European Green Deal in order to become the world’s first climate-neutral continent. What will this mean for the businesses?

That’s a question! The European Green Deal has neither clear parameters nor any impact assessments at the moment but some groups in the European Parliament are trying to come forward with stricter 2030 and 2050 goals and set a separate budget line for the European Green Deal as soon as possible. I am much more cautious. The European Green Deal will definitely be an opportunity for many businesses but we should carefully assess its possible disproportionate impacts, especially on SMEs. Moreover, structure of our economy as well as expectations of Czech citizens are different than those in Western part of Europe and we, as their representatives, should take it into account.

You consider global warming a hysteria. Are you convinced it doesn’t exist?

Climate has always changed and so will be the case in future too. I do not have a problem withaclimatechange,Ihaveaproblemwith a hysteric reaction of the EU. I am afraid all the EU efforts to become a climate change avantgarde at global level, leading to regulations artificially increasing costs of living in Europe, will hamper our economic growth and let the others – China and USA, for instance – to take advantage of it.

In practice, can there be a legislation that promotes both sustainability and competitiveness?

I am convinced so. But, first of all, the EU should come up with a legislation which is not revised “instantly”and, on the other hand, gives the Member States enough room for manoeuvre. One size does not fit all. Greens in all groups, including very weak EPP representatives, are of a completely different opinion. And their respective steps are leading to a revolution of rich and for rich. We need to support a policy which avoids climate change as a new religion and, instead, considers protection of environment in a more contextual way. No one should be left behind and, for example, biodiversity issues or protection of water resources should not be neglected.

How do you assess the Commission’s new portfolios? Is Ms. Jourová ́s portfolio “Values and transparency” an opportunity for the Czech Republic?

The Commission as an institution is trapped inside The system “one Member State – one Commissioner”. That’s why some portfolios are, let’s say, questionable. On the other hand, this arrangement gives Ursula von der Leyen much leeway to set up her team in a way which suits her most. Věra Jourová’s portfolio is not as significant as Andrej Babiš or Jourová herself presents it. It might seem that her task will be to assess the rule of law in, for example, Poland and Hungary. In fact, Jourová will only deal with the issue of European elections, fight against fake news, media pluralism, promotion of a “European identity” and dialogue with churches. None of this can be considered an executive competence. The question of compliance with the rule of law falls under the Justice Commissioner. So Věra Jourová will only serve the Poles and Hungarians what the Belgian cooks. And a second-rank Vice-Chair? Věra Jourová only recognizes it on her payslip. This is Babiš’s total bargaining defeat.

The Von der Leyen Commission will continue in regulating digital market. Do you think the same rules should work for online and offline world?

From consumers’ point of view, there is no difference between offline and online world. We all expect high level of protection to fulfil our consumer rights anywhere in the EU. That’s why I am happy that geoblocking, for instance, has become a part of history. On the other hand, I am not a friend of regulating any aspect of life without assessing possible negative impacts on businesses and/or consumers, as was the case with mortgages. I am convinced EU should use legislation as a last resort solution, primarily to eliminate useless hurdles which block functioning of the EU Single Market.

You are a Member of the Parliamentary Delegation for relations with the U.S. How will the EU-US relationship evolve? Do you think there is a chance to negotiate a trade agreement similar to the unfinished Transatlantic Trade and Investment Partnership (TTIP)?

We would need to negotiate a trade agreement with the US. But what form it will take, and if it really happens, is a question. It takes two to tango. And both sides, including the EU, must be able to compromise. The trend that the EU is contaminating trade agreements negotiations with new conditionalities, such as compliance with the Paris Climate Agreement, is not conducive to any trade negotiation.

You have represented the Czech Republic during the first Czech Presidency. What do you recommend to politicians for the next Presidency in 2022?

The Czech presidency in 2022 will be significantly different from the 2009 presidency. At the time of our first presidency, the Treaty of Lisbon was not yet in force and the role of Prime Minister and Minister of Foreign Affairs was much more prominent and stronger than today. On the other hand, the Presidency still presents an opportunity to pursue national priorities and to train new officials who will be able to work with European legislation even after the end of the Presidency. Therefore, I would recommend the government not to underestimate the Presidency.

We always hear that the EU should reform. What could the EU do in order to become more efficient and more appreciated by people?

The EU should stop complicating people ́s lives. The newly planned European Green Deal will bring price increase – housing, transport and food will become more expensive. This will certainly not help neither us, nor the EU. The EU should stop unifying things that simply cannot be unified. The key is simplifying and removing the barriers that still exist in the EU. If the EU applies this principle, perhaps much more people would trust it, even in the Czech Republic.

How do you imagine we will live in twenty years?

I hope that the free movement of the four freedoms will be preserved, because it is a great advantage for us, which leads to the development of wealth in all respects. I will pray and work to keep it that way.