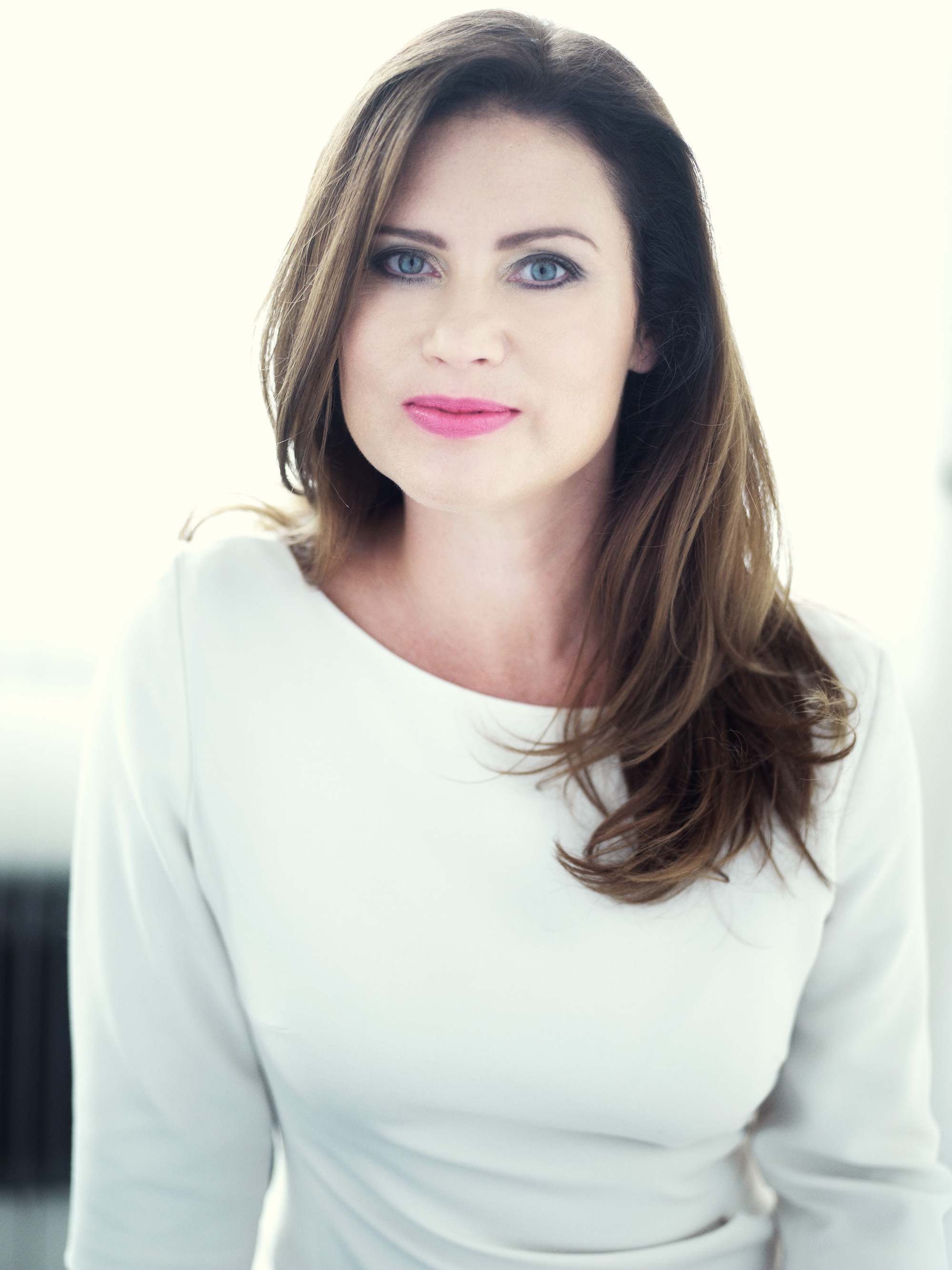 I have a lot in common with my friend and colleague Andrea: coaching and writing, interviews with wellknown personalities and the desire to support women in their careers. Andrea herself has presented not just many hundreds of Slovak news reports, but also major interviews, including with such personalities as Placido Domingo and Niki Lauda. She left television suddenly in order to prioritise her marriage. She left not just her job, but also her native Slovakia, following her husband to France. She currently lives and works in Singapore. She has moved from the highest levels of journalism to the highest levels of business. As Executive Coach, she focuses on neurobehavioral modelling and accessing the emerging business development.

Does this all sound like a story from a pulp author? Well you shouldn’t be surprised, as all famous writers agree that the best plots arise from life itself.

Some may remember Andrea Vadkerti as a presenter on Markíza Television, which she joined in 1995 after winning an audition of over 5000 candidates. During her television career, she also managed to study International Finance and European Law at Faculty of Management Comenius University in Bratislava. She presented the main news on Markíza until 2000. Despite her heavy workload, she missed the opportunity to be creative in her role as presenter, and so in addition to the news she also presented a radio talk show. She left Markíza in 2000 when her then-fiancé was starting the rival TA3 television station. She helped him to create this new television channel, which was described as Central Europe’s CNN, but did not join the channel because she could not imagine working for her partner and for her boss and manager in one person. She then penetrated the world of business, taking on the post of Head of Communications and PR in Slavia Capital between 2000 and 2003. She penetrated the world of mergers, acquisitions and trading while also meeting her current husband.

In 2003, she accepted an offer to return to the television studio, this time for Slovak public television RTVS. This marked the start of the risky, but she says most interesting, “Vadkerti talk show” format, in which RTL journalists were also involved. She broadcast her final talk show during her eighth month of pregnancy, something which involved an in-depth interview with three female murderers and an 80-member audience made up of other prisoners. The fact that Andrea does everything to the full also applied for her career break, when she focused on her children and family, with her son Raphael joining her daughter Sophie within 13 months. Again, she was missing creativity and continued writing scripts. In 2007, she returned to the media, with another offer from Slovak Television. Once again, just one career was not enough and at this time Andrea began to work in coaching, receiving her first international certification. In 2010, she returned to TA3 to launch her new interview show, Portret. She received the Journalism Prize for Best Interview in Electronic Media two years in a row for her in-depth interviews with the rescuer of Jewish children, Sir Nicholas Winton, and legendary CNN host, Larry King. Next year, French television channel Arte will be broadcasting her interview with Pierre Richard as part of a jubilee documentary on this unforgettable comic.

As Adriana Sklenaříková has said, I was born in a country which no longer exists. In a Hungarian family in the south of Slovakia. My mother tongue is Hungarian, and I was taught Slovak at school. English has become my language at work, and French is a language I have worked on through my heart and life in Nice. I am a citizen of the world with the blood of old Europe coursing through my veins.

Imagine looking at your biography in the introduction as a journalist. What would the first question you ask be? And what would your response be?

I would probably be interested in each new beginning. What it’s like to keep pulling the rug out from under yourself and try to do something you’ve never done before. The first commercial television news, the first daytime talk show, the first non-dubbed interview with a foreign figure, the first neurobehavioral modelling coaching in a land which does not even have a professional term for this speciality. And the response? It is incredibly exciting to be an experimenter and adventurer in your profession. To believe in something and go for it. Your belief drives you, you play your cards on luck and talent. There’s no waiting, only doing and success is not guaranteed.

Okay so now to my questions. While they say cherchez la femme, from your experience up to now, it seems that you have often instead responded to your partners’ situations. At the same time, you have managed to keep your own identity. What has been your underlying mission?

I’ve never lost my head because of my career or relationship. Whether I’m doing something or believe in something, I go for it. But not to extremes. When one thing got the better of me I have moved on to something else. And that has always helped me stay unsinkable.

I get the impression you have missed the space for creativity in the roles you have held, whether as a presenter or even mother. What brought you from writing to coaching?

Coaching and presenting have a lot in common. You pose open questions, you seek various perspectives. You are driven by curiosity and you are constantly finding out more. Except that coaching takes place in complete intimacy; in a television interview you try to induce intimacy, but the whole world is watching you. Writing is a highly intimate affair. For me, when I’m in complete concentration it has always been a kind of meditation. Creativity is my escape from everyday reality.

How do you see yourself as a coach?

I see myself as a consultant who knows when to call upon coaching as the best tool to achieve an objective. With my client, we might be focused pragmatically, dealing with a problem resourcefully. Complexity and finding a solution is our platform. As I’m coming from background in neuropsychology, this is an opportunity for me to literally change the client’s paradigm of thinking. To open up new worlds to them. I am witnessing my clients becoming more humans every single day.

How do your clients describe you?

An open minded, pragmatic, someone who can hit the nail on the head, unravel a problem. Holistic, disciplined, understanding. These are the kind of characteristics I see most in my reviews.

They say the media is addictive. Do you miss the shine and fame of the television studio?

I don’t miss the television studio so much as the opportunity to spread valuable ideas through the media. Many times I come across someone and I tell myself what a great interview we could do, how many people could get a really meaningful message …

In your experience, is a double-career marriage possible?

Yes, but both of you have to be willing to sometimes sacrifice your career for the good of others. Your career is not a dictator.

Three years ago, you moved from France to Singapore. What other chapters in your life are you planning to write?

I’m literally writing one now. I’m writing a book on the power of the ego and how to live with it. It is a compilation of my own true stories and those of my clients and neuroscience. In Singapore, I have everything I need to complete it. My ten-month old third child Philip is slowing me down a little right now. I’m trying to enjoy all the times I have with him. We’ve also begun Atairu leadership training for women and the Odyssey mentoring programme.

Your final message for Czech and Slovak Leaders readers?

When ego shuts down to silence, your heart starts singing.