“BUSINESS is in many respects much SIMPLER than POLITICS” 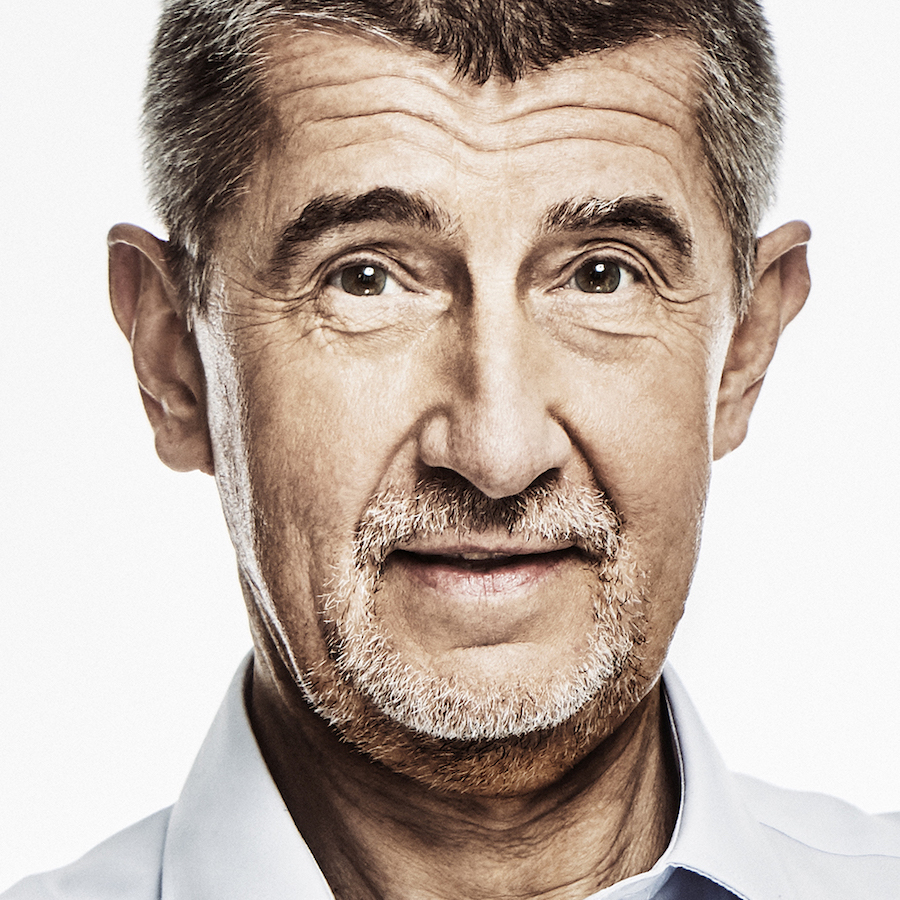 Hello, Mr. Prime Minister, thank you for the interview, timing has been very challenging these days, so we are grateful for your time spent with us. So let us start with a question about the Czech Republic and its position on the international scene.

We play an active role. Unlike the previous Prime Minister, I can speak without an interpreter so I don’t just sit in the corner. We can promote important issues in European politics. Whether it’s reverse charge, which may be the first time the Czech Republic managed to push through something throughout the EU, a completely fundamental rejection of nonsensical migration quotes, or negotiations about a rescue package.

European politics as a whole are very much about negotiation.You have to be able to do that. You won’t learn it when you get there. Everyone is pursuing their interests hard, and if you want something you must have allies. And that’s an area that we definitely haven’t gotten lost in. When negotiating about the European rescue package, we ended up with better conditions than most other countries. It’s not just about the total amount which we were to receive. The original proposal provided for the inclusion of unemployment before the pandemic, which would have damaged us, while the new calculation is much more favourable. We can also use a larger part of the funds for investments in infrastructure, which is a clear priority for us. In the EU, we’re the rational voice that wants the EU built on the four fundamental freedoms.

But it’s not only politicians and diplomats that are responsible for the Czech Republic’s image abroad. It’s also our companies and entrepreneurs. Personally, I’m proud of our soldiers. Unfortunately it’s a fact that terrorism must be fought from the very beginning, especially in places where terrorists have a free sphere of action. Whether it’s Afghanistan, Iraq or Mali. Our professionals, the Army of the Czech Republic, are in all these places, assisting locals in the fight against terrorists and bandits. I’m proud of our boys. The Czechs now command the international alliance in Mali. A beautiful country, but politically and especially religiously extremely complex. Maybe this is not something which is very visible in domestic media, but you’ll receive great recognition for it on the international scene. We have excellent chemists and field hospitals. And then there are our firefighters. A huge disaster in Lebanon, and our guys are among the first ones there, saving lives when houses are falling down around them. These are actions which promote the Czech Republic abroad in the best possible light.

What do you see as a critical threat in regards to coronavirus?

The coronavirus gives rise to many threats – mainly to the economy and employment. It has been shown that global supply chains are very fragile. In the future, I expect that preference will be given to production in a reachable vicinity, and price will no longer be the only argument. That’s an opportunity for Europe – for its production capacities. The Czech Republic, as one of the most industrialised countries on the continent, can only be strengthened by it. On the other hand, due to the economic slowdown, highly indebted EU countries can easily fall into difficulties, which will subsequently affect the entire eurozone. Fortunately, the Czech Republic has some of the healthiest public finances in the EU, so we can afford a large stimulus package which will support investment. We’ll pump money into the economy.

How do you think that Post-Covid-19 business environment will look like?

The epidemic affected almost all sectors of the economy, some of which even ceased to function overnight. Nothing of that sort happened even during the global economic crisis. It’s a new situation. It was services that were most affected of all – restaurants, bars, and tanning and hair salons. They had to close overnight, and it was a really complicated period for them. That’s why we released funds which enabled them to wait out the quarantine. Similarly, we helped companies which lost orders due to the disruption of customer- supplier chains. That’s why we introduced kurzarbeit [reduced hours], so that companies wouldn’t have to lay off employees, and we also provided financial assistance to self-employed persons and contractors.

It’s important that there are no more across-the- board measures such as the closing of restaurants. It’s mainly about citizens’ discipline, and about them being aware that the virus is still a threat, even though it didn’t look like that over the summer. On the other hand, the quarantine showed us that some things must be done differently. That delivery services and e-commerce will play an even greater role in the coming years. That many employees really do not have to sit in an office, and lots of things can be handled via a home office. The coronavirus forced both the private sector and the state to think completely differently. Now, it is important for the state that there is an economic recovery, so that investment doesn’t stop and people don’t start saving in leaps and bounds. 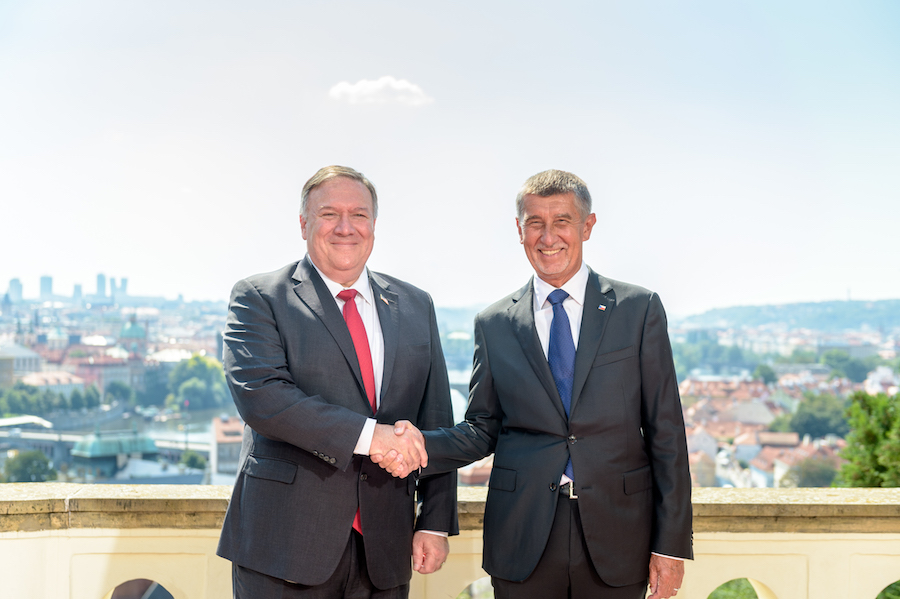 Mike Pompeo, US Minister for Foreign Affairs and Andrej Babiš, Prime Minister of the Czech Republic

It is clear that current crisis accross the world is opening scissors in between the population for example seniors and single mothers. How do you plan to tackle this issue?

Social policy must go hand-in-hand with the economy. When there’s an economic boom, it’s necessary to put more money into the social system – increase pensions, which under previous governments didn’t grow as fast as the cost of living. We owed that to seniors, which is why we increased pensions across-the-board every year. There is also a problem with low pensions, mostly collected by women who took care of their loved ones all their life, resulting in an unfavourable pension calculation. That’s an injustice we want to eliminate. The state should reward people for selfless care for loved ones, not punish them with a low pension and poverty in one’s old age. We’ll also support working pensioners. The economy doesn’t have enough workers, so we’ll continue to support those who would like to keep working, for example in the form of tax relief.

Single mothers clearly need assistance. Our government is introducing new rules for part-time work, which are meant to help all women with children. Another problem for the Czech Republic is the lack of places in kindergartens and crèches. We’re resolving this by investment, and state assistance for municipalities so that they can set up more kindergartens and children’s groups. We’re now also working on a childcare project. Lots of parents need emergency childcare rather than all-day care in the form of a kindergarten, and if you don’t have grandparents or they live far away, the situation is mostly unsolvable. The childcare on offer is limited, and mostly also unaffordable. That’s why we’re working on a state-supported childcare project.

Reaching out beyond the borders of the Czech Republic – what will be the key topics for EU Presidency in your opinion?

For the Czech Republic, it’s mainly business matters which are important. Removal of barriers, fair access to other member states’ markets, and free movement of the labour force within the EU. It isn’t something that’s talked about very much, but there are still obstacles for our companies when they want to apply for contracts in all EU countries. For example, France and Germany also introduced a minimum wage for all truck drivers, which in its own way is a restriction of competition. A levelling of the competitive environment, and fair conditions – these are some of the priorities.

The second big issue is the expansion of the EU to include other members in the Balkans. We want to accelerate the commencement of accession negotiations with Albania and North Macedonia, and prepare the integration of Serbia, Montenegro, Kosovo, and Bosnia and Herzegovina. And, as I’ve also been saying for a long time, we need to move forward with the Schengen Area so that it forms a seamless and easily defendable space.

And the third issue will be the security of the continent. Europe has still not resolved the problem of illegal migration. It’s clear that we must simply invest more in operations to guard the maritime boundary. We must use resources to build a smart maritime boundary, using drones, motion sensors and satellites. It will cost money, but even more importantly it requires political will. Nothing, not even the safety of the inhabitants of Europe, comes free.

And what about the Czech Republic’s allies outside the EU (Israel and the USA)? Even as a small country, we can still play an important role in the world.

The Czech Republic has excellent relationships with both countries. Over the last year and a half, I held talks with both President Trump and Minister for Foreign Affairs Mike Pompeo. We have the same opinion on the global security situation. We’re together in NATO, and the American side is pushing its European allies to fulfil their obligation of spending 2 % of GDP on defence. We’re moving in this direction, and I understand why the US administration is unhappy that Europe doesn’t spend more on defence. For us, it’s one of our priorities. The USA is also concerned with levelling the international market environment, where China is abusing its position, subsidising its economy, and trying to illegally acquire know-how in neighbouring countries. That’s also something we must fight against. Relations with Israel could probably hardly be at a better level. Benjamin Netanyahu even said that Israel“has no better friend in the Eastern Hemisphere than the Czech Republic“. Our support for the successful democracy in the Middle East is one of the things we can be proud of. Our voice also balances the pro-Palestinian lobby, which is strong in most EU countries. We collaborate in many areas, with science and research, as well as collaboration in the defence industry and new technologies, being promising.

How would you assess your last years in politics after being a successful businessman?

I never thought I’d say this, but business is in many respects much simpler than politics. Let’s use one example to illustrate everything. The Czech state’s problem is that when someone isn’t doing what they should, you can’t fire them and put an expert in their place. I know that the Civil Service Act was passed in good faith, but the current legislation is simply a catastrophe. The officials have more powers than the minister who bears responsibility for it all. If they’re not working, you can’t just fire them as normal; you have to put them in a “pool” of officials that nobody wants, and pay them 80 % of their salary. That’s crazy. If the state really functioned like a company, then I believe it would need one-quarter of the workers and one-tenth of the money to operate.

Other than that, I managed to find a team of people who are able to keep pace with me. I’m not saying it’s not demanding, but they’ve probably gotten used to it by now.

Thank you for your time.