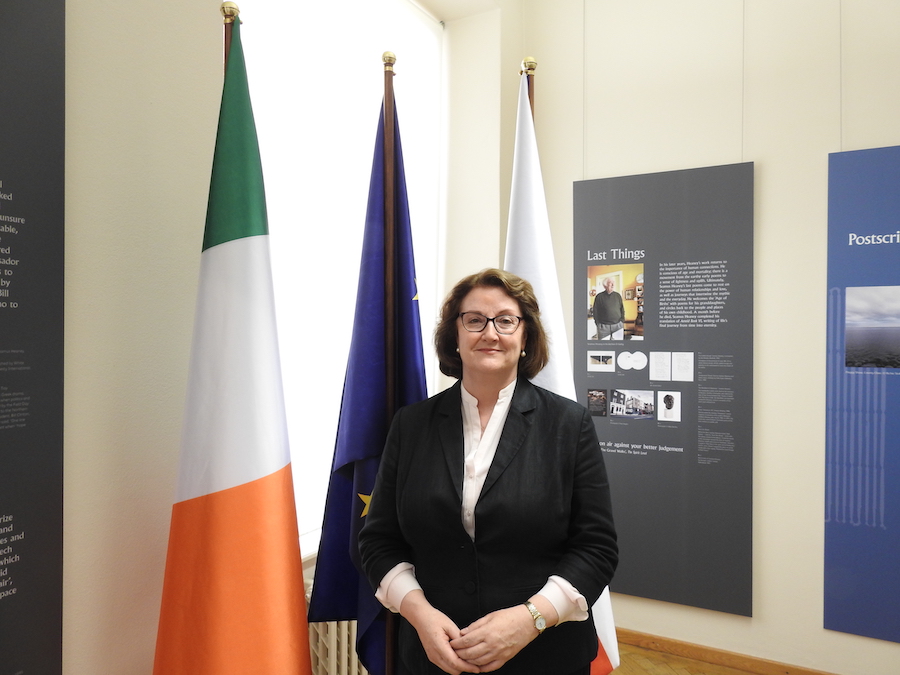 The Irish are a small nation but have an extensive diaspora of over 70 million. There is no doubt this has contributed to the fact that Ireland clearly recognizes the need for closer and effective collaboration throughout the world as the only way of facing major geopolitical challenges, climate change, and post-pandemic recovery. On 1 May 2004, it was during the Irish presidency of the European Council when the Czech Republic joined the European Union and, as Cliona Manahan says: “Both countries work daily on promoting convergence between Irish and Czech ‘like-minded’ positions on significant core issues.” What does she say about her Czech experience? And what is her advice to the next generation ambassadors?

Can you tell us a bit about yourself and the things that brought you to a diplomatic career?

First, let me thank you for this welcome opportunity to connect with your readers and share some insights into the life of an Irish diplomat.

I grew up in Dublin during the time when Ireland got to the headlines, and not for positive reasons. The unrest in northern Ireland (known as the Troubles) had an impact on our national and global standing. While at school, I was deeply affected by the daily reports and images of civil and political unrest and violence. I was interested in what actions, national and international, might help to resolve the issues due to the complicated history of our islands. These concerns led me to study Law at Trinity College Dublin, and I was very fortunate to be taught by Prof. Mary Robinson, Dr. Kadar Asmal and many others who were involved in Ireland’s political and social development.

I joined the Irish Department of Foreign Affairs, and more than a half of my career ever since has involved working directly in the peace process, with the US, UK, EU and many others. Ireland’s experience informs our approach to our European and international relations. In recent years, Brexit, the pandemic, and the Russian invasion of Ukraine have shown the value of 27 members of the EU collaborating. My previous work in the Nordics, and more recently here in the Czech Republic, with the opening of a new embassy in Ukraine mid-2021 underlines our commitment to our European partners.

What, in your opinion, is the best aspect of working as an ambassador?

Learning from people of other countries and cultures. As I have already mentioned, from an early age I was curious and often concerned about national and global issues, about what is needed to protect human rights and equality, and freedom of expression and shared values. So, it is important to be outward-looking but this can be a challenge for those who want a predictable and stable life. It is a big ask for families of diplomats and I am always impressed by the commitment of everyone who stands beside and works with the head of mission. 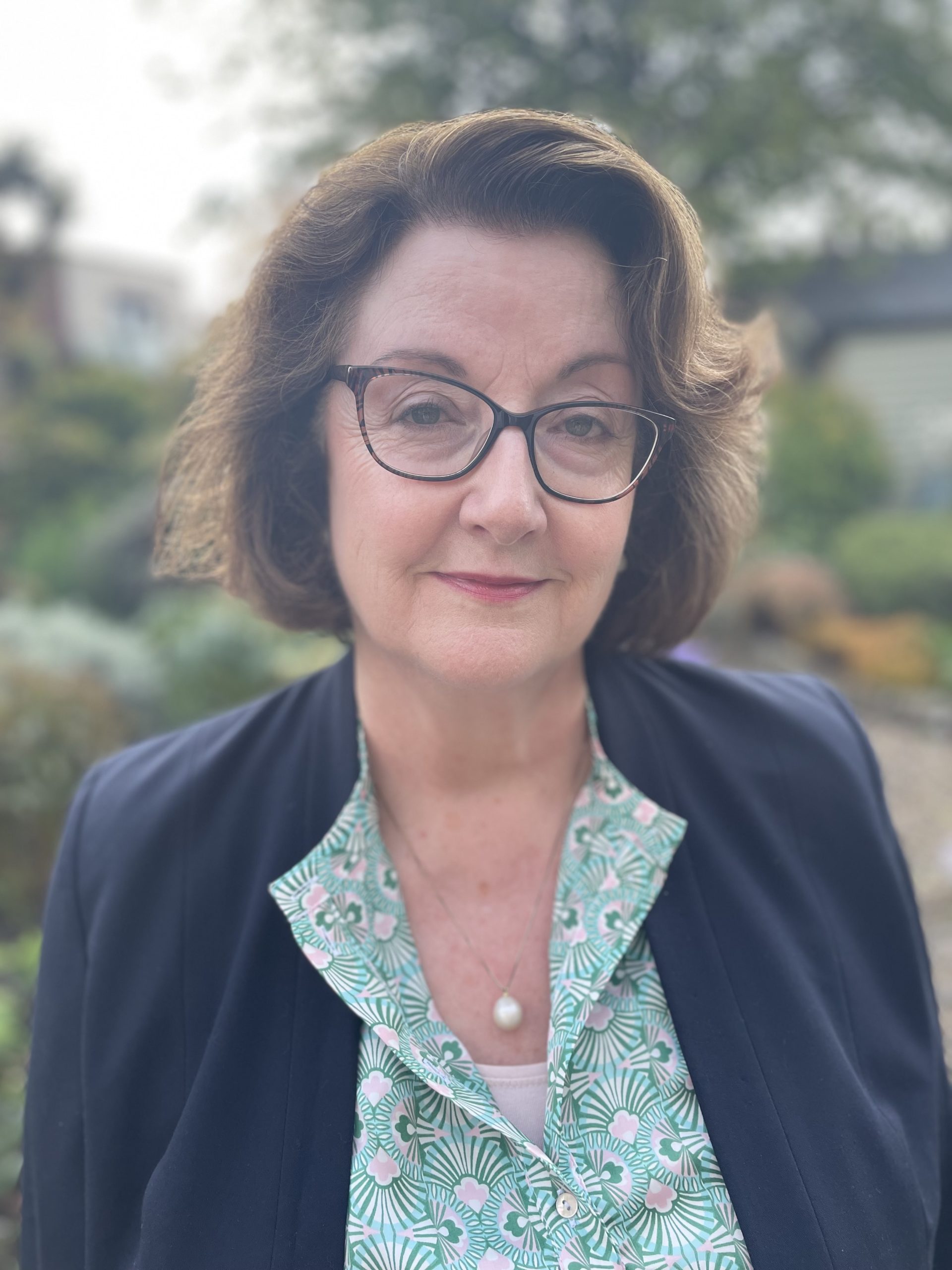 What would you pick as the most difficult part of being an ambassador?

As ambassadors, we are committed to raising the profile of our respective countries and people. We have to balance the personal and professional realities and social expectations. Covid-19 revealed all around the world that we need more commitment of resources to support women, and men, especially those with the responsibility for the vulnerable including children and elders in our societies. We mustn’t lose sight of this during the post-pandemic recovery, and when we respond to new challenges. If we deliver more balanced, social systems which are better aligned, we will be far better prepared and able to progress the necessary changes and realise the benefits of the recovery at the local level.

On a personal level, all of us have been affected by the pandemic, and the separation from our families, friends, and networks. We are very grateful to the Czech government and agencies for looking after us. As a woman ambassador, regular exchanges with other women heads of missions in Prague, and with EU and other colleagues have been vital especially when travel and in-person meetings were on hold.

You have been working in the Czech Republic for three years. Can you share some of the highlights?

It was a challenge to transfer directly from being an ambassador to Denmark and Iceland, to the Czech Republic and being accredited to Ukraine up to last year. I had just a few short months as an ambassador here prior to the impact of Covid-19. Prague is an impressive, creative city at the heart of Europe, and it has many historic, innovative, and cultural strengths which complement Ireland.

Some highlights have included bringing our deputy prime minister (Tánaiste), Irish ministers and agencies together, some for the first time, with Czech counterparts. We have been delighted at the response to Irish creative talent which is showcased at literature, film, and theatre festivals, and exhibitions. In the lead up to the Czech EC Presidency 2022, both our countries are keen to step up our effective political, economic and business links. We work daily to strengthen connections and build alliances with partners within and outside the EU. We promote convergence between Irish and Czech ‘Like Minded’ positions on significant core issues which include the EU Recovery, Single Market, Free Trade, and Digitisation.

At the local level, Ireland is proud of the work and outreach of the Irish Studies Centre at Charles University which for many years has reached across the Czech Republic and Europe. Personal highlights have included the launch of the first Narrative 4 Educational Programme led by DOX Prague. N4 was founded by Irish writer Colum McCann in New York and reaches from the US to the Middle East, Africa to Europe. Here, N4 now involves hundreds of Czech teachers and students and includes Irish literature programmes from the ISC. My visits beyond Prague to Brno, Liberec and more reveal just how important it is to connect with Czech people.

Is there a positive connection between Ireland and the Czech Republic, currently as well as historically?

Former Czechoslovakia was a good friend of Ireland at the League of Nations when we worked towards independence post WW1. Czech and Irish histories reveal the considerable impact of occupation on our peoples. In the 20th century, Ireland actively sought membership in the UN, OECD and the EC in 1973. We opened a resident mission in Prague in 1995, and Ireland welcomed the Czech Republic during the enlargement of the European Union which took place during the Irish EC Presidency on 1 May 2004.

I remember how moving it was to witness the handover to the PM by a Czech child at the ceremony in Dublin. During the 20th and early 21st Century, Czech leaders including Vaclav Havel, writers and thinkers were in contact with Irish counterparts and influenced each other. During this century, especially with the common challenges we face, it is time to strengthen collaboration and align ourselves with the Czech Republic and like-minded partners on EU and geopolitical issues.

What would your message be to the next generations of ambassadors?

When I was starting out, a senior colleague advised me to stay curious and to read constantly. Finding experienced mentors is a must. More than ever, in the 21st century, leaders need to be listeners, as well as champions.

One of the very best aspects of this work is engaging with the current and next generation of Czech leaders and agencies, visiting towns and universities, and meeting with heads of faculties, teachers, and students. It is a vital part of our outreach to engage with the next generation and from the Czech students that we meet, the future of the Czech Republic is already in good hands. The best advice is to listen, learn, question and be committed to lifelong learning.

…and your message to all of us?

This interview has been a special way to share St. Patrick ́s Day. Our national day on 17 March has become a global celebration of our links with the Irish abroad, as well as the growing ‘Irish affinity’ diaspora. As a result of our international connectivity, St. Patrick ́s Day has become a time to highlight current and new connections, celebrate and expand our networks – and encourage all our partners and friends to visit Ireland and enjoy our very green island! I’d like to encourage your readers to contact us at the embassy – and look forward with my colleagues to new partnerships and friends.