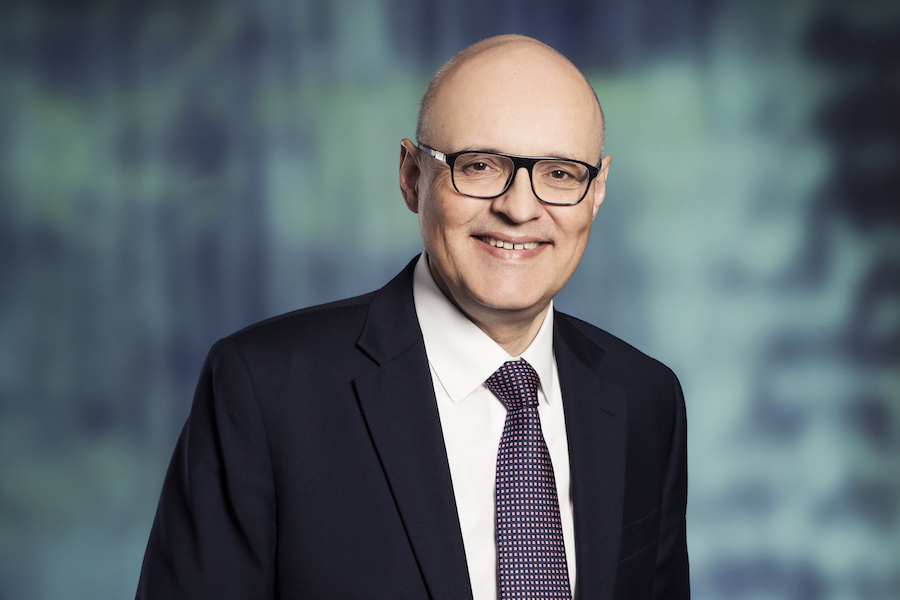 H. E. Dominik Furgler, the Ambassador of Switzerland in Prague

The relations between the Czech Republic and Switzerland are excellent. The 1968 post-Prague Spring Czechoslovakian wave of immigration to Switzerland being one of the key reasons. More than 14 000 Czechoslovakians immigrating to the Helvetic cross country created strong interpersonal, cultural and economic bonds that are still active today. Switzerland is also in a very unique situation regarding the European Union. It is not a member country but on the other hand, it is very closely related to the EU, as it is a member of Schengen, and has more than 120 agreements with the EU, including on free movement of people, goods and services.

Switzerland was one of the countries most hit by the coronavirus pandemic if you consider per capita statistics. The Czech and Slovak Leaders Magazine wants to show solidarity by providing an interview with the Ambassador to Prague, H.E. Dominik Furgler. Additionally, as a proud alumna of the Graduate Institute of International and Development Studies in Geneva, I have always regarded Switzerland a country very close to my heart. In fact, my family was planning to spend our Easter holidays there, so I could show the Institute to my children and my science-oriented daughter was looking forward to visiting CERN. Perhaps next Easter?

As of April 26, 2020, there have been 29 000 people tested positive for coronavirus and 1 337 deaths due to Covid-19 in Switzerland. On a positive note, Switzerland has been ranked as the 4th (out of 20) most innovative countries during the coronavirus pandemic. The Swiss’s efficient response in regard to assisting small and medium enterprises is another best practice to follow. The Swiss have also been successfully testing 16 000 people per day, which puts the rest of the often praised nations (such as South Korea which is typically given as an example) into the second-tier category. Furthermore, the testing has focused on the category of senior citizens, the extremely vulnerable group, unfortunately forgotten in many other countries, including the Czech Republic.

Our interview took place after Easter. On Tuesday, April 14, the Czech Republic had announced their exit strategy with regards to the pandemic measures and Switzerland was to announce its strategy on Thursday, April 16. We discussed how the nature of diplomatic work has changed with the Covid-19 crisis, Swiss responses to the pandemic and …

Mr. Dominik Furgler received a doctorate in law and subsequently joined the Swiss Federal Department of Foreign Affairs in 1985. Since then, he has held various positions, dealing with economic affairs, and bilateral and multilateral relations. He held the posts of head of missions in Egypt, the United Kingdom and since 2017 he has been serving in the Czech Republic. Ambassador Furgler is married to Mrs. Hayam Furgler and they have four children.

Mr. Ambassador, my opening question very much reflects the Covid-19 reality. Instead of strategies, visions and future plans, I will ask a very simple, yet important question – how are you doing today?

I am spending these days like many people who have an office job that you can perform on-line – I divide my time between home and office. Like many enterprises and embassies, we work in two teams that do not meet. Every second day I come to my office, the other day I work from my home, nevertheless following and supporting the other team closely. We need to securely provide information to the capital which is quite intense these days. During the first phase, our main business was to secure the repatriation of Swiss citizens. We were organizing this also with the help of Czech authorities. On the organized flights to Prague, there were also Swiss citizens. Reciprocally, we organized flights to Switzerland on which we transported Czech citizens. We focused on helping people to get home and answering questions to both Swiss citizens and double nationals concerning not only travels but also other safety and security provisions. We cooperate closely with the crises center in Bern working around the clock. We had to set new priorities, since all the activities that embassies regularly organize, such as events, workshops, discussions, had to be postponed. 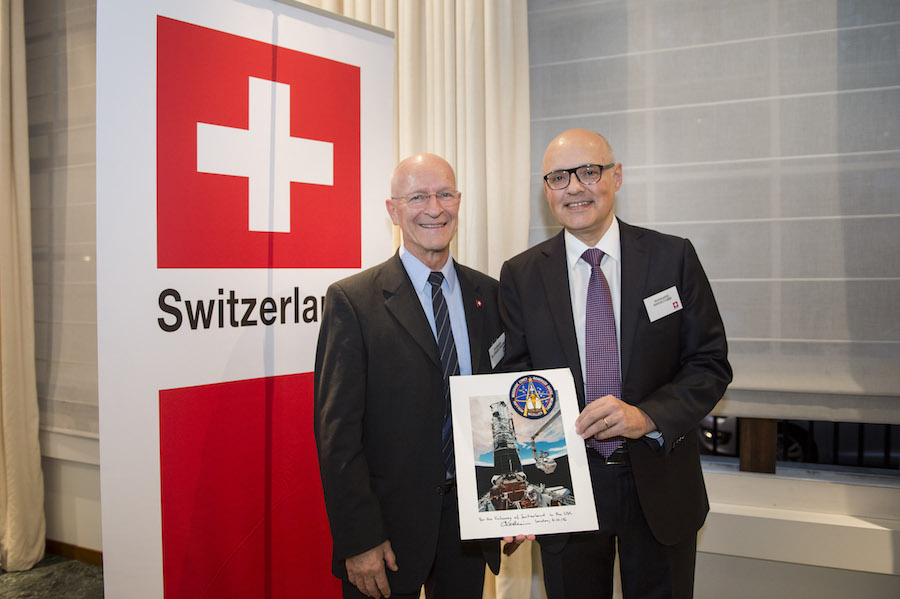 Let me discuss with you the new nature of diplomatic work. Events and networking cancelled. The repatriation is almost over, so your main agenda has concentrated to contributing to the exchange of information regarding the Covid-19 fight or is there more to it?

Fighting the pandemic truly requires international co-operation, so closely following the exit strategies of various governments has become crucial. We are following all EU states and the EU as such, even though we are not an EU member. I can say that with regards to the Covid-19 crisis, we are fully integrated because we are a Schengen zone member and this pandemic has a lot to deal with regarding free movement, borders, and its control and protection. Even though the cases differ from country to country, there is certainly a lot of inspiration. The fact that the mass repatriation ended does not mean that we do not have citizens in need of assistance, albeit in smaller numbers. Now, we are addressing the issue of slowly opening borders, particularly when it concerns people critically needed for the infrastructure. Many enterprises demand experts from other countries to visit and this requires our guidance and support.

In reality, only the Czech Republic and Belgium have closed their borders completely, while Switzerland kept them open. I presume that there is still some movement of people.

You cannot enter Switzerland at your own discretion. Strict conditions apply. In order to enter Switzerland, you need to present either a work or residence permit. Visiting for shopping or tourism is not allowed. The Czech Republic had a tough ban in the early stage of crisis and the soft opening in the middle of April created a lot of expectation from businesses. Many enterprises started asking about the possibilities of working permits. The Czech Republic had special permits for cross border workers, but these did not apply for Swiss companies, as we are not neighboring countries. Exceptions are still applicable for people who work for critical infrastructure. A top-level expert from a pharmaceutical company might be critically needed in the Czech Republic. Then it is up to the Czech company to deal with Czech authorities to present its case and I cannot interfere. On the other hand, if a Swiss company needs a Czech IT or nuclear energy specialist, the Czech authorities require a diplomatic note confirming that it is the case of critical infrastructure for Switzerland. I also need to confirm that the hygiene rules, such as wearing masks and enforcing social distancing, will be in compliance with the Czech laws. If I provide such documentation, the person can return back even without entering a quarantine. This concerns visits up to 14 days.

Who would have guessed six weeks ago, that this administrative nature of work, very often underestimated when compared to classical diplomatic work, in form of public diplomacy, trade relations or cultural diplomacy, would gain such prominence?

From this point of view, it is the classical crisis management. This is not the first crisis for me, as I was the ambassador in Egypt during the Arab Spring. Crises happen unexpectedly. And yet, crises also happen due to accidents and terror attacks which evolve very quickly, within a couple of hours, and require immediate attention and reactions to various groups, such as the headquarters, media and families. The Covid-19 crisis was not expected, but it has evolved at a relatively slower pace. On one hand, it was easier to handle but on the other hand, it is going to last much longer. 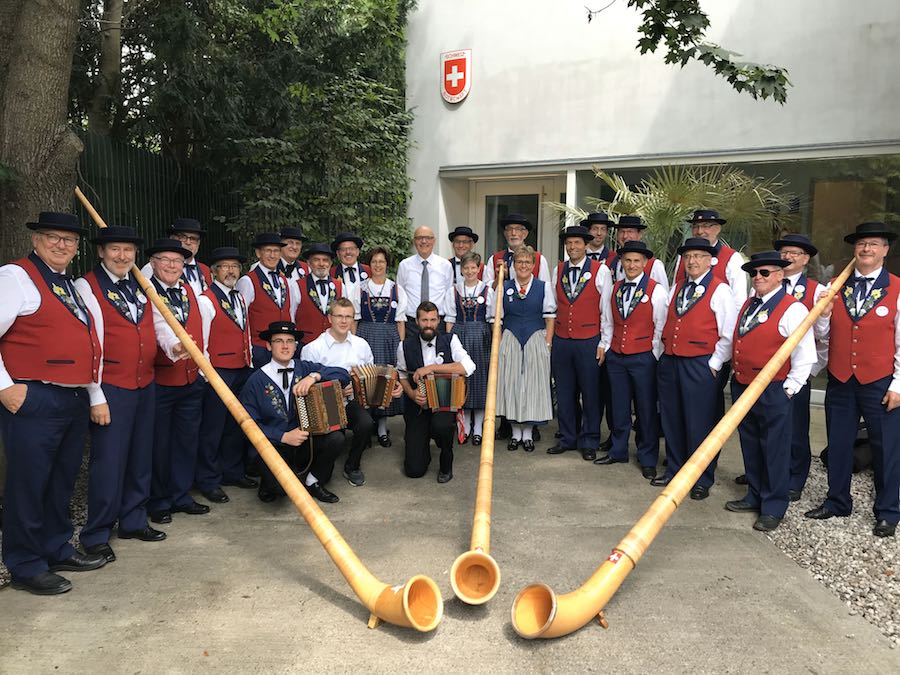 If we are to compare and contrast the Swiss and the Czech response to the Covid-19 crisis, one major difference that Switzerland deserves to be praised for is the efficient help to small and medium enterprises (SMEs).

I think the Swiss response is a very good one. Not only with regards to the availability of the funds, but also about the rather unbureaucratic nature of processing. It took less than a week for the government to present a package helping SMEs and also big organizations. SMEs represent 99% of Swiss economy, so it is the true backbone. SMEs could access money within half an hour. They went to their banks, filled in a very easy form which took less than 10 minutes and within the next 30 minutes, the bank would release the money. Up to 500 000 Swiss francs interest-free for five years, above this sum there is an interest rate 0.5%. The banks provide the money, so there is no burden on the actual state budget, with the state guarantee backing them up. The prediction of the Finance Minister is that 90% of the credits will be paid back after five years. For the rest, the state would guarantee. The overall package is about 40 bn Swiss francs. 10% of unpaid debt corresponds to 4 bn over five years, which means 800 million Swiss francs per year.

How do you think the Swiss society is responding the situation? In the Czech Republic, we have seen entrepreneurship thriving, incredible solidarity, people sewing masks, shopping for seniors and many other activities.

Our society’s response is similar, except for the masks which are not compulsory in Switzerland. There are many initiatives by private companies, artists, collecting funds. We have the organization called The Chain of Happiness. Whenever there is a catastrophe in the world, they collect. Within just one day, they managed to collect 25 million Swiss francs for immediate help, now they are at 35 million. Even with all the state assistance, there are always people who fall through the safety net. Roger Federer himself donated 1 million Swiss francs for the most vulnerable families. Many activities are designed to boost the morale of the people. Last but not least, the government was very pleased with the responsible behavior of people during the Easter holidays.

Let us look forward to the post-Covid-19 period. What are the main activities and events that you will pursue?

On the political level, I truly want to secure a bilateral exchange visit of the ministers of foreign affairs. Mr. Petříček was scheduled to visit Bern on May 5. We have not had such a bilateral exchange for many years. The ministers had met during multilateral meetings. I am looking forward to securing a visit where we can more deeply explore the potential for mutual relations and further identify future projects for cooperation. Our excellent relations tend to overlook the importance of bilateral meetings simply to discuss various issues. I see many areas where the Czech Republic and Switzerland are like minded, such as the rule of international law or human rights and these could be further expanded in bilateral political cooperation.