I Am Privileged to Serve in a Like-Minded Country 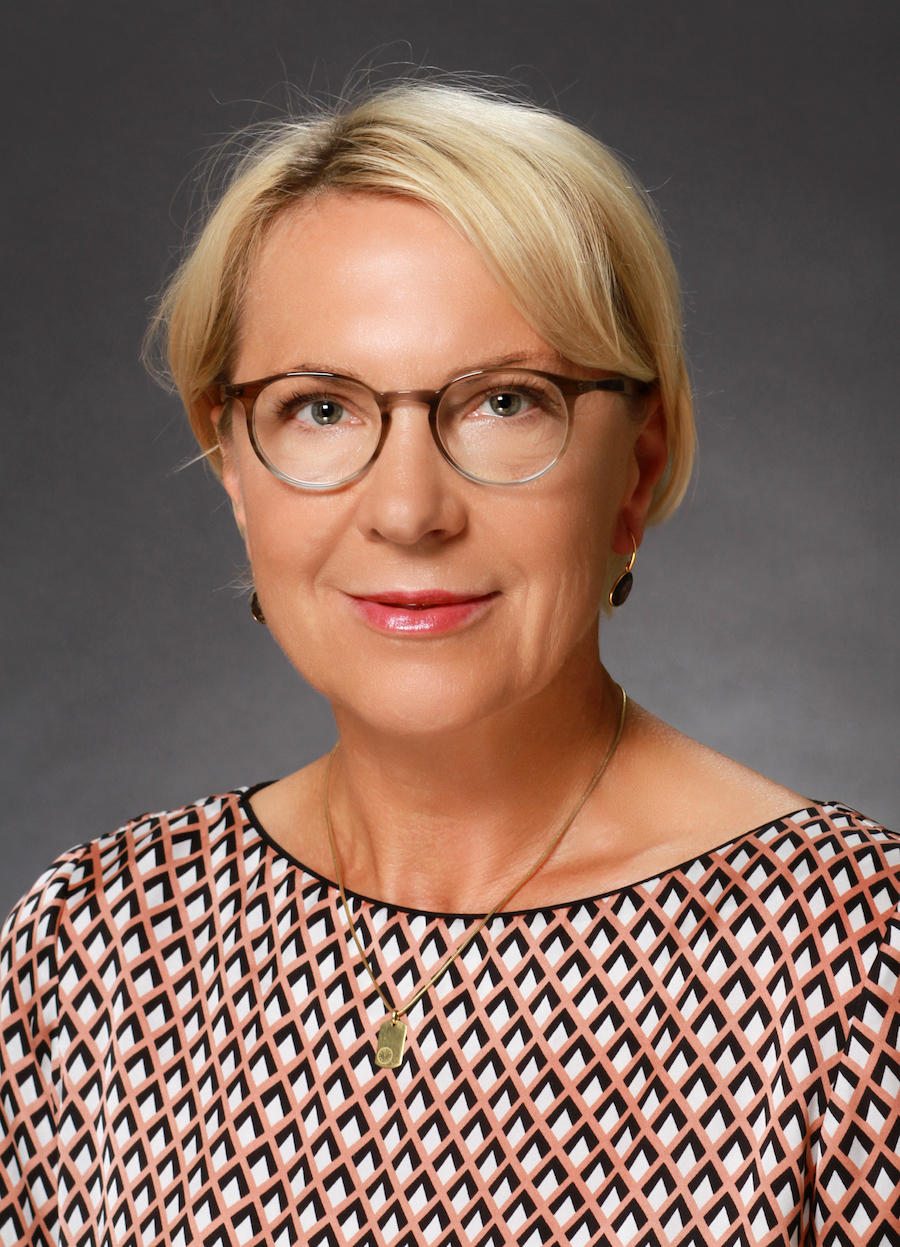 H.E. Gunta Pastore, Ambassador of Latvia to the Czech Republic

What comes to your mind when you hear Latvia?

Latvia deserves attention that goes beyond the “one of the three Baltic states” characteristic. According to the Lonely Planet guide, Latvia has much to offer, beyond its forests and architecturally rich cities and towns. The capital Riga, which is listed as a UNESCO heritage site, is famous for its art nouveau architecture, comparable to Vienna, St. Petersburg or Barcelona. The endless golden sandy beaches stretching along 500 kilometres coastline might be the second reason and a nice surprise for the first-time travellers. Economically, Latvia like Estonia has been quick with regards to high-tech development. Historically, next to the Czechoslovak Velvet Revolution, Latvia prides its history by the peaceful Singing Revolution which started already in 1987 and called for Baltic emancipation.
H.E. Gunta Pastore has served her country for 25 years; since November 2018 she has been the Ambassador Extraordinary and Plenipotentiary to the Czech Republic. She holds three degrees and her Ph.D. thesis addressed the EU’s foreign policy and how small states can punch above their weight in EU.
We both exchanged experiences on what it meant to serve in diplomacy during the foundational times, when our countries were joining EU and NATO. However, soon our discussion turned to future challenges represented by EU unity or hybrid wars, the need for technology and innovation and last but not least women empowerment. Did you know that Latvia has above the average representation of women in the parliament, which is at 30.4 %? It also has the highest proportion of women in managerial positions (53%) and the highest proportion of women holding a doctoral degree in the world (60%).

What is the current status of Czech-Latvian relations?

I am happy to represent my country in the Czech Republic. We are friends and close allies. Both countries are members of EU and NATO and our views on many topics are almost identical. Our societies are vibrant; our people are hard- working and creative. This year we commemorate 30 years of the Baltic Way in Baltic States and 30 years of Velvet Revolution in the Czech Republic. In 30 years, both Czechs and Latvians have achieved a lot. Our successful development is based not only on own efforts, but also on the stability of international rules-based system. Today Latvia and the Czech Republic work together in the EU to advance competitiveness, cohesion, internal market, digitalization, to respond to hybrid and cyber-threats. We strongly support EU neighbours, including the East neighbours. Membership to NATO is essential for our countries. This year the Czech Republic celebrates 20th anniversary of accession to NATO and Latvia its 15th anniversary. Czech soldiers are part of the NATO battle group in Latvia and we are thankful to Czech pilots safeguarding the Baltic airspace. All this is a great signal of solidarity which is strengthening our region. The task of the embassy is to bring our people, represented not only by politicians, but also businesses, experts or artists, together. For me it is a great experience to work together with the Czech Foreign Ministry. Czech diplomats are open, skilled, cooperative and efficient.

What is the current country brand of Latvia? How did you manage to transform it from the geographical or historical definition of the post-Soviet Baltic state?

We are pragmatic EU and NATO member, and we belong to the Nordic Baltic region. We value the rule of law and human rights. I am proud that the former Judge of European Court of Justice Egils Levits has been elected as the new President of Latvia. Latvia is a green country combining rich cultural heritage and innovative spirit. We call our approach “Greenovative”, inspired by nature, advanced by scientists and put in practice by entrepreneurs. Latvia is a data driven nation, among global leaders in IT speed & consumption, our annual ICT sector growth is 15%. I am proud to say that our country is the ninth most literate nation in world, more than 60% of population speak three languages. Last year we celebrated the centenary of the Latvian statehood. The “Latvia 100” celebration was a genuine nationwide movement. The Latvian Song and Dance Festival 2018 was attended by 40,000 people. The festival is on the UNESCO Masterpieces of Oral Heritage list.

What are the challenges for your country? Are there any challenges specific for post-communist countries? Regarding the discourse before the EU parliament elections, some “old” EU member states brought back the “old” vs. “new” division between the member states.

I see all the myths regarding any imaginary divisions within the EU being dangerous. There are many potential divisions, including north vs. south or divisions on migration or convergence issue. Latvia wants to be a constructive EU and NATO partner and I see the same approach in the Czech Republic. After 15 years we are mature members of the EU and both countries have held successful Presidencies of the EU Council. The Baltic states are also eurozone members and they cooperate closely with the Nordic countries. When I came to the Czech Republic, I realized that the Czechs do not view their past as negative trait since the past gives us the opportunity to appreciate and take care of what we have achieved. Our people tend to look forward instead of backwards, our people are not tired of living in democracy, they are curious and full of energy.

Let me turn to your personal career journey. You have three degrees, studying at Vienna Diplomatic Academy, being a guest researcher at the Swedish Defense University in Stockholm, confirm the popular saying “learning being the new fitness”.

However, international studies are my true and unending area of interest, so after the regime change, I started to study political science, international relations and security studies. Diplomats need to learn constantly as the nature of the work evolves. Today we need to learn about cybersecurity or technological innovations.

How do you manage work-life balance? Being an ambassador sometimes entails two full time work loads. Working during the day, attending events in the evening and reading Financial Times before you go to bed.

I understood and learned the need for balance. I make sure to do a lot of physical activities to recharge my batteries. I also spend enough time withmyfamily.

Latvia seems to be the country for women. It follows the trend of Nordic countries having high proportion of women both in parliament as well as in managerial positions.

Women and men had equal rights to vote and be elected from the first day of foundation of Latvia in 1918, similarly to Czechoslovakia. With regards to the Ministry of Foreign Affairs, we have mostly women diplomats. We still have some stereotypes to challenge or the gender pay gap to address but I can see the situation changing and evolving very fast. Moreover, the country has already had a female President and Prime Minister. I believe that the future belongs to women.

What are your final words for Czech and Slovak Leaders Magazine readers?

Come and experience Latvia yourself. You will see how much in common our countries have. As the Czech Republic is now rebranding “the country for the future”, we also follow the trend and concentrate on our green innovations and technologies. Enjoy our capital Riga and profit from the sea. I hope you will feel there like it’s your second home which is exactly how I feel in the Czech Republic. We are indeed like-minded countries.