“Being an Ambassador means being the face of your country abroad” 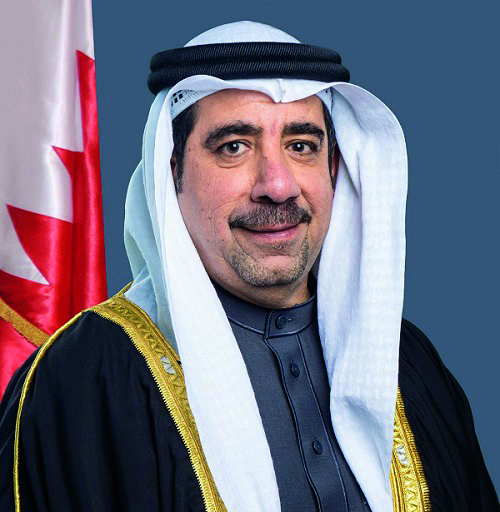 H.E. Abdulla Abdullatif Abdulla, Ambassador of the Kingdom of Bahrain

The Kingdom of Bahrain is a small, archipelagic country on the Arabian Gulf, mostly known to Czech people as a holiday destination. Bahrain’s economy benefits greatly from its rich natural resources, but it is also leading in its financial services, technology innovation, logistics, and tourism sector to diversify its oil-based economy. It is also home to the world’s largest aluminium smelter ex-China. Since 2019, the Non-Resident Ambassador of the Kingdom of Bahrain to the Czech Republic has been Mr. Abdulla Abdullatif Abdulla. 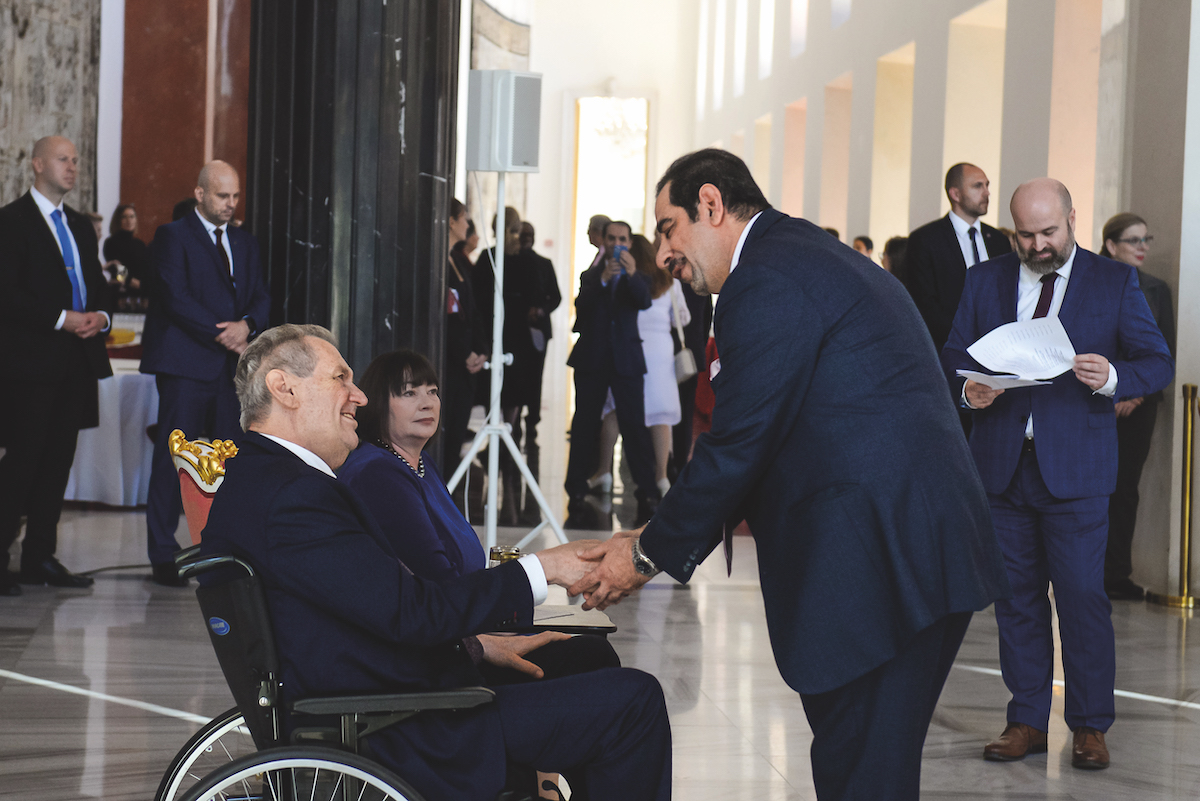 This interview is done on the occasion of your National Day. Do you have any wishes for your country?

On the occasion of the Kingdom of Bahrain’s celebration of the National Days, in commemoration of the establishment of the modern Bahraini State as an Arab and Muslim state, founded by Ahmed Al Fateh in 1783, and the anniversary of His Majesty the King’s Accession to the Throne, I congratulate His Majesty the King, His Royal Highness the Crown Prince and Prime Minister, and the peoples of the Kingdom of Bahrain on this national celebration, and wish my country further prosperity and progress on all levels. I also wish the Czech Republic and its people happiness, health, and prosperity.

Can you please tell us about yourself?

I have a Master’s Degree in Business from Strathclyde University in Scotland. I am a humble and social person, which I believe are important characteristics for being a successful Diplomat. Aside from serving in London as a diplomat and Deputy Head of Mission, an Ambassador at the Permanent Representation of the Kingdom of Bahrain to the United Nations offices in both Geneva and Vienna, and Ambassador to the Federal Republic of Germany, I also served as Undersecretary in the Ministry of Foreign Affairs from 2009 to 2017. Holding the position of undersecretary was an exceptional opportunity to serve my country, and had allowed me to learn a great deal in the diplomatic field.

What made you become an Ambassador?

Hard work, dedication, and passion towards what you do are always the driving factors. The desire to not only represent Bahrain on a bilateral or multilateral level but to increase knowledge about it, and also to promote Bahrain and all the existing opportunities it has to offer (the rest of the world).

How many countries have you served in so far?

I served in London as a Deputy Head of Mission for five years from the year 2000 to 2005. In 2006, I was appointed as the Permanent Representative of the Kingdom of Bahrain to the United Nations offices in Geneva and Vienna, and Non-Resident Ambassador to Austria, until 2009. In October 2017, I was appointed as Ambassador to the Federal Republic of Germany, and Non-Resident Ambassador to the Czech Republic, Bulgaria, Poland, Hungary, Finland, Romania, and Slovakia.

Can you give a piece of advice to the next generation of Ambassadors?

Being an ambassador means being the face of your country abroad. Everything you do, do it with passion and love for your country in mind. Building bridges and new relationships, seeking opportunities that will benefit your country and people, as well as the other (country), and reflecting the true Bahraini values while abroad is of utmost importance for any ambassador.

How does being an ambassador fit into your lifestyle?

Learning about the different histories and cultures of countries has always been interesting to me, and it is something I like to experience hands-on. Being the Ambassador to the Federal Republic of Germany, and a Non-Resident Ambassador to seven other countries, all of which I have visited whether for work trips or on holiday, has given me this opportunity.

Bahrain is known as a great holiday destination. How do you promote your country?

Bahrain has always been a tourist destination for people all over the world. The diversified historical and cultural aspect of Bahrain, along with its archaeological and historical sites, which reflect its rich history and civilization, has been the main attraction to tourists travelling from both the East and West. Bahrain is known for its religious tolerance and freedom. The historic visit of His Holiness Pope Francis and His Eminence Sheikh of Al-Azhar to Bahrain this month reflects the Bahraini values of peace, coexistence, and mutual acceptance. Tourists and visitors to Bahrain, no matter their faith, religion, or background, will feel the authenticity and openness of Bahrain. Christians, Jews, Hindus, Buddhists, and Muslims of all sects all have their highly respected places of worship.

The Kingdom of Bahrain also hosts international events, which witness thousands of visitors and attendees from all over the world, like Bahrain’s success in hosting and organizing the Formula 1 World Championship since 2004, and many more international exhibitions ranging through economic, cultural, and environmental (themes), like the Bahrain International Air Show.

What is the current status of Czech – Bahraini relations?

The Kingdom of Bahrain and the Czech Republic first established diplomatic relations on 14th June 1994, and since then both countries witnessed the building and strengthening of their bilateral relations in many fields. Up until now, both countries have signed a number of agreements and memorandums of understanding in various sectors, like investment, transport, health, and others. Our relations have also witnessed the exchange of high-level visits. The Kingdom of Bahrain acknowledges the potential in strengthening and increasing our bilateral relations with the Czech Republic to further heights, and in exploring new ways in which our countries can work together to advance our shared interests.

The presidency of the Czech Republic in the EU Council started in July this year. What are your opinions in this regard, as a Bahraini diplomat? 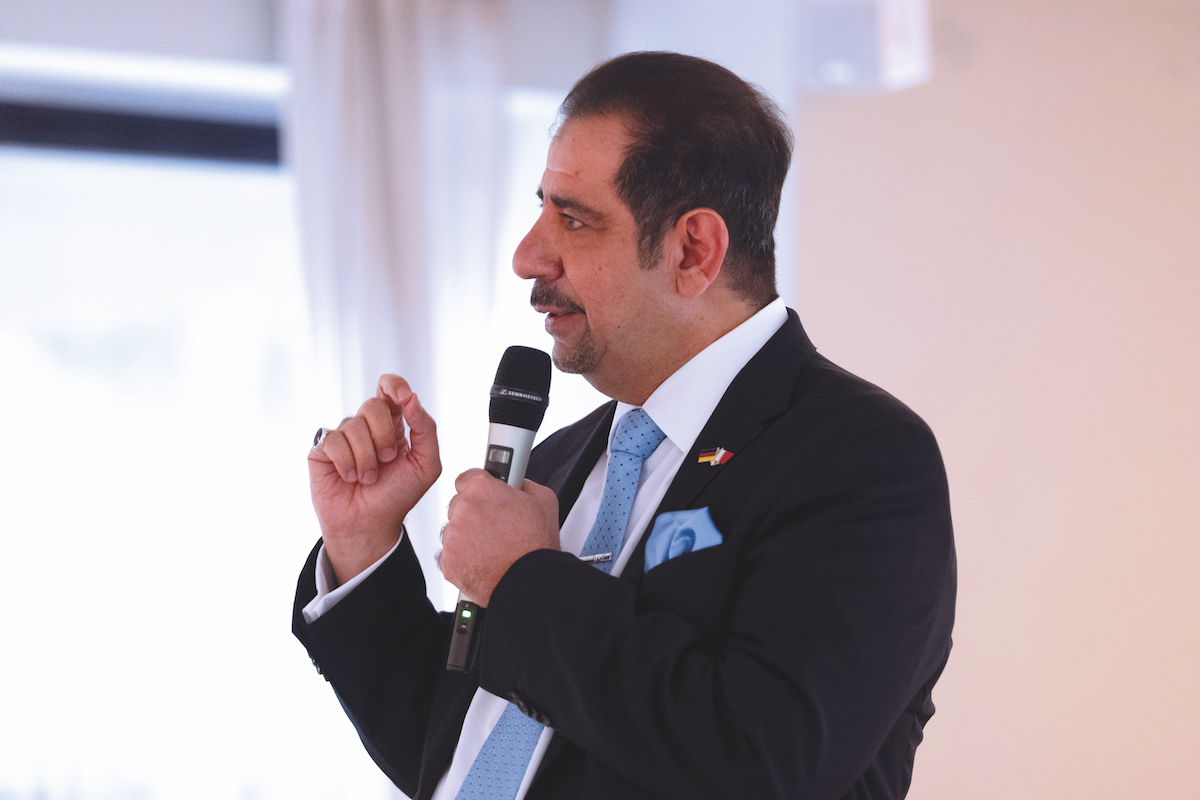