“Spain is a country of great diversity” 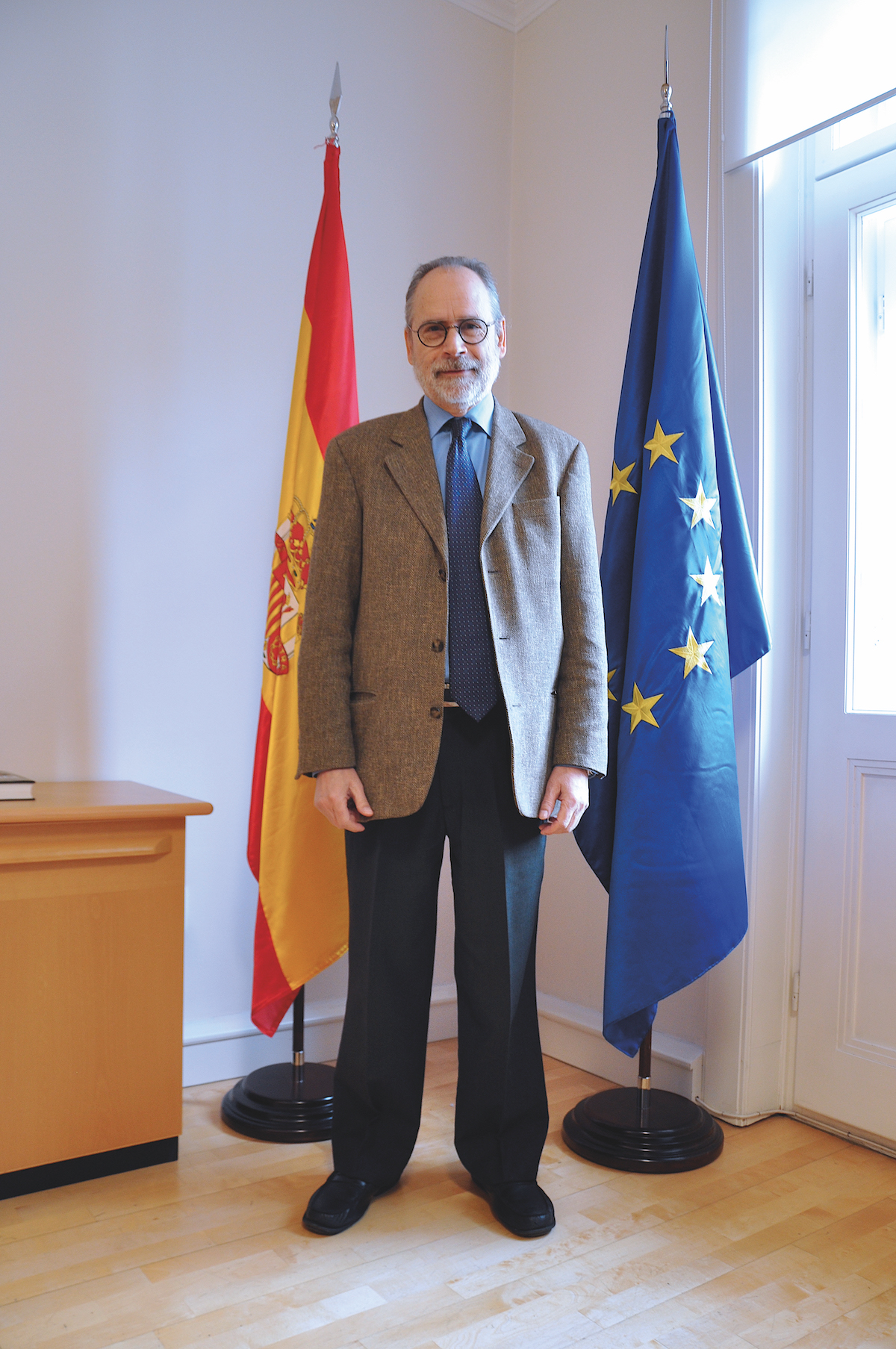 The new head of the Spanish Mission to Prague, Mr Alberto Moreno Humet has just arrived in the country. During our brief interview we unfortunately forgot to ask his opinion on the common Czech meal “španělský ptáček” (Spanish birdie), but have managed, on the other hand, to learn a bit about his first impression of the Czech Republic, the diversity of Spain, and the increasing possibilities for learning the Spanish language at Czech schools.

You have just arrived in the Czech Republic. Can you introduce yourself and tell us about your first impression of this country?

I was born in Barcelona, and have studied Journalism and International Relations. I became a diplomat in 1985, and have made most of my career in Europe. Only at the beginning, when I still was a young diplomat, I was sent to Angola. Since then, I have always been appointed in Europe: Luxembourg, Belgium, Andorra, France, and currently here in the Czech Republic.

Czechia is a wonderful country, and I am impressed by the city of Prague, where walking around is a pleasure. Clean, nice, and with a great care given to the houses and the monuments. There are also many parks. It is a nice place to get lost in.

Besides the possibility of getting lost in a strange city, are there any other difficult parts of being an ambassador?

In my opinion, there is no part more difficult than the rest. It really depends on the country you are sent to, on the level of bilateral relations, the existence of an open conflict, etc. What you have to do as an ambassador is to deal with these situations and be prepared for any changes that may occur.

I admit Angola was difficult in 1985, and there were many situations we could talk about, but overall, it was an interesting experience.

Spain, with its sea, mountains, and cultural heritage is a great holiday destination. How do you promote your country in this regard?

We try to show the great diversity of our country. Spain is a country of beaches and sun, wine, guitar, and flamenco, but Spain is also so much more. We drink wine, but we drink even more beer, we play the guitar, but we also play the bagpipes, we have a lot of sun, but also big mountains and a lot of rain in the north. We speak Spanish, but also Catalan, Galician, and Basque, we have a very rich culture and many different cultural traditions. That is Spain. And much more.

How do you characterize the status of Czechia-Spain relations?

The relations are very good, and they are further improving. We are strengthening our political and economic ties. Both countries are an important partner for each other.

Spanish tourists are coming to the Czech Republic in large numbers, and we hope that very soon we will reach the level we had before the COVID-19 situation. The same can be said in relation to Czech tourists coming to Spain.

The presence of Spanish language and culture in the Czech Republic is constantly increasing in the formal school system and in higher education. There are six Czech-Spanish public bilingual secondary schools all over the country as a result of the great cooperation between both countries, and Spanish is studied as a second or third foreign language in more than 150 primary schools and 250 secondary schools.

The presidency of the Czech Republic in the EU Council started in July. What are you, as a representative of your country, expecting?

I expect a good presidency, and the Czech government is succeeding in doing so. Our prime minister and many ministers have already been here, and everything has been very well organised. So far, we have had no problem. We are following the Presidency very closely, because all this experience will be useful to us soon since Spain will hold the EU Presidency in July 2023.

For a diplomat, being present in the presiding country always means even less free time than usual. Therefore, I cannot rest much right now, and my hobbies, like walking and spending time with my family and friends, will have to wait. Now, as I was saying before, our relations are very good, but I would like to improve them even more.