“We are the largest Czech embassy in the world” 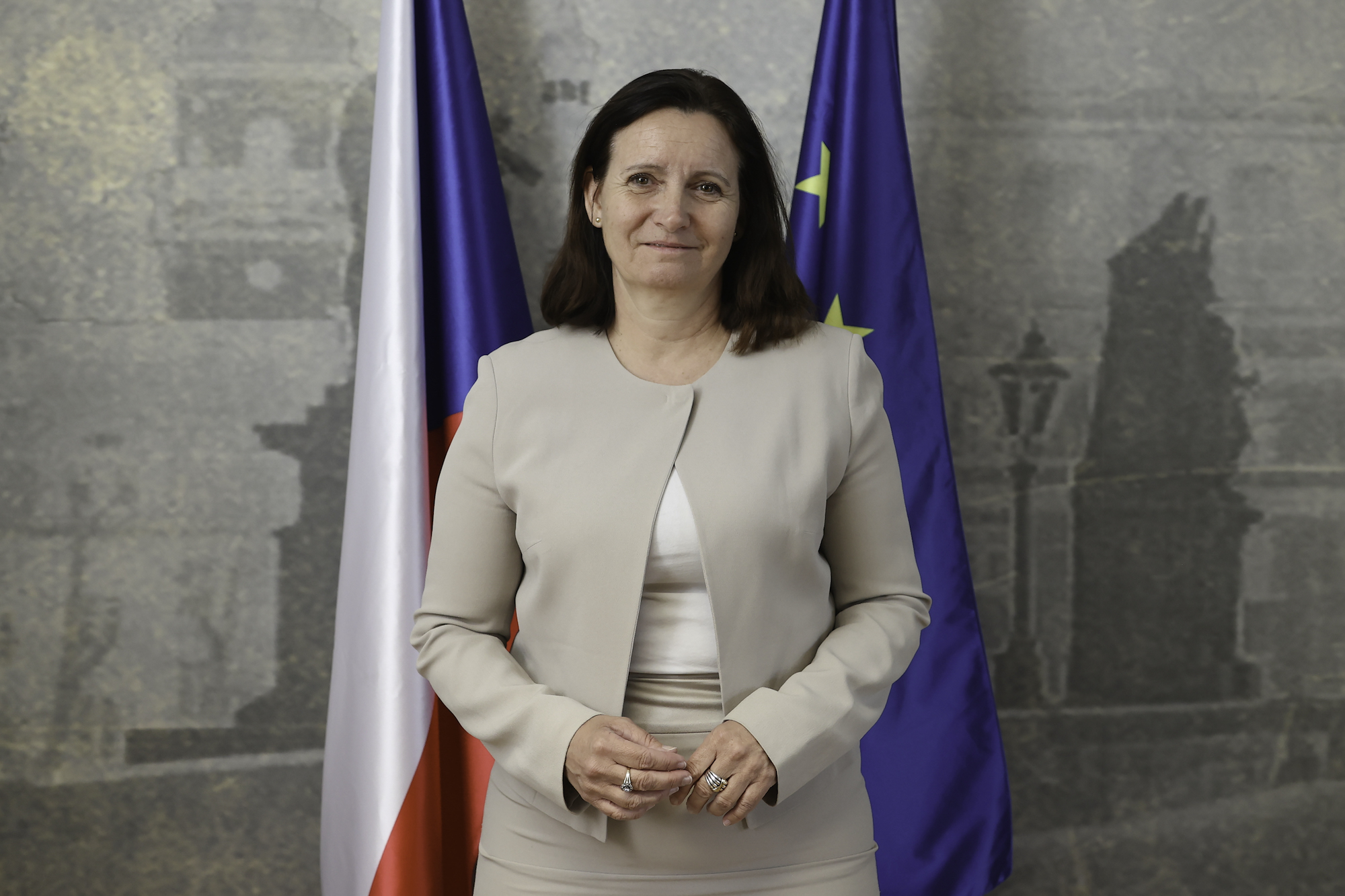 H.E. Edita Hrdá, Ambassador, Permanent Representative of the Czech Republic to the EU

Edita Hrdá joined the Ministry of Foreign Affairs of the Czech Republic in 1992 and the list of her work experience is impressive. Since 2020, she has served as the permanent representative of the Czech Republic to the EU and the COREPER II Committee. She speaks English, German, Spanish, French, Russian… and of course her Czech mother tongue. With about 2,000 formal working meetings already taking place during each six-month period, the Czech Representation ́s workload is increasing even further due to the upcoming EU presidency. Does she think the size of her staff is enough to handle the job? What events can we expect in connection with the presidency? And which famous Woody Allen quote did our question bring to mind for her?

Do you consider having a staff consisting of 250 people to be sufficient enough to fulfil the mission of the Permanent Representation to the EU?

Since taking office, I have often been asked whether we are spending too much or too little on our presidency. My answer has always been the same: I á priori reject this approach. There have been presidencies in the past that, despite having large budgets, have achieved little; likewise, presidencies of some smaller countries are remembered with reverence.

When you ask whether a staff of 250 is too big or too small, it is important to note that France, who is currently presiding, is working with at least double that amount of staff. However, Sweden, who will be taking over the presidency next January, intends to employ the same number of staff as us.

In my opinion, the most important thing to understand is that the key topics of the last few presidencies did not come about as the result of long preparations; instead, they were dictated by the times and the prevailing situation. The countries holding the presidency needed to react to them, and no doubt a similar situation awaits us too.

I am confident that not only our diplomats, but also the European sections of our ministries, are well prepared to face up to this challenge.

Can you tell us more about the organizational structure of the Czech Permanent Representation?

The Permanent Representation of the Czech Republic to the EU in Brussels is by far the largest Czech embassy in the world. I have no fewer than three deputies who hold the rank of ambassador, which in itself indicates the importance of their agendas.

In fact, some of the topics covered by the Permanent Representation are so specialised and technical that all we must know is how to rely on the specialised guidance we receive from our experts in Brussels and expert teams in Prague.

The internal organisation of the Permanent Representation reflects the way work is organised in the Council of the EU. Our team is divided into departments, corresponding to the individual Council formations, and into working teams based on crosscutting topics. We also have a team for the logistical coordination of the presidency, and our organisational and technical support team (i.e. our„rear guard“), which plays an important role.

The embassy may give auspices to some of the special events that will take place during the Czech presidency. Can you mention a few?

The Permanent Representation will organise and co-organise a range of cultural and social events and workshops in Brussels to raise the profile of our presidency. We are working closely with the Czech Centre, the Prague House, Czech regional representation offices, and the European Parliament on these activities.

Examples of upcoming events include the Emil Zátopek Run in July, accompanied by the Zátopek film screening; concerts in September, October and December featuring leading Czech orchestras and musicians; Václav Havel‘s Dialogues; a number of photography exhibitions; a conference on anti-Semitism; and a seminar on mediation. In addition to these activities, we will also lend our support to several events linked to our presidential priorities, which will be organised by Brussels-based think tanks and the EU institutions. The final programme will be available by early June.

How does the model of the “trio” of the rotating presidencies work?

The aim of the “presidency trio” is to maintain continuity between the various rotating presidencies. Prior to the start of the first member’s presidency, the three members of the trio coordinate their teams, define a common agenda and priorities, and present a joint document known as the trio programme. More regular consultations take place during each of the three presidencies, both between the permanent representations in Brussels and at the capitals level. As I said, the trio programme is based mainly on common priorities set by the three member states, but also on current legislative files, the negotiation of which is gradually handed over from one presidency to another.

As the Head of Mission in the EU, you represent the Czech Republic at the COREPER II. What are your responsibilities in this role?

My main task as Head of Mission is to coordinate the work in the Permanent Representation, in close cooperation with not only the Office of the Government, the Ministry of Foreign Affairs, and other individual ministries in Prague, but also with the European Commission, the General Secretariat of the Council, the European Parliament, and other institutions. Communication and cooperation with the ambassadors of other member states is also a key feature of the role, not to mention cooperation with the embassies of non-EU countries. As you point out, an important aspect of my role is representing the Czech Republic at COREPER II meetings. The main aim of these meetings is to prepare the work of the Council in areas such as justice and home affairs, economics, and finance.

As chair of COREPER II during the Czech presidency, my role will be to foster consensus among the 27 member states on key legislative files and to seek unity on critical current events (such as the situation in Ukraine following Russia’s aggression), as well as to coordinate the preparation of European Council meetings. However, let us not forget that COREPER meetings are just the tip of the iceberg – as ambassador, I represent a dedicated team of people who invest a huge amount of time, effort, and expertise to prepare files and keep the work of the Council on track.

What do you believe will be the biggest Czech EU Presidency achievement, and have you set your own personal goals with regard to it?

This reminds me of Woody Allen’s famous quote: If you want to make God laugh, tell him about your plans.

At the moment, we do not yet know what we will be dealing with in July, and what October will bring us. Next January, I will be more than satisfied if Brussels and the capitals of the Member States say that the Czech Republic has demonstrated a high degree of professionalism in its presidency of the Council. I hope they will say that not only did we react effectively to unforeseen events and emergencies, but that we also managed to get the ball rolling again on key issues that, due to COVID-19 and the war in Ukraine, had either slowed to a crawl or stalled completely over the last two years. I would also be happy if the presidency was perceived as one that fostered European unity and did not create any divisions.