“I seek the points of common interest” 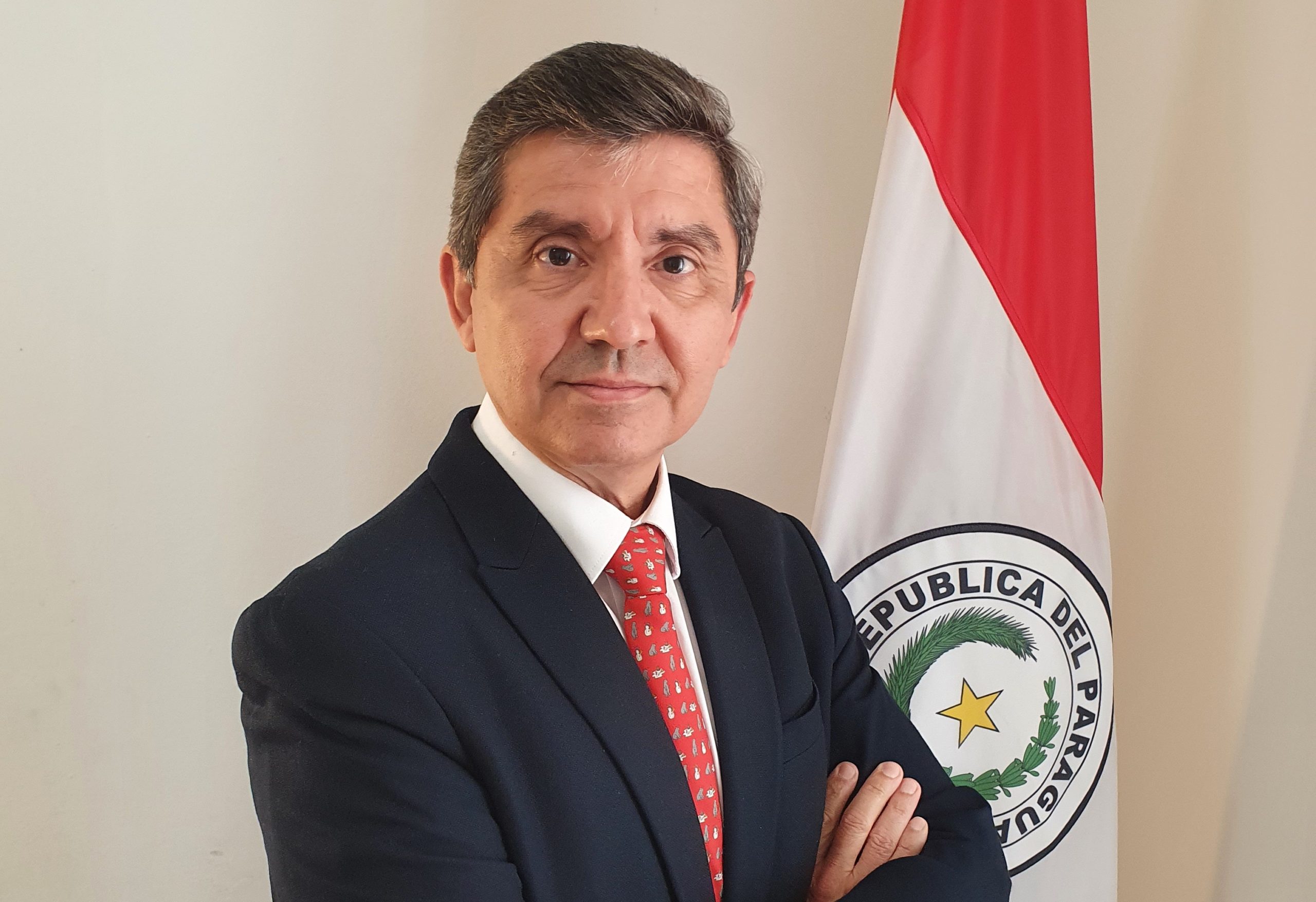 Among all the ambassadors featured in this issue, the Ambassador of Paraguay, Juan Francisco Facetti, is the only one based not in Prague but in Vienna. However, he does also express the same admiration for our capital city of Prague, in his case accompanied by the same admiration towards the contribution of Czech researchers to science. He is a former Paraguayan minister of environment, and in Vienna he also serves as a permanent representative of Paraguay to the United Nations and other international organisations. Like many other educated and experienced personalities, he is quite modest to say: “I am no one to give any advice or counsel. I can only show our good and bad experiences.”

You are based in Vienna. Do you remember your first visit to the Czech Republic, and the impression you got from it?

I first visited Prague as a tourist in 2014. My wife and I came with a couple of friends to see the city and we fell in love with its life, history, and culture. In addition, for many years I had already known about and admired the contribution of Czech researchers to science, particularly organic chemistry with Loschmidt, biochemistry of carbohydrates with the Cori husband and wife team who won the Nobel in 1947, and analytical chemistry with Heyrovský, who developed an instrument that allowed us to detect adulterations in food.

To change the subject a bit, my first hunting gun was a CZ Brno bolt rifle, which I still have to this day because of its reliability and accuracy. I have always followed the technological development of defence production in the Czech Republic, and I admire how it remains on the frontier of innovation.

What was your path to becoming an ambassador and has it influenced your priorities?

What allowed me to develop skills in this matter was the combination of my education in environmental chemistry, being a researcher in this field, and having experience in foreign affairs – science diplomacy in particular. Of course, the communion with the vision of the government regarding multilateral issues dealt with from Vienna, alongside the bilateral agenda to be promoted with the concurrent countries (also from Vienna) is necessary.

There are areas that require more effort than others, however. I have given high priority to the promotion and development of bilateral relations in terms of strengthening ties between public and private research and innovation institutions, as well as the academy. It is something very natural for me and I can see, thanks to the experience I have had working with European universities, what the points of common interest are between European and Paraguayan universities in terms of mobility of scholars, researchers, and undergraduate and graduate students.

Which step of your career do you perceive as being the most adventurous?

For me, the greatest and best adventure in life is to pursue personal and professional achievements. In that sense, I have had several very positive and enriching adventures or experiences in each country I have lived and worked in. In Belgium, consolidating my marriage, since I arrived there to do my postgraduate studies having just gotten married to my wife. In Paraguay, developing laws, tools, and institutions that made it possible to stop the deforestation of the Upper Parana Atlantic Forest and conducting research on environmental pollutants that affect aquifers, which enabled us to ban their use. In El Salvador, living so comfortably among people who have such a great love for God and family. In Haiti, meeting very humble people with a deep love for themselves, with a very rich culture. In Ecuador, discovering a country so rich in culture and biodiversity – the same can be said of Bolivia.

Should I point out the single weirdest thing I have ever experienced, it would be the human mind. It is a challenge to understand the positions and interests of rulers and negotiators of states in order to, from there, take the necessary steps to favour decision-making and also defend the interests of my country.

How would you describe the status of Czech – Paraguay relations?

The diplomatic ties between the Czech Republic and Paraguay date back to 1936, when the Central-Eastern European country was still known as Czechoslovakia. Since 1991, and with the signing of a joint communiqué, Paraguay and the Czech Republic have been deepening their relations and expanding cooperation in all areas such as commerce, culture, education, sciences, sports, and tourism.

Since 2016, our countries have been working on further consolidating our commercial and cooperation ties. There is huge interest in accessing unexplored areas of each country‘s markets and becoming stronger partners in the existing ones. In this regard, Paraguay‘s policies have been evolving to facilitate foreign investment, which has sparked the interest of Czech companies.

We are also working on expanding cooperation with the signing of agreements and memorandums of understanding in order to allow scientific and technical cooperation, as well as educational and professional exchanges, between renowned Czech and Paraguayan institutions.

You are a former minister of environment and an expert on environmental issues. What advice would you give the Czech Republic in this regard?

I am really sorry, but I am no one to give any advice or counsel (on this topic). I can only show our good and bad experiences and lessons learned on several issues, related in particular to our wealth, which is linked to the four pillars of competitiveness. In this matter, Paraguay has three pillars of abundance: rich natural resources, clean energy, and an ideal climate for agricultural production and cattle raising. The fourth pillar is having social capital that will allow us to develop knowledge, while maintaining and exercising principles, values, and ethics. From this emerges the importance of the Czech Republic’s model of education and productivity.

You are also the author of the Paraguay national nuclear law, and between 2012 and 2013 were the National Defence Council’s director general for science and technology. Do you see any hazards in this area due to the war in Ukraine?

Of course, we are living in challenging times. Paraguay has expressed its concern regarding the serious risk posed by the lack of control over nuclear and radioactive materials from the Zaporizhzhia and Chornobyl nuclear power plants by the Ukrainian regulatory authorities. My country has advocated, and will continue doing so, for the peaceful re- solution of the crisis and for the involved parties to choose the path of diplomacy, following the current internationally recognized mechanisms. In the multilateral fora, Paraguay co-sponsored the UNGA Resolutions ES-11/1 and ES-11/2, and has also supported the resolution regarding the suspension of the Russian Federation from the Human Rights Council.

This interview was done on the occasion of Paraguay’s National Day. What would you wish your country? And for the Czech Republic?

My wish for both countries is that we continue with the same resolve to build, safeguard, and develop our counries in the spirit of the sanctity of human dignity and freedom. I wish that we remain free societies enjoying equal rights, and that we remain conscious of our duties towards each other and our responsibility towards the community and future generations, based on respect for human rights and the principles of civility.